To toast to National Pig Day on March 1, BourbonBlog.com suggests the recipes and treats which take on the theme of the “Pig” and/or include bacon.

For the BBQ Water:

Combine 2 oz. of your favorite Bourbon, 1 oz. honey-infused Bourbon, and a 1/4 oz. of BBQ Water and squeeze of a quarter of an orange in cocktail shaker and shake over ice. Strain and pour into martini glass.

Dry shake a fourth of a bottle of Hefeweizen beer (hold tight to shaker as carbonation may cause shaker to explode). Spoon beer foam over top of the cocktail to garnish.

You don’t need a recipe for this one as what is in the bottle is the “Perfect Pig!”   BourbonBlog.com‘s Tom Fischer  interviews  Raj Bhakta, Founder/ CEO of WhistlePig Rye Whiskey  in the video below. This might be the tastiest pig you’ll ever have.  To learn more about WhistlePig Straight Rye Whiskey, 10 Year Old, 100 Proof 100% Rye hand bottled WhistlePig Farm in Shoreham, Vermont, read our review here. 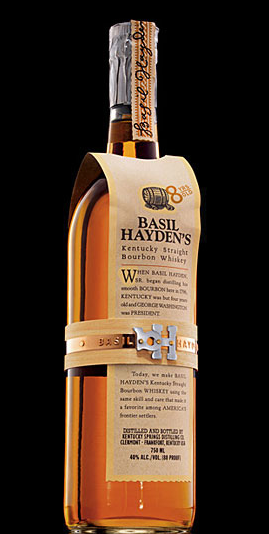 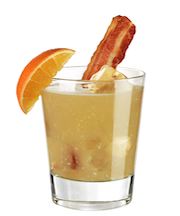 Preparation:
* Cook bacon in the oven until it is crispy on the outsides but still chewy in the center.
* Place bacon on paper towel to remove some of the rendering.
* Place cooked bacon in a glass jar with two 750 ml bottles of St-Germain and allow it to infuse for 24 hours at
room temperature.
* Remove bacon.
* Place liqueur in the freezer so renderings congeal and you can remove them.
* Strain through a fine mesh strainer and cheese cloth to remove as much rendering as possible.
* Repeat freezer step if needed and strain again.
* Refrigerate until ready for use. 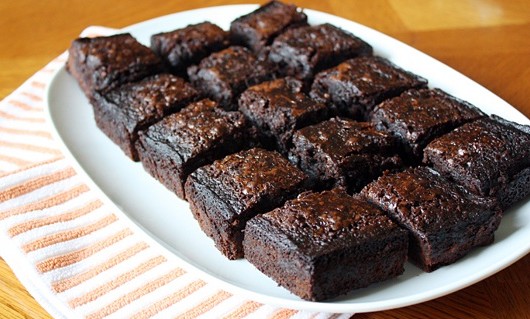 1. Preheat oven according to directions on package for and 8 x 8-inch pan.
2. Prepare brownie mix according to package instructions.
3. Fold in crumbled bacon; stir in 3 tbsp bourbon.
4. Pour brownie batter into a lightly greased 8 x 8-inch pan. Bake as directed on package (about an hour), or until a toothpick inserted two inches from the edge of the pan comes out mostly clean.
5. Remove brownies from oven and immediately (and carefully) pour 1/4 cup bourbon on them. Cool in refrigerator completely before slicing and serving.

Recipe by Stephanie Wise of GirlVersusDough.com, and originally discovered on Tablespoon.com

Smackin-Cracklin Bacon by BourbonBlog.com Chef/Mixologist Stephen Dennison
What you will need:

In sauté pan, add butter and rum. Melt on medium heat until incorporated, whisking occasionally. Add sugar and whisk until fully incorporated. Reduce heat to low. Add bacon, taking care not to over-crowd the pan. Allow bacon to sit in the glaze for 2 minutes. Remove and place upon the sheet pan, wiped free of excess bacon fat and sprayed with food release. Do not allow the bacon slices to touch each other! Pepper, to taste. Allow to set for at least 3 minutes prior to serving. 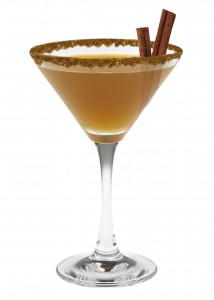 Rim the glass with Sweet Vermouth dip in 1/2 cup brown sugar and a dash nutmeg, 1 and 1/2 oz of bacon infused Woodford Reserve Bourbon, 3/4 oz of Tuaca, put in shaker of ice, shake and strain in rimmed glass and add cinnamon stick for garnish.

John entered this Smoky Reserve Manhattan for competition during the Manhattan Experience and Craft the Ultimate Manhattan Contest in Seattle at Amber with Woodford Reserve and Esquire magazine, read more about it here. 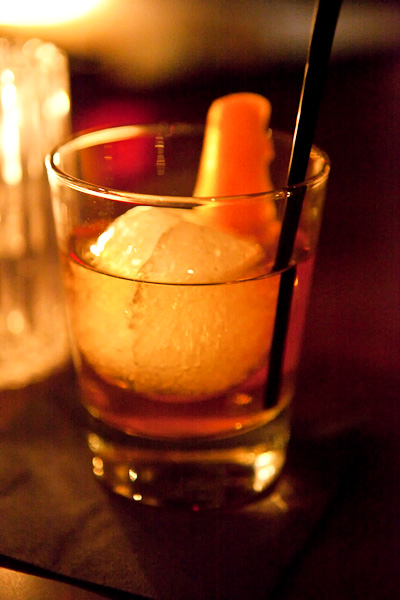 Cook the bacon slowly over medium-low heat until all the fat renders. (Save the cooked bacon for another use.) Infuse the bacon fat into the bourbon using the fat-washing technique, which adds the flavors of a fat into the spirit. To do so, pour the fat into a large glass jar and add the spirit, then swirl together. Cover and let the mixture sit in a cool, dry place for three days to one week, then refrigerate for 24 hours. The fat will solidify and separate. Pour through a strainer lined with coffee filters to strain.

In a cocktail shaker, combine two ounces of the bourbon, the brown-sugar simple syrup (made by combining equal parts sugar and water and simmering over medium heat until the sugar dissolves), and the bitters. Add ice, shake well, and serve in a rocks glass. Garnish with a bacon curl. Makes one Bacon Old-Fashioned. 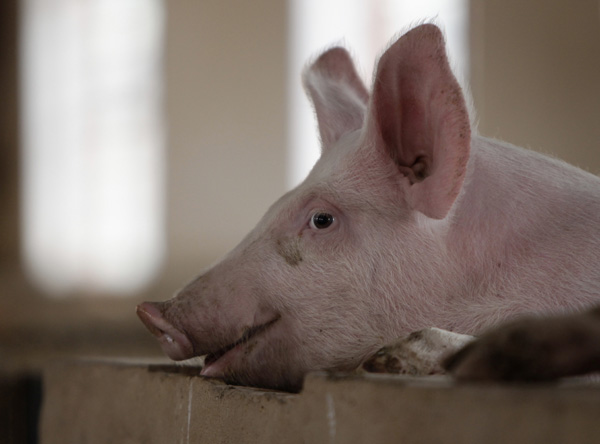