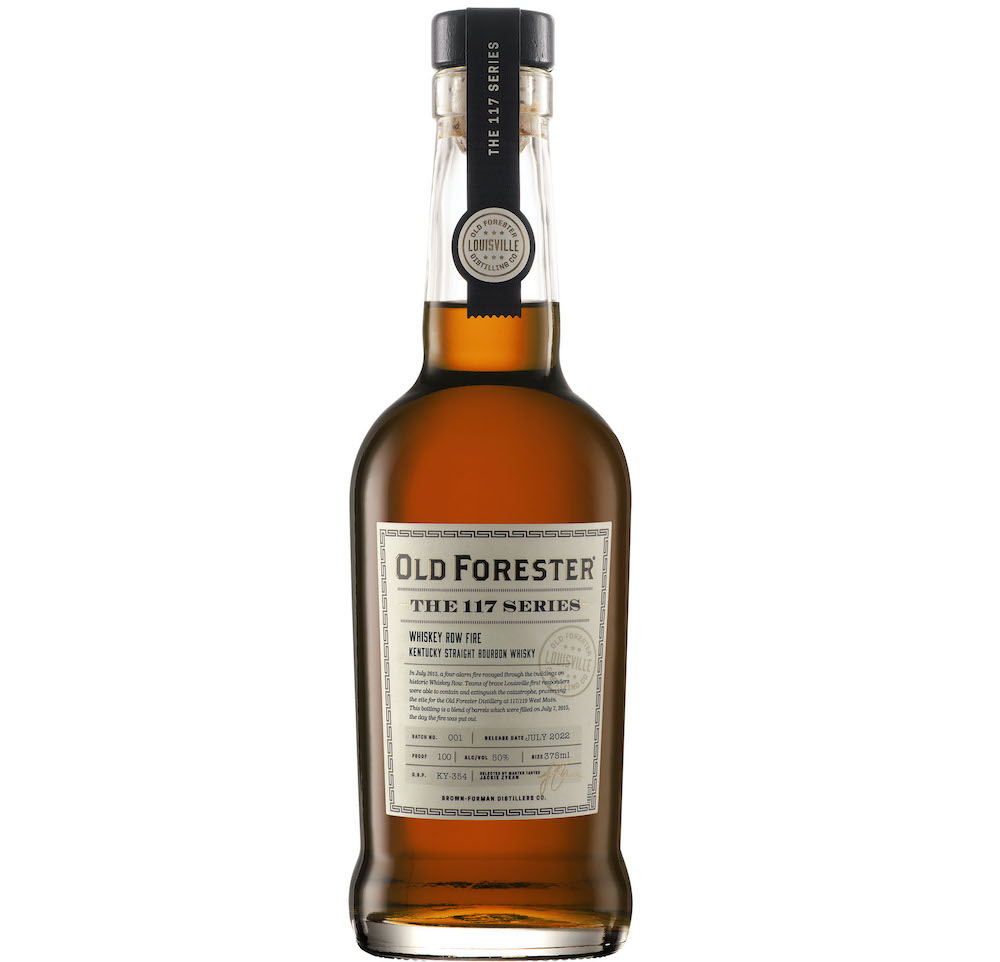 Old Forester tells BourbonBlog.com it has released the newest installment of The 117 Series – Whiskey Row Fire. At nearly 7 years old – these barrels are fully mature and wise in character.

This commemorative bottle honors the 117th anniversary of the fire on Whiskey Row that nearly destroyed the historic block. The photo below is from a recent event that honored the firefighters and all those that helped.

The 117 Series is a limited-expression le is bottled at 100 proof and is available while supplies last the retail shop at Old Forester Distilling Co. for $59.99 in limited quantities

The 117 Series is a limited-expression lineup that debuted in Spring 2021. 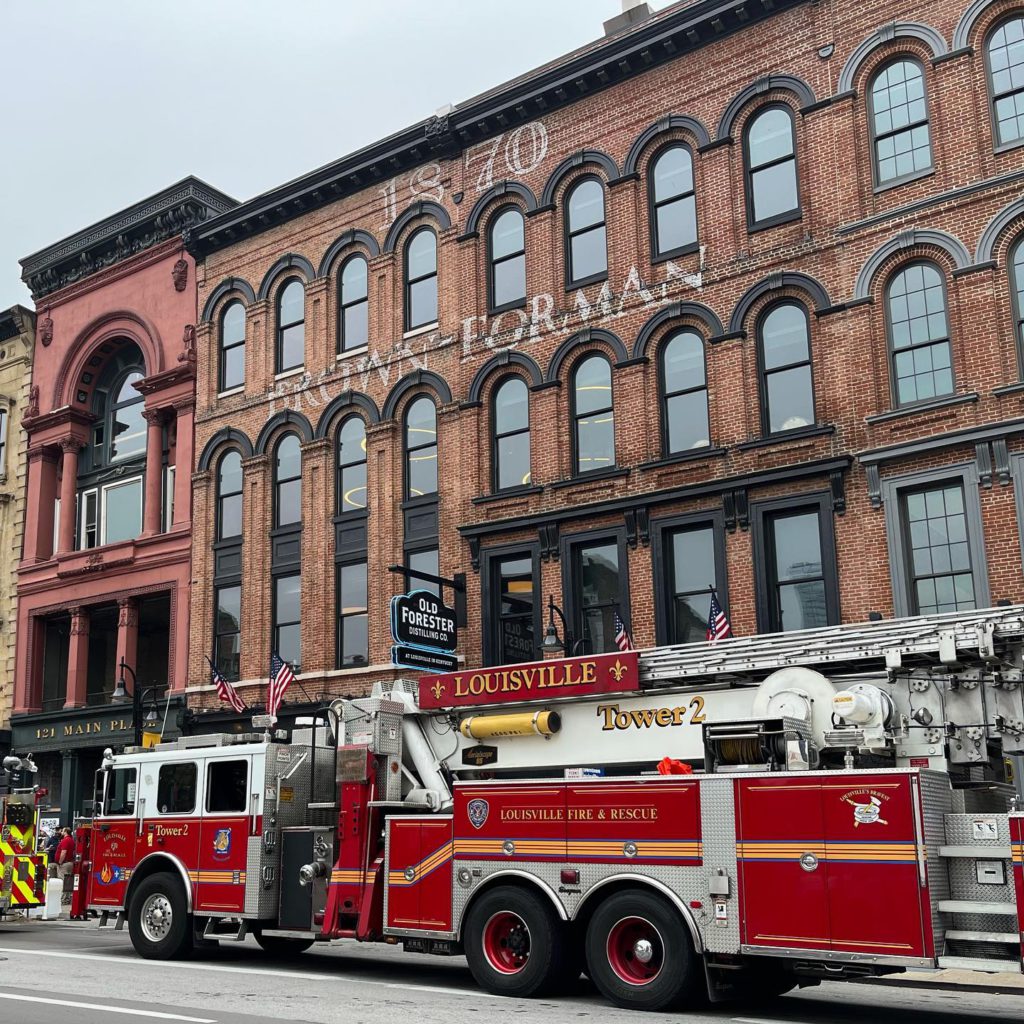 The Story of the Fire

In 2020, men and women of Louisville Fire, many of whom fought the blaze, selected eight single barrels from a lot filled the same day they extinguished the fire. All 8 barrels sold out in
two days and proceeds were donated to the Louisville Firefighter Disaster Fund. The remainder of the barrels filled that day slumbered an additional two years in the
warehouse and are now batched together to create the 117 Series – Fireman Barrels.

“I remember that day and that fire vividly,” Louisville Fire Chief Greg Frederick said. “We are extremely proud of our brave firefighters who risked their lives and saved the block.”
On July 7, 2015, a four-alarm fire ravaged the buildings on historic Whiskey Row in downtown Louisville. Teams of brave Louisville first responders were able to contain and extinguish the
catastrophe, preserving the site for the Old Forester Distillery at 117/119 West Main. The block is now home to restaurants, bars, a hotel, and other businesses – and has become a tourist
destination.

Frederick and Louisville Fire Department members were special guests of Old Forester and toured the distillery pictured above.

In addition, Old Forester is making a charity donation to the Louisville Fire Department to help firefighters who are in distress.