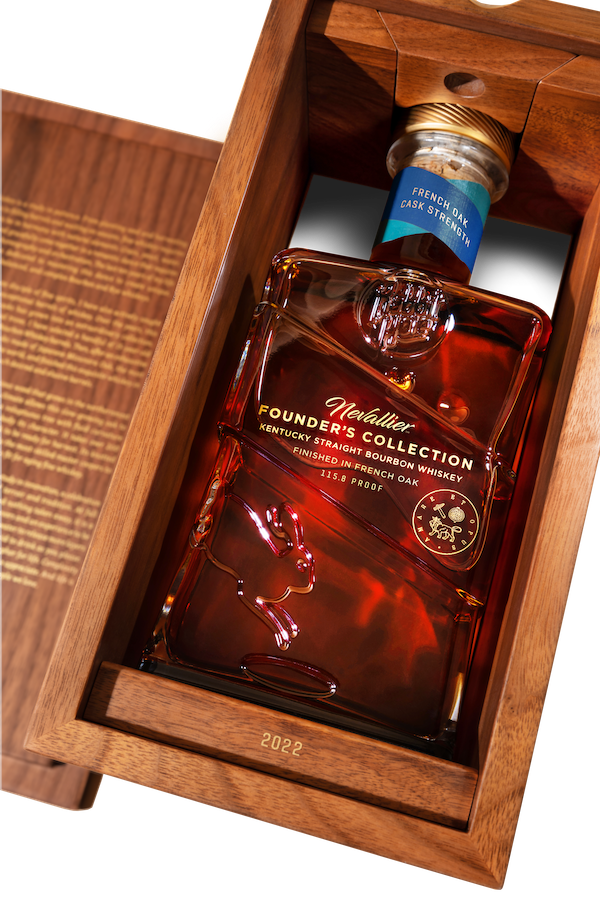 Rabbit Hole Distillery of Louisville tells BourbonBlog.com they are launching their fourth Founder’s Collection release in June 2022. Called Nevallier, the limited-edition Kentucky Straight Bourbon was aged for 16 years, representing 15 years in new charred American oak barrels and a full year of finishing in new French Oak barrels crafted from the Nevers and Allier forests of France.

The two names of the forests combine to create the name, “Nevallier.”

In creating Nevallier, Kaveh Zamanian set out to explore how bourbon could be transformed by French Oak, and the result is a whiskey that is completely unique in relation to the other whiskeys he’s produced.

With Nevallier, Kaveh explores the sensory impact of French oak maturation on bourbon, calling upon terroir and time-honored winemaking techniques to create an expression of originality and singular taste. The limited-edition Kentucky Straight Bourbon was aged for 16 years, representing 15 years in new charred American oak barrels and a full year of finishing in new French Oak barrels sculpted by the virtuoso artisans of Tonnellerie Leroi, one of France’s most renowned cooperages.

Nevallier began with a selection of ten, rare Kentucky Straight high rye bourbon whiskeys chosen by Kaveh from the private collection he began curating before he founded Rabbit Hole.

Kaveh cloistered the charred American oak barrels for 15 years of vibrant seasonality in Kentucky, where the bourbon derived a distinctive flavor from the particular barrel in which it was aged. When blended, the whiskeys came to a stunning conclusion, with elevated layers of aroma, nuance and complexity. 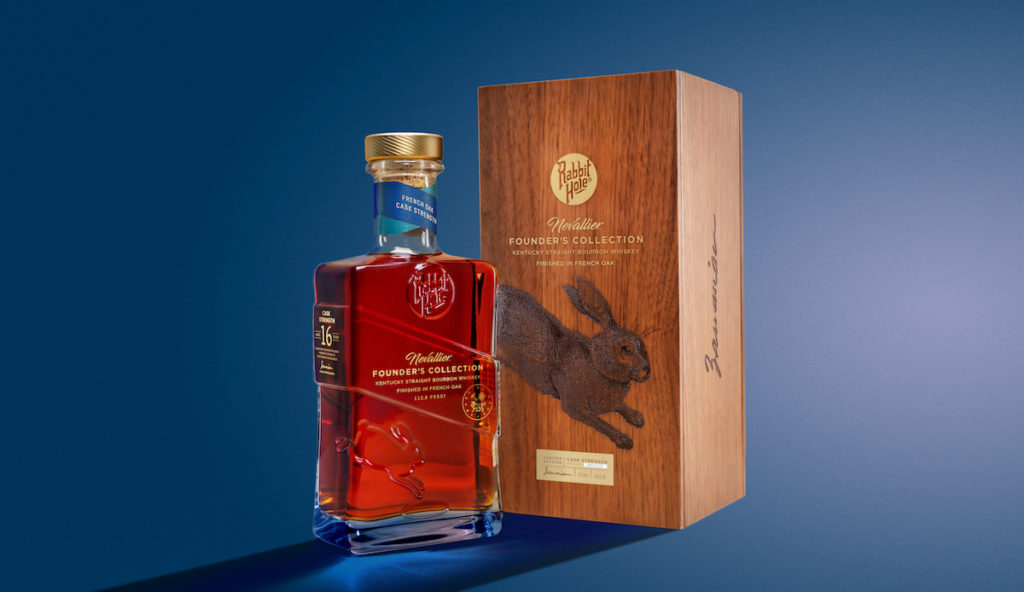 Forest of origin played a pivotal role in the choice of oak that Kaveh selected for the barrels to be used in finishing. Given that the terroir and climate of a region affect the density of the wood’s grain and the manner in which the wood imparts its oak flavors, he ultimately selected oak from the Nevers and Allier forests of central France.

There, the woods are of medium-to-tight grain and release the region’s characteristic oak flavors slowly, while imparting what Rabbit Hole describes as a , “soft tannic structure that discerning winemakers have long favored.”

Rabbit Hole Founder’s Collection started in 2020 in a platform under which Kaveh Zamanian develops special expressions that showcase his creativity and commitment to the artistry of whiskey making. These one-of-a-kind releases are limited edition, cask-strength, and released bi-annually