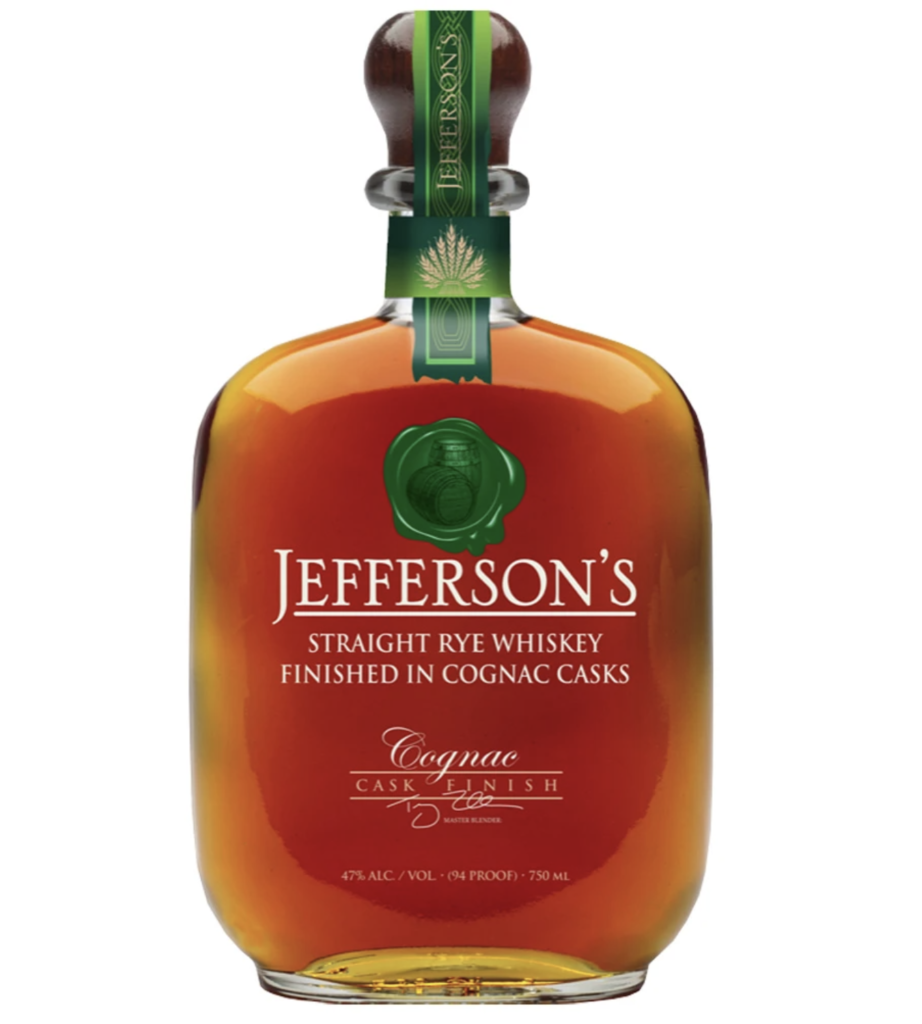 Jefferson’s tells BourbonBlog.com they are releasing the Jefferson’s Rye Cognac Finish. The whiskey is scheduled to be on shelves by the end of March 2021.

This whiskey marries the spice of American Rye with the refinement of cognac. Double-barreled for at least 9 months and up to 19 months, it exemplifies Jefferson’s renowned and innovative maturation techniques. Jefferson’s Rye Cognac Finish (ABV: 47%) It will retail at $69.99 for the 750 ml bottle and be available at venues and retail locations both in-store nationwide and online via Drizly and via ReserveBar.

The brand has been sharing the insights with BourbonBlog.com for a while about this release.

I had the opportunity to taste an early version of this whiskey and I was impressed by the bold notes of the rye against the elegant sweetness of the Cognac finish. When I interviewed Trey Zoeller and about the new single barrel release in the video below for BourbonBlog.com/live, he shared a little on this rye.

For this latest innovation, the double-barreled straight rye whiskey was fully matured prior to being finished in hand-selected Cognac casks.

Ever since the brand’s first rye release in 2008 was a runaway success, Jefferson’s Bourbon Founder, Trey Zoeller says he has been eager to revisit the category and put his signature stamp of innovation on rye.

Zoeller took fully matured whiskey and finished it in ex-Cognac casks to bevel the edges, round out the flavor profile, and add dimension. This imparted complexities intrinsic to Cognac while maintaining a strong rye backbone, resulting in an elegant spirit with spice upfront, notes of orange, peach, and honey, and a lingering, luscious finish and a full-bodied mouthfeel.

“I wanted to look at rye through a new lens and elevate it past the supporting role it’s commonly associated with,” Zoeller tells us. “The spirit’s spice and character have historically made it an ideal base for cocktails, but Jefferson’s Rye Cognac Finish is just as well-suited for sipping.”

To be first to learn about other releases like this, visit BourbonBlog.com/signup.