On Wednesday, January 20, we’ll welcome Rick Molitor, head distiller and managing partner of New Basin Distilling to our BourbonBlog Live Show to learn more about his American Light Whiskeys – Strong and Strongest. Watch live on the link above or on BourbonBlog.com/live

American Light Whiskey is a category that has been said to have “saved bourbon”. This obscure classification was created in response to the trends and palate preferences of the 1970s when lighter spirits like gin and vodka proved popular. At the time, the U.S was also seeing more imported whiskeys with a lighter taste profile from countries like Canada, Scotland, and Ireland.

Determined to remain competitive, distillers worked with the U.S. Government to approve “American Light Whiskey” as an official classification. According to the TTB, American Light Whiskey is an American-made whiskey that’s distilled between 160 and 190 proof and aged for any length of time in either used or uncharred new oak barrels. This whiskey can contain any grain bill in the mash, but you’ll find that American light whiskey, with it’s higher alcohol content, is traditionally light on grain flavor overall.

While the category saw some initial interest after launching with brands like Four Roses Premium Light Whiskey and Crow Light, it didn’t stick in the same way distillers had hoped. Fast forward nearly fifty years and brown spirits are back on top. With more interest in the category, there’s more experimentation, and even more American Light Whiskeys popping up – High West Distillery launched one a few years back and New Basin Distilling in Madras, Oregon, has been a part of the resurgence.

Both of New Basin’s American Light Whiskeys are named after Jedediah Strong Smith, an early settler who traveled from the East Coast to Oregon. 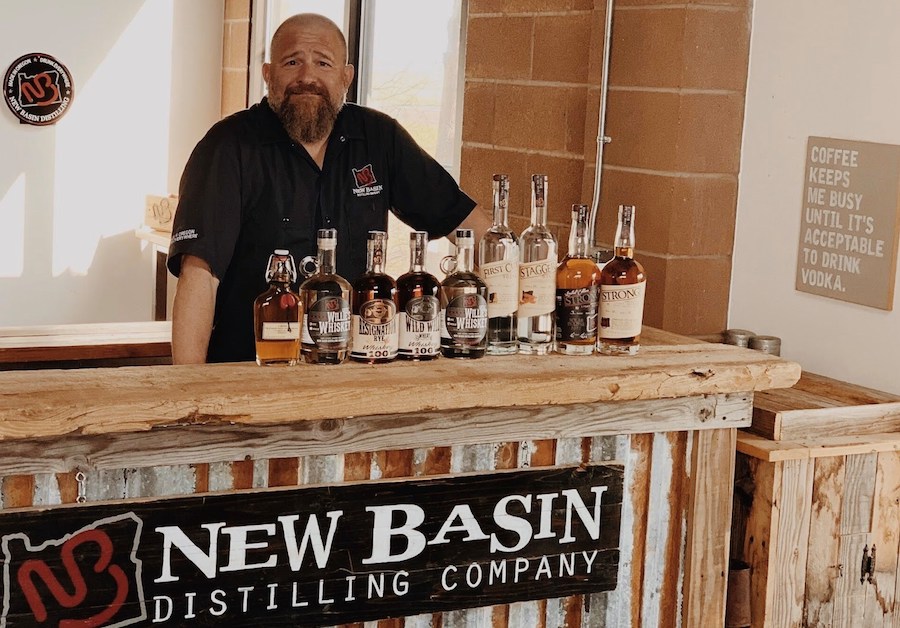 New Basin’s Strongest American Light Whiskey is aged for 13 years, presented at barrel proof (133.4), and contains notes of vanilla, toasted marshmallow, and caramel. SIP Magazine recently awarded the whiskey a Platinum proving the whiskey isn’t just a kitschy throwback to a category that had all but died out. Molitor notes that the whiskey is just as good for a new whiskey drinker as it is for a whiskey enthusiast who likes to explore new styles.

He ages the barrels of his American Light Whiskey in the high desert of Central Oregon. On average, Strong is aged for three years and Strongest is aged for over 13. Molitor cuts Strong, an 80-proof whiskey, with water from the nearby Opal Springs, while Strongest is barrel proof, no added water. He does a light filter that eliminates any minor sediment and adds character and flavor.

While his American Light Whiskeys don’t have a heavy grain influence, Molitor and his four partners, who have agricultural backgrounds, do offer up a rye, wheat and Irish-style whiskey. The group of friends turned distillery owners like to share their farm-to-bottle approach using grain from their farms in the spirits.

We’ll be curious to watch how both New Basin and the American Light Whiskey category evolves. Drop us a comment below if you’ve tried a sip. 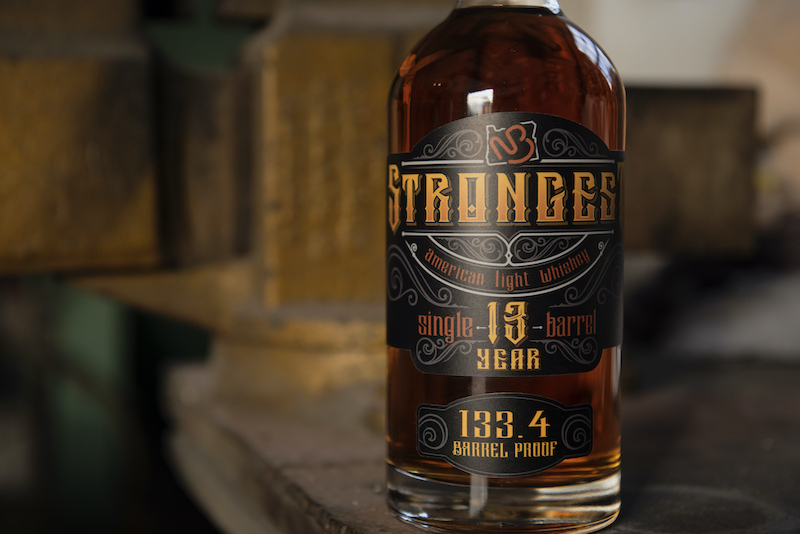