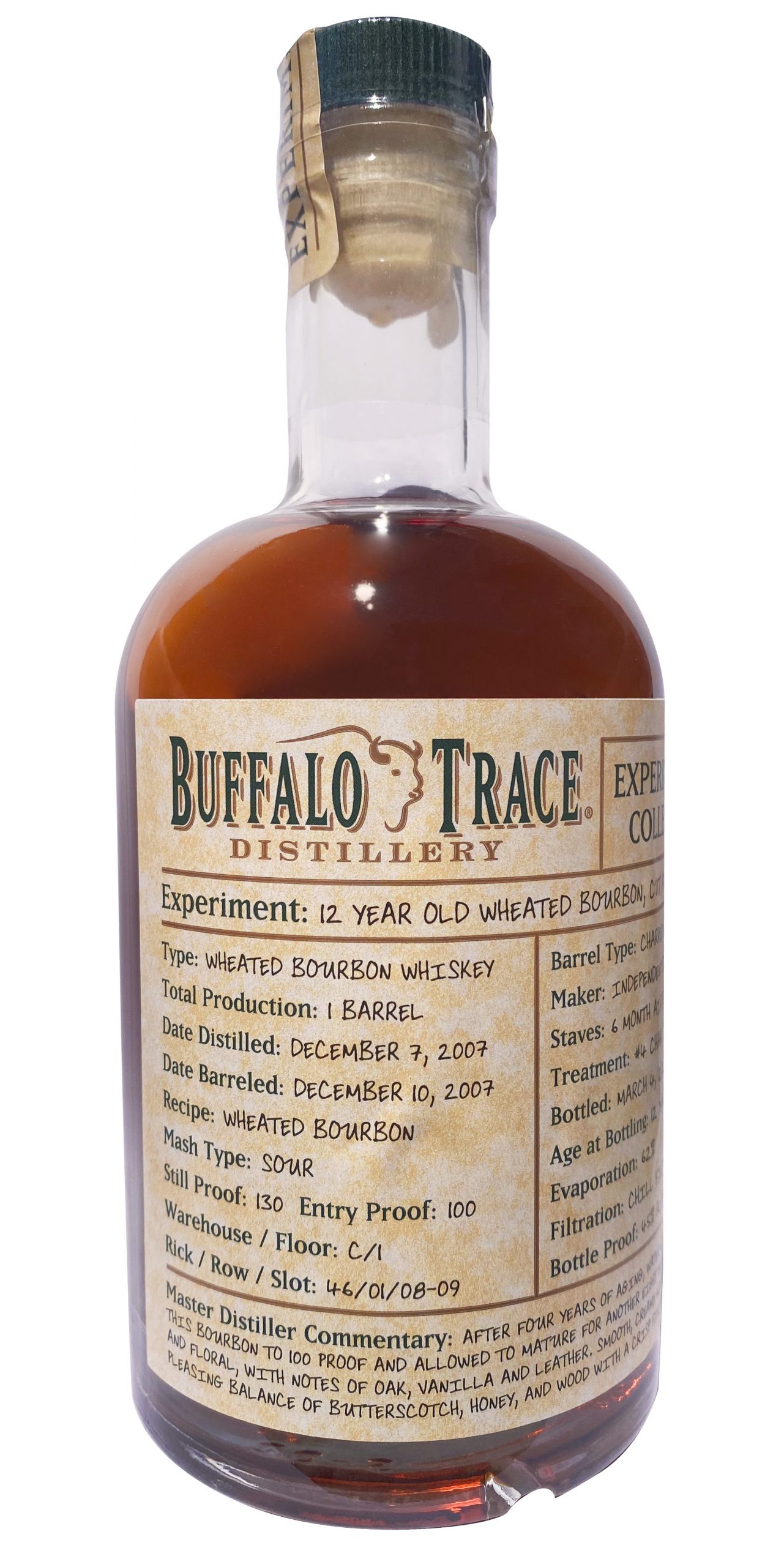 Buffalo Trace Distillery tells BourbonBlog.com that they are releasing first experimental whiskey for 2020, a 12 Yeard Old Wheated Bourbon. This wheat recipe bourbon aged for four years, cut with water, then re-barreled and left to age for another eight years. The Experimental Collection is packaged in 375ml bottles, and each label includes all the pertinent information unique to that barrel of whiskey. These whiskeys retail for approximately $46.99 each and will be available in May with limited availability.

The barrel, filled with Buffalo Trace’s wheat mash recipe and entered into the barrel at 114 proof, was put away to age in one new barrel on Dec. 10, 2007. After four years of aging in Warehouse C the barrel was removed, the bourbon was cut with water to lower it down to 100 proof, and then put back into the same barrel and left to age another eight years in the same warehouse.

“We’ve always known water was a necessary component in making whiskey,” Master Distiller Harlen Wheatley tells us. “This experiment helped us to understand how important a role water actually plays in whiskey production. The result of this experiment led us to a bourbon that is actually one of my favorite experiments.”

Wheatley describes this bourbon as having a “nose that is sweet and floral, with notes of oak, vanilla, and a bit of leather. There’s a really smooth creamy mouthfeel here. The taste is a pleasing balance of butterscotch, honey, and wood with a crisp finish.”

Some examples of experiments include unique mash bills, types of wood, and different barrel toasts. Buffalo Trace also has an experimental warehouse, Warehouse X, which is designed to explore the extent of environmental influences on the flavor profiles of whiskey.

For more updates on Bourbon releases, subscribe to our newsletter on this link. 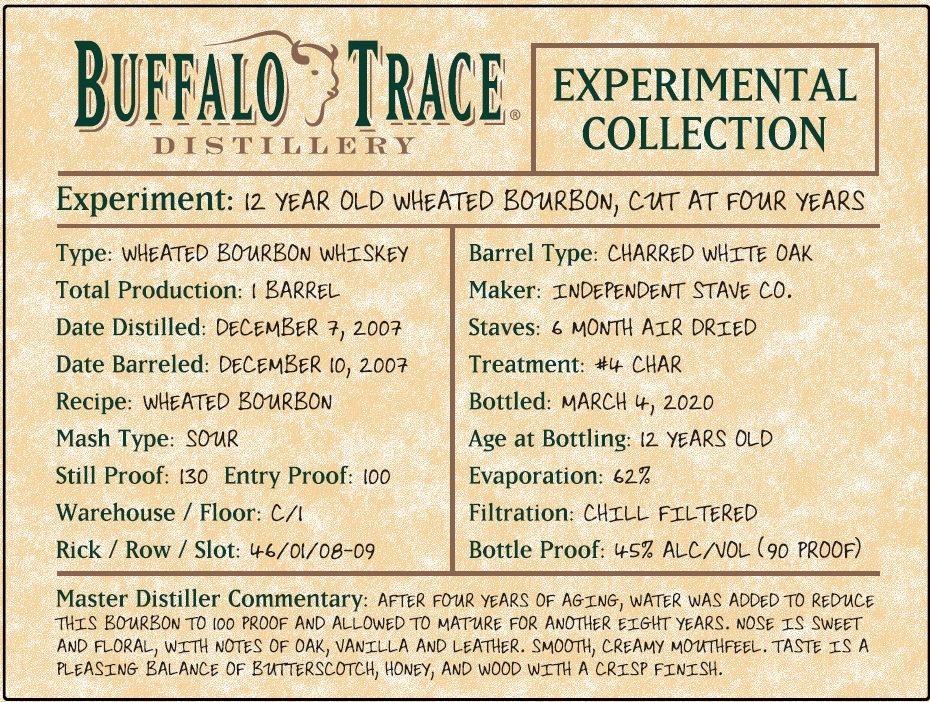