In celebration of the limited releases, a 3-course meal, complete with collaboration cocktails, will be held on March 18, 2020, at 6:30 pm at Copper & Kings American Brandy Company.

The menu, details, and tickets for this dinner prepared Chef Dallas McGarity can be found on this link.

“At Copper & Kings, we have a philosophy and culture of working with friends in the industry,” Copper & Kings owner and founder Joe Heron tells BourbonBlog.com. “We are particularly close to the Kentucky Peerless team and decided to marry our spirits together in terms of not only our attitude but also our liquor.”

Owner and Fourth Generation Kentucky Peerless Corky Taylor explains, “Joe has always been a good friend of mine and it has been an honor to work with him. We are really excited to share the friendship between Kentucky Peerless and Copper and Kings with others through this collaboration.”

Peerless Master Distiller Caleb Kilburn describe, “I devised one of the most unique and flavorful barrel finishes that has ever been made: a Peerless Rye Whiskey finished in a Copper and Kings Barrel-Aged Absinthe [barrel.] I wanted something that would provide the perfect contrasting notes to allow both the rye and the absinthe to be appreciated.”

We’ll bring you more about this release and tasting reviews of both on BourbonBlog.com. 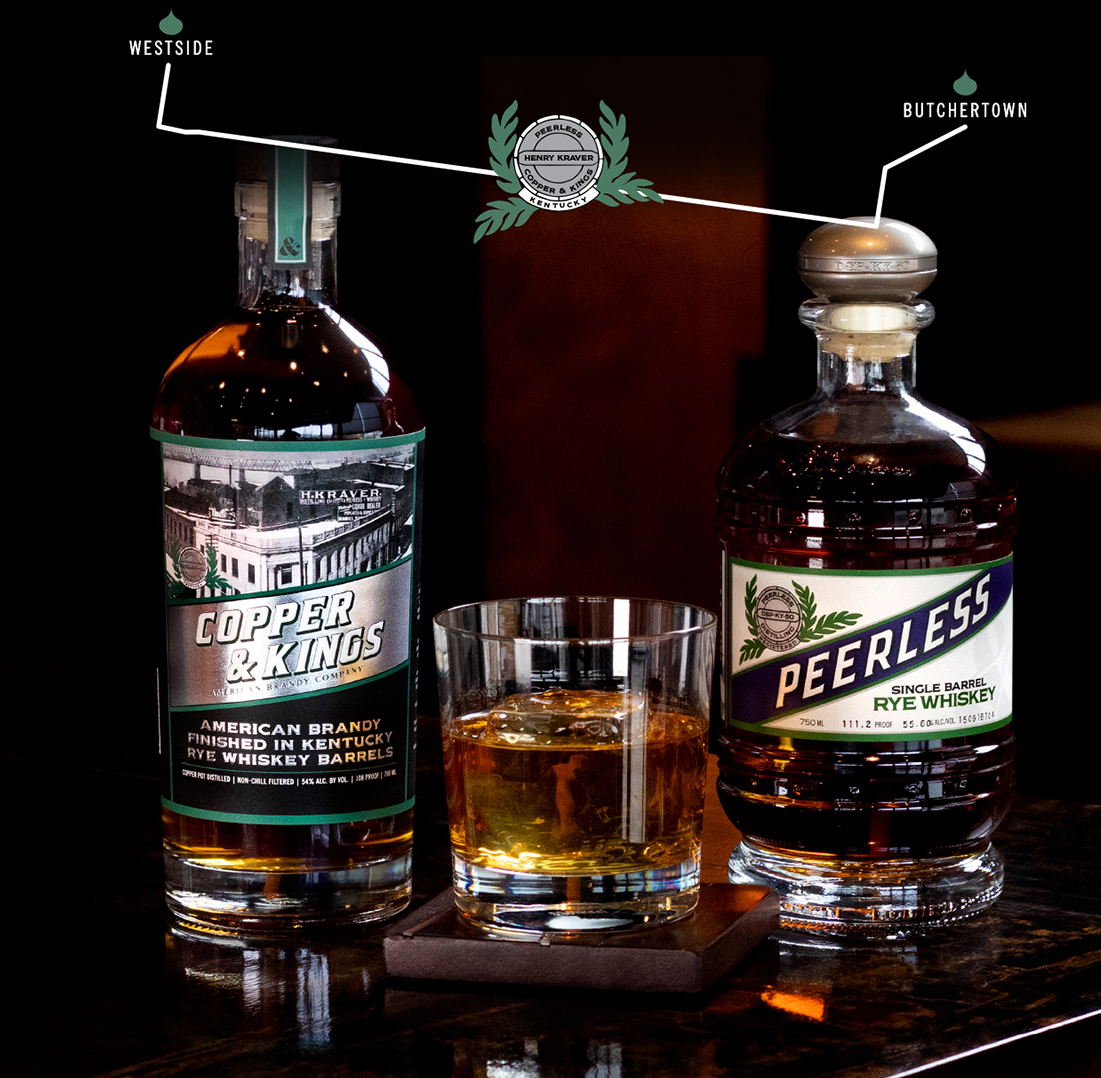