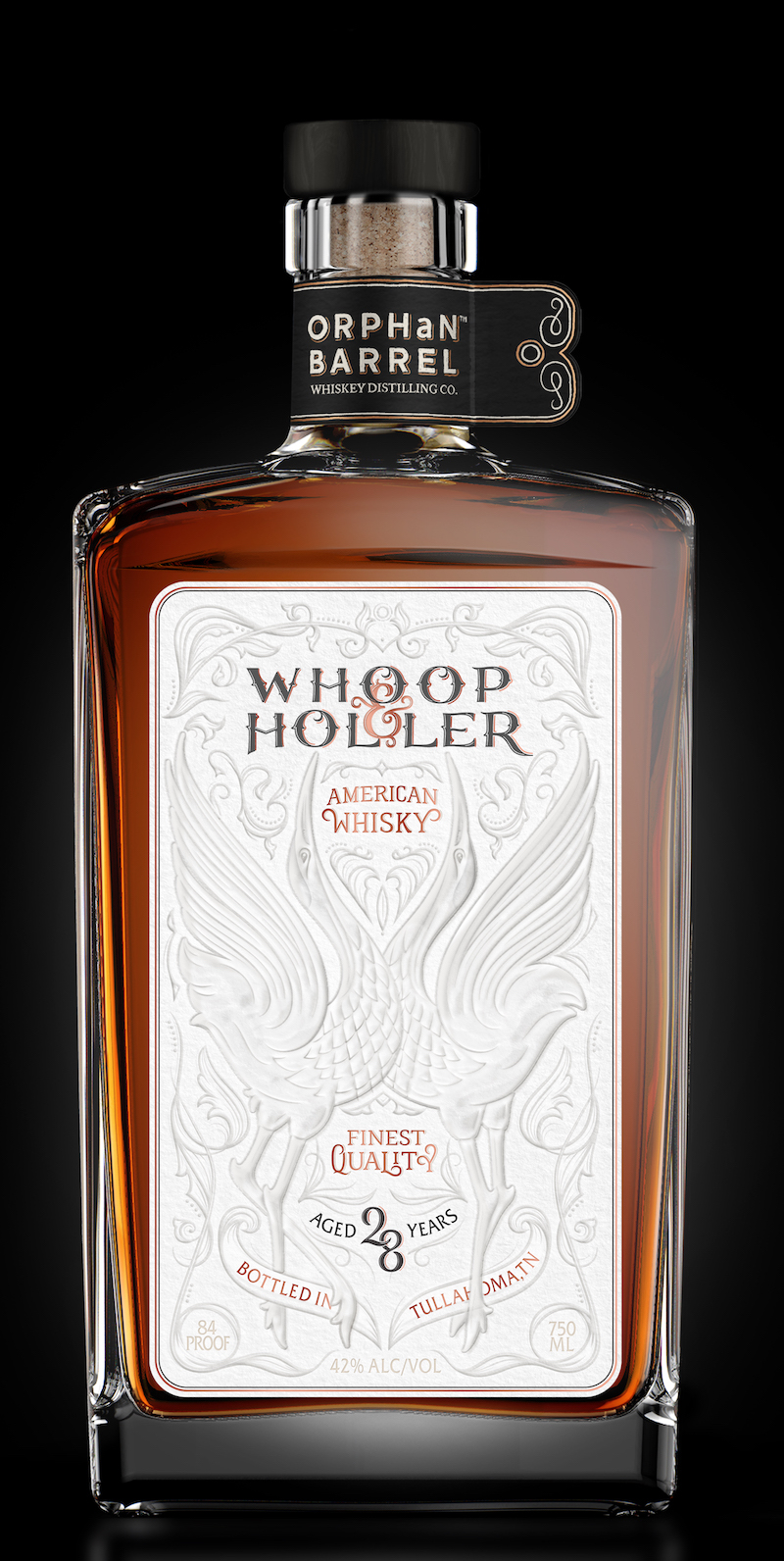 Whoop & Holler is oldest aged whiskey of the collection yet released. It is a style of Tennessee whisky first chilled and then charcoal mellowed with Tennessee sugar maple charcoal that is burned on-site.   It will be a single year release, distilled and- bottled at George Dickel Distillery in Tullahoma, Tennessee.

Diageo says name comes from an enthusiastic howl inTennessee. This is embodied by the bottle illustrations showing two whooping cranes whose calls can cary several miles.

In 2013, BourbonBlog.com was first to break the story on the Orphan Barrel collection.

Notes on Whoop & Holler according to Diageo: Beginning with a nose hinting at corn kernel, tobacco, citrus peel and slight honey, Whoop & Holler has unique notes of an aggressive woody oak forward.

Tasting notes are described as spicy peppercorn, clove, and a whisper of dark chocolate and peanut shell tones, leading to a long and dry finish.

We’ll bring you our full review on BourbonBlog.com.