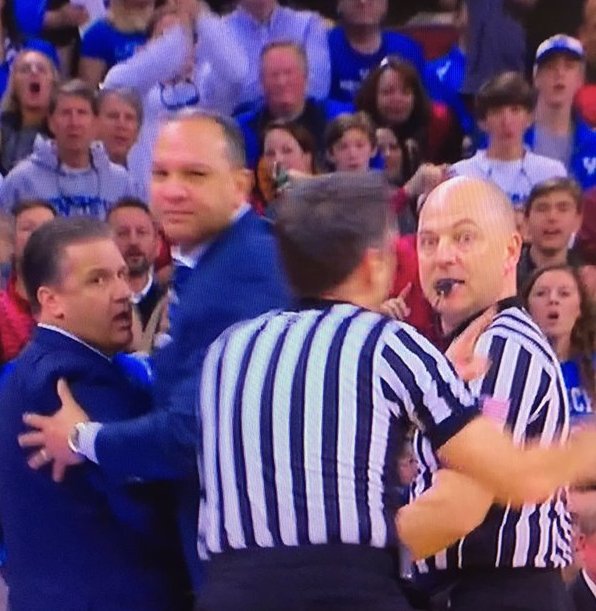 Watch the video above as Coach Calipari has been ejected from the University of Kentucky vs. South Carolina Gamecocks, BourbonBlog.com asks “What Bourbon should Coach Calipari drink as he watched the game from the locker room?” Tell us below under comments on this link and tweet to us at @BourbonBlog with your suggestions.

Coach Calipari said something which earned him the first technical, got in the refs face for the second, then was held off by his players. Somehow, he untucked his shirt in the process. After Gamecocks’ Mindaugas Kacinas was called for an offensive foul for bowling over the Wildcats’ Jamal Murray while contesting for a rebound.

What seemed to trigger it was that the officials did not call a foul on the Gamecocks’ Michael Carrera when he leaped over a pair of Kentucky players and scored.

Subscribe to our free Bourbon newsletter on this link.