The suspect is 45-year-old Gilbert Thomas Curtsinger, who, according to Melton is a 20 year + employee of Buffalo Trace Distillery. While Melton can’t confirm or deny the possibility that Curtsinger has also become a suspect in the Pappy Van Winkle theft of 2013, it seems that there could be a link. 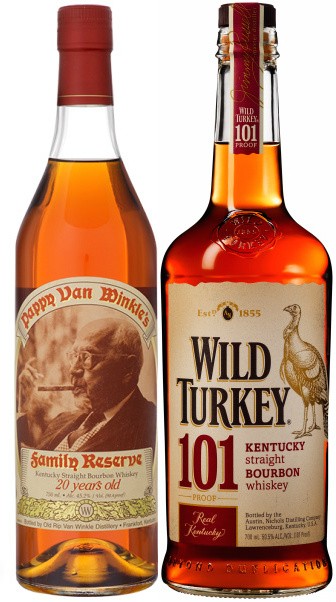 “The Pappy case is still an open and active investigation” says Melton and reminds us that a $10,000 reward to the person who aids authorities with information leading to the capture and conviction of the Pappy Van Winkle thief is still on the table.

While Curtsinger posted bond today, he has been charged with stolen property of $10,000 or more, four counts of second-degree possession of anabolic steroids and possession of drug paraphernalia. Additionally, numerous firearms enhanced the charges. Photos below and above showcase what was seized and found at Curtsinger’s residence as Melton called a press conference today.

The information which led detectives to finding barrels behind Curtsinger’s residence originated from the Franklin County Sheriff’s Text to Tip Hotline.

Because of Curtsinger’s work on the loading docks at Buffalo Trace Distillery and the similar type of theft leave suspicions about the connection to the Pappy Van Winkle heist.

In October of 2013, $26,000 worth of Pappy Van Winkle Bourbon was reported stolen from Buffalo Trace Distillery.

Melton says that Wild Turkey has been fantastic to work with in this investigation. Wild Turkey took samples from the stolen bourbon today and will be analyzing them in the lab to determine the age of the bourbon and other factors.

More information in the coming days which we will bring you on BourbonBlog.com.