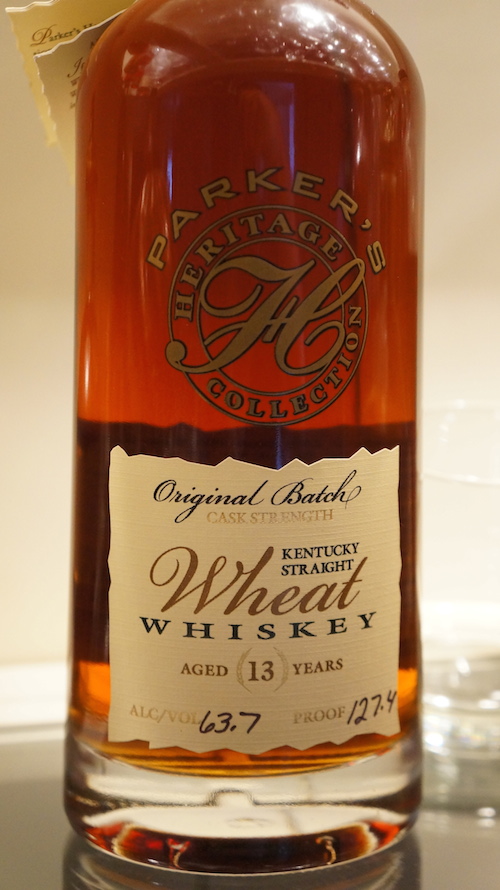 The release will be comprised of two small batch dumps, the first of which will be bottled at 127.4 proof (63.7% ABV). This cask strength and non-chill filtered whiskey aged for 13 years at the top floor of Rickhouse Y at Heaven Hill in Bardstown, Kentucky.

In June 2014, Heaven Hill decided to repackage their Bernheim Original Wheat Whiskey and add a 7 year age statement. With the additional 6 years of maturation on Parker’s Heritage 2014, there is an even greater depth and complexity.

Last year’s edition of Parker’s Heritage Collection, called the “Promise of Hope” release, raised over $300,000 for the ALS Association’s Parker Beam Promise of Hope Fund through a $20 per bottle contribution made from Heaven Hill.

Heaven Hill says they will continue this year with to raise funs and contribute $5 for every bottle of Parker’s Heritage sold.

Subscribe to our free Bourbon Newsletter to be first to learn about new whiskey and bourbon releases like this one.