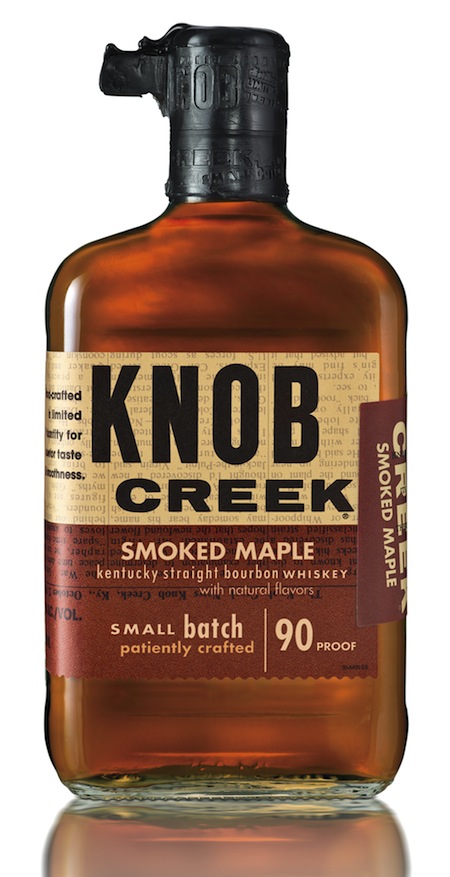 BourbonBlog.com brings you our review of the new Knob Creek Smoked Maple.

We were the first to share the full details with you on BourbonBlog.com about the somewhat historic release of an established premium Bourbon label introducing a flavored expression.

The typical approach many brands take to making flavored whiskeys is to use less than average quality or younger whiskeys.

For this ultimate comparison test, the original the Knob recipe flavors are noticeably there with some nice char and bold barrel midpalate. The finish is semi-sweet but dry and doesn’t linger. 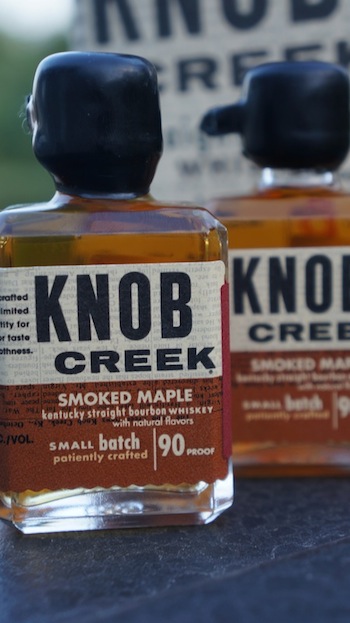 The Pros: The smoke flavor is light and doesn’t taste of fake liquid nor feel aggressive. The smoke even reminds us of some of the times we’ve spent with Fred Knoe in his smokehouse (watch the video below)

The maple flavor isn’t overly sweet and is rounded out by real whiskey flavors.

In addition to just being a sipping whiskey, we predict some tasty creations from bartenders with Smoked Maple.

The Cons: Even though the scales of excellence lean more towards what has been done right than wrong in this new creation, we’d still like to taste a touch more Bourbon.

This Smoked Maple, St. Elmo’s Fire, and Breckenridge’ Spiced Bourbon are closest we’ve tasted to being the winners.

So will we see Basil’s Hayden do a Strawberry Infused, Baker’s a Baking Spice or Booker’s a Chocolate Over-proofed Brownie?

As it likely won’t happen anytime soon, Beam’s strategy for this creation may be two-folds.

Distilleries usually aim to hook in non-Bourbon consumers with lower quality flavored Bourbons. However, they may have over-delivered here giving even the Knob Creek fan base something to be tempted to try.

Or is Beam’s strategy to lure in those non-Bourbon drinkers with a premium name they’ve heard about for years?

If the bartender set a bottle of Knob Creek Smoked Maple down in front of them vs. Red Stag, a pleased consumer may jump right for the better stuff as a next step.

On their own, most Bourbons generally have approach flavors and more quickly become an acquired taste than other whiskies.

However, the industry still views flavored whiskeys as “gateway drugs” and it often works. 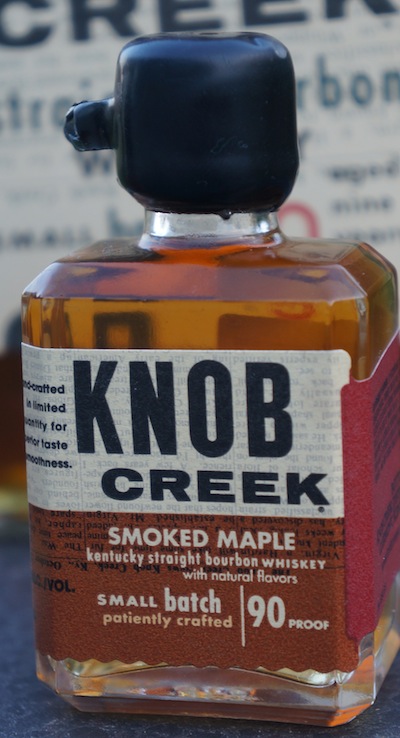 Overall Rating for Knob Creek Smoked Maple: 3.75 out of 5 stars

Subscribe to our free Bourbon Newsletter on this link and be the first to hear about new Bourbon releases like this one.