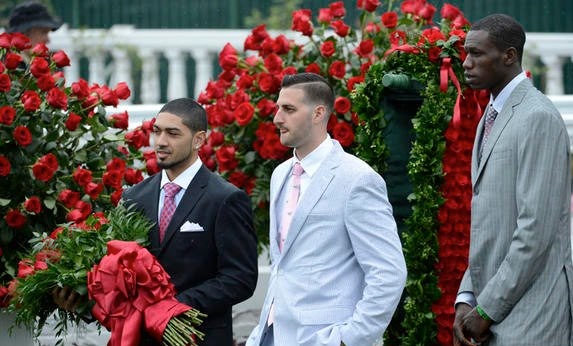 Gorgui was joined in the winner’s circle and carrying the garland of roses by UL teammates Mike Marra and Peyton Siva.

Yet another championship moment in a memorable couple of months for the NCAA champions.

These players were given an enthusiastic welcome by the crowd as they were announced and wore plastic bags over their shoes as they crossed over Churchill Downs’ muddy track to the winner’s circle.

Gorgui decided to forgo his last year at Louisville to enter the 2013 NBA Draft. 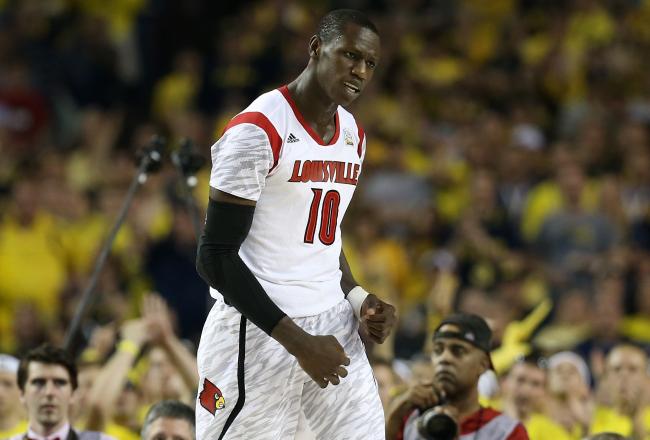 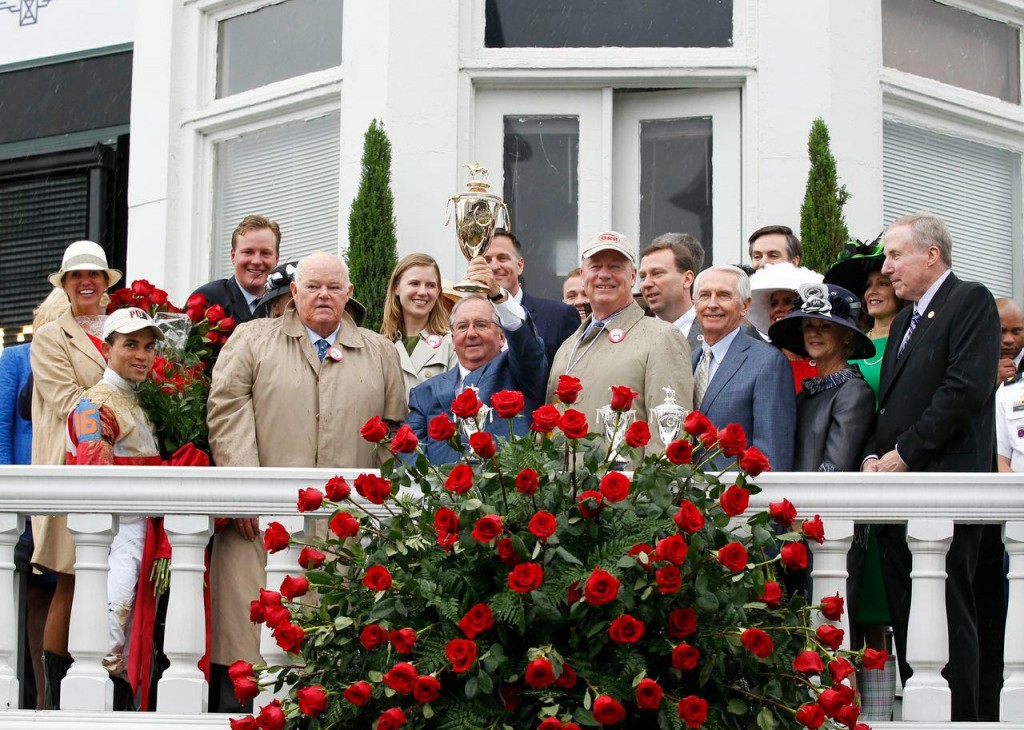