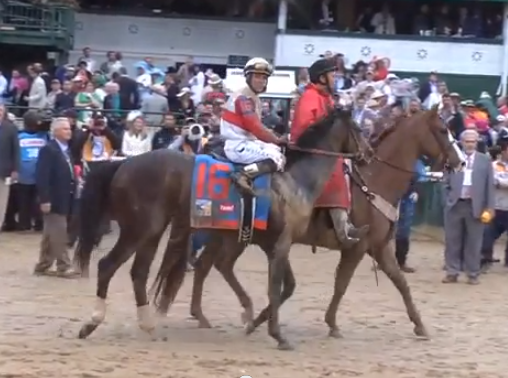 BourbonBlog.com‘s Tom Fischer reports from Kentucky Derby 139 at Churchill Downs in the video above.

Watch the horse race and the fun from our  “spirited” perspective, while we drink Early Times Mint Juleps and watch Orb win the race and check out all of our Kentucky Derby coverage here.

As the race began, Orb made a cautious start on Churchill’s muddy track and was in 17th place halfway through the race. 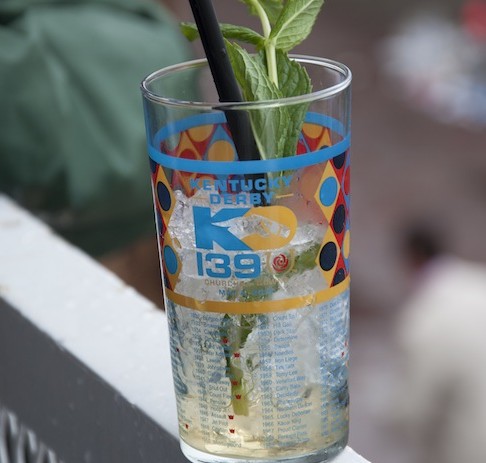 “I feel so good right now, I can’t explain to you,” Rosario said.

Shug says, “I’m not a vacation guy. I like to be at the barn. That’s where I’m comfortable.”

Golden Soul  finished second while Revolutionary, who started the race as second favorite behind Orb, was third in the 19-horse field.

Normandy Invasion finished fourth after leading into the straight while Mylute was fifth ridden by Rosie Napravnik, which marked the best finish by a female jockey in a Kentucky Derby.

Final results and payouts listed below.

Orb, who was bred and trained in Kentucky, emerged as the horse to beat in the annual Run for the Roses after winning four previous races, including the Florida Derby.

He was initially installed as the 7-2 favourite despite drawing gate 16 at Wednesday’s post-position draw but began to drift in the betting as the race approached.

Only a late surge of money saw him start as the 5-1 favourite, just a point ahead of Revolutionary, the Louisiana Derby winner and one of five horses in the trace trained by Todd Pletcher. 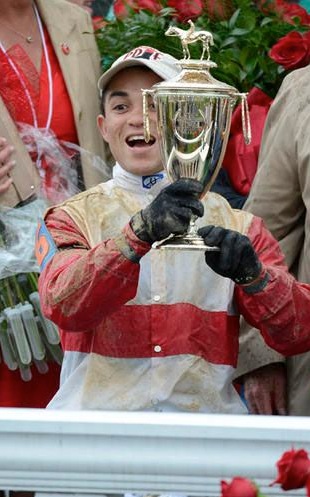 Joel Rosario is a 28-year-old jockey originally from the Dominican Republic.

Joel held his mount back in the early stages of the Derby, which was held on a track drenched by hours of heavy rain. 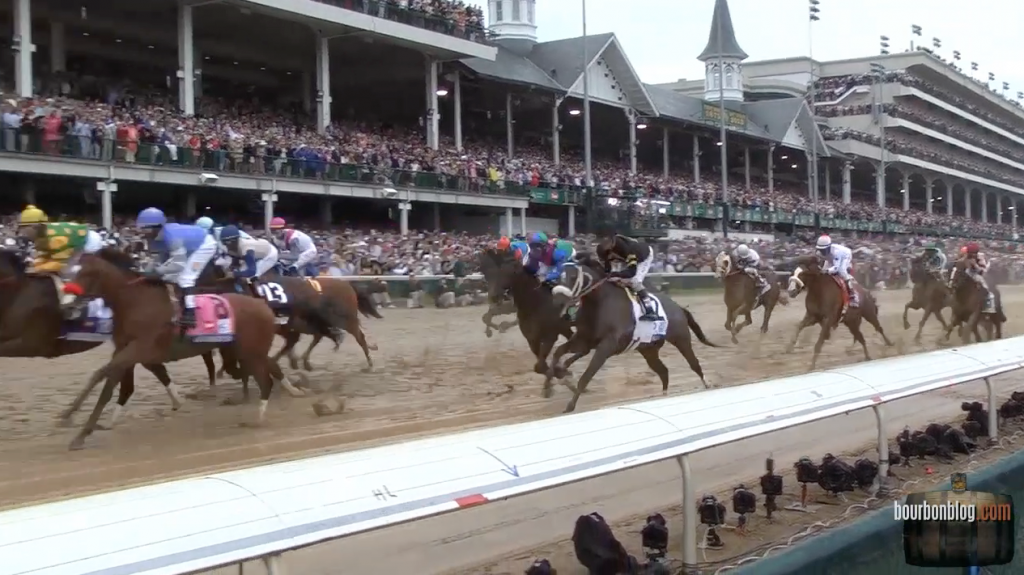 Kentucky Derby 139, horses race Churchill Downs at the Run for the Roses 2013 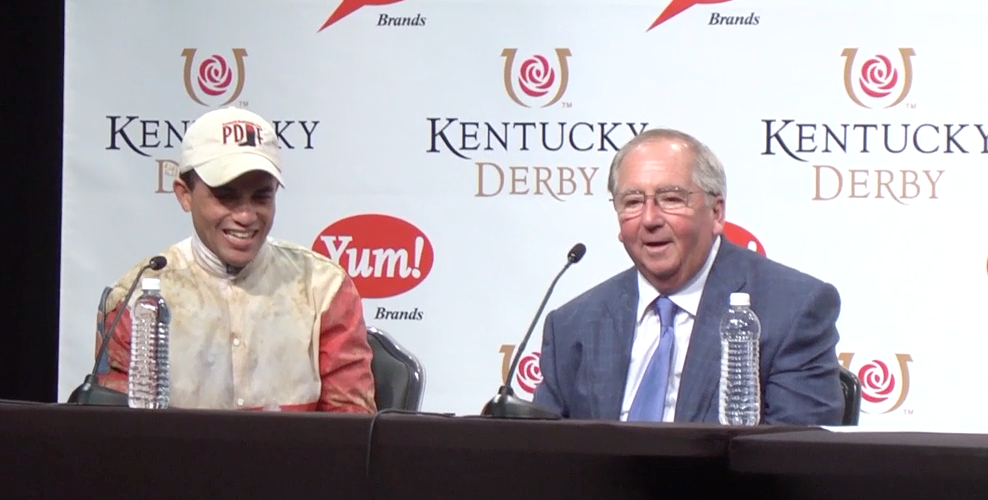 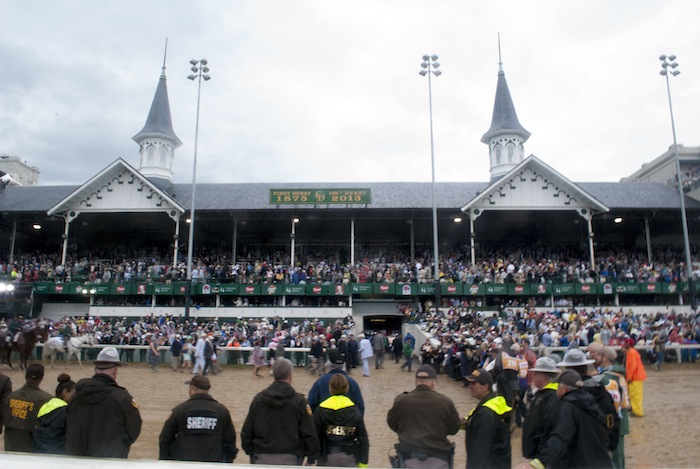 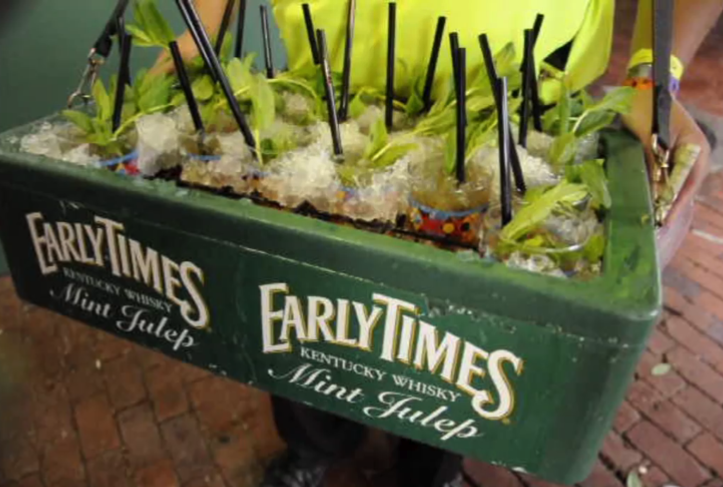 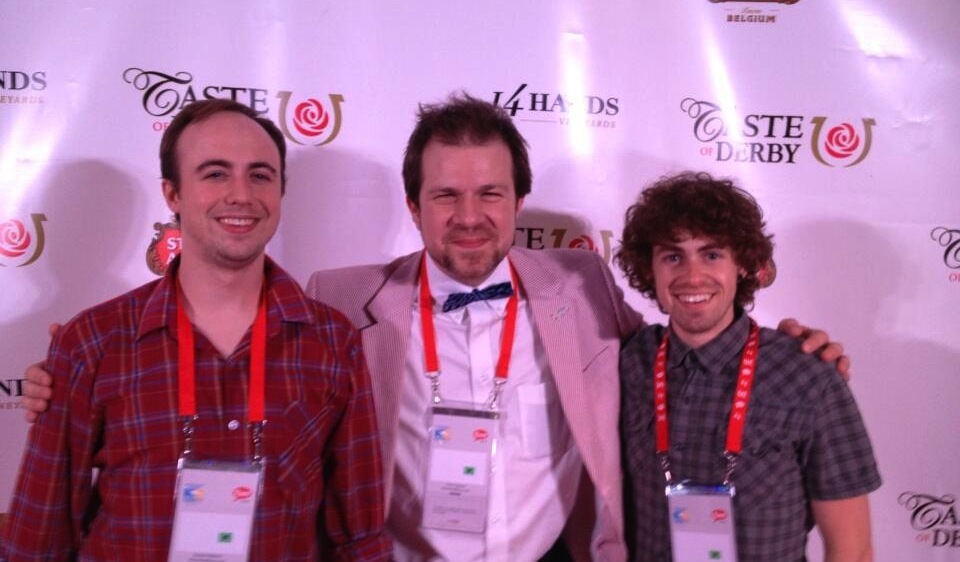 Special thanks to BourbonBlog.com’s film and edit crew for Derby Coverage 2013 including Tyler Gater  (R) and Andy Freudenberg (L) pictured on the red carpet with Tom Fischer