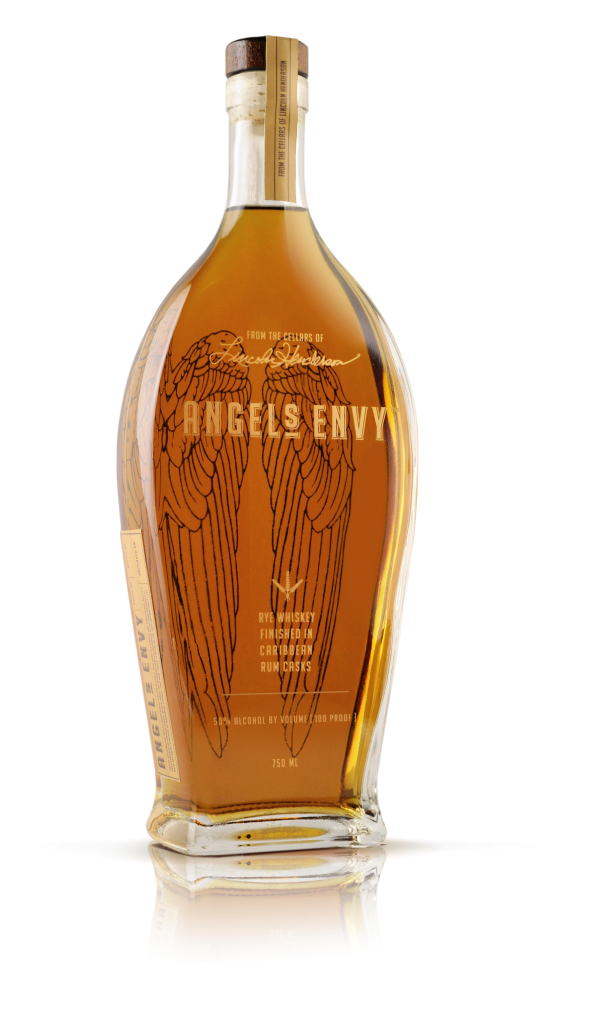 Louisville Distilling Company tells BourbonBlog.com that they will soon release a  limited release of Angel’s Envy Rye. A super-premium whiskey of uncompromising character and quality, this divine creation will only be available in small quantities in less than a dozen states – making it hard to find, but worth the search.

Angel’s Envy Rye is a classic example of famed Master Distiller Lincoln Henderson’s passion for experimenting outside of conventional norms and producing unique expressions steeped in tradition, but finished with a twist.

Angel’s Envy Rye is aged and conditioned according to Lincoln’s specific direction and intuition. A self-proclaimed malcontent, Lincoln chose to use 95% rye and 5% malted barley and aged the whiskey for at least six years in in American new charred oak barrels.

He then finished the whiskey in hand-selected Caribbean rum casks, which began as small French cognac barrels, for up to 18 months. The mingling of raw, spicy and earthy rye notes paired with the sweetness imparted by rum finishing, results in an ultra smooth and accessible ultra-rye whiskey, even at 100 proof (see tasting notes below). Due to the scarcity of the special barrels and the intricacies involved in the finishing process, Angel’s Envy will only release 2,500 9-liter cases.

“We considered finishing a spirit in rum casks for some time and ultimately felt that the spiciness of a well-rounded rye provided the best pairing,” Lincoln Henderson, Master Distiller, Angel’s Envy tells BourbonBlog.com. “We sourced and sampled more than 100 different rums, before unanimously choosing one with extraordinary richness that perfectly marries with our rye whiskey.”

The Louisville Distilling Company gave Lincoln complete creative freedom to achieve a specific taste profile for Angel’s Envy Rye. An inaugural member in the Bourbon Hall of Fame, he prefers the original way of producing whiskey – making decisions based on the specific taste profile he wants to achieve – even if it means releasing in select markets and limited quantities.

So far, it has served him well.  Angel’s Envy (flagship) finished 2012 as the 5th fastest growing whiskey. Wine Enthusiast Magazine awarded Angel’s Envy 98 points – the highest-ever rating for a bourbon. The world’s best bourbon also received a 93 rating from Whisky Advocate and was named the 2013 Editor’s Top Pick Award Of Excellence by Beverage Industry News.

And BourbonBlog.com continues to be the first to review Angel’s Envy whiskies as we will bring you our video review of this new release soon!

Rye is a natural progression for Angel’s Envy, the super-premium artisan port finished bourbon. Its’ success proves that whiskey enthusiasts will embrace non-traditional, one-of-a-kind expressions of whiskey. As one of the original pioneers of the premium bourbon and whiskey categories in the U.S. with more than 40 years of experience, the living legend has one simple desire – to enjoy the art of making whiskey and to not rest on his laurels.

The iconic bottle, made from perfume-grade glass in Italy and then ceramic stamped with the brand’s iconic wings, is hand-filled, corked and crated in Louisville, Kentucky.

As far as the name, tradition has it that for every year whiskey is aged, a little spirit is lost to evaporation. This is known as the “Angel’s Share.” Lincoln reckoned that he might be willing to lose a little more for his finest creation leaving behind the Angel’s Envy.