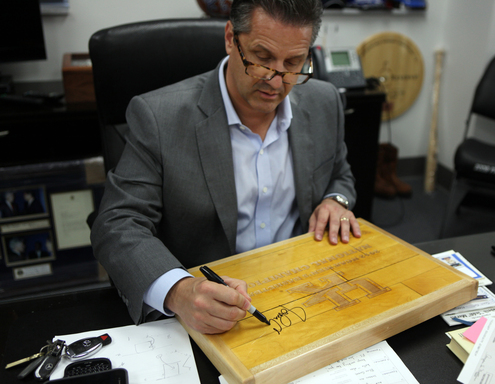 BourbonBlog.com challenges you to bid on a piece of the actual floor that UK won their 2012 NCAA Men’s Basketball National Championship Final Four Game on signed by Coach John Calipari.

This is only one of a 1,000 pieces limited edition floor pieces and one of the last remaning ones to be auctioned in the world! Watch the video below of John Calipari signing the floor piece.

To ensure your bid is accepted in this auction to support the Owensboro Rotary Club, mention you saw it on BourbonBlog.com in the bid that you send to [email protected] 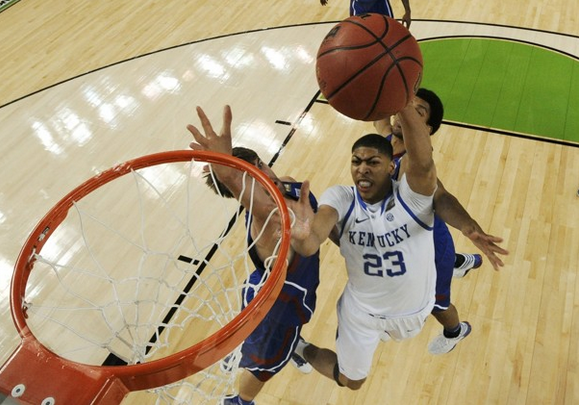 Details on the Floor Piece:

Northwestern Mutual, which donated part of the 2012 Final Four to Kentucky for its use in its renovated Rupp Arena locker room, is making a piece of the UK championship floor, numbered and signed by Calipari, available for the auction.

This floor piece came from the game where Kentucky beat Kansas in the Mercedes-Benz Superdome in New Orleans. All the other Final Four games in 2012 were also played on this floor.

The piece measured at 18 inches wide and 12 inches tall, is numbered and signed by John Calipari and includes a certificate of authenticity and a photo of the entire Final Four floor for reference.

Anyone in the world can bid on the floor by sending in their bid amount, name, address, cell phone number, email address, and form of payment to the email address above.

All non-winning bids will be shredded.

To be accepted the bid must be received and verified by noon on Tuesday February 12th. Additional bids will be taken at the Bourbon Ball with the highest bid winning. The winner will benotified by email Saturday February 16th at 11pm.

Bids should be sent to: [email protected] and mention BourbonBog.com.

However the first verified bid of $10,000 is a guaranteed winner. 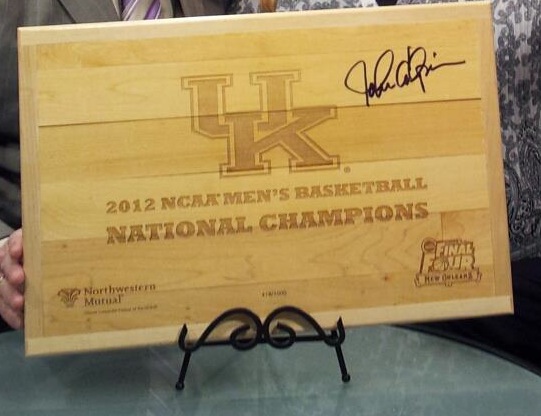 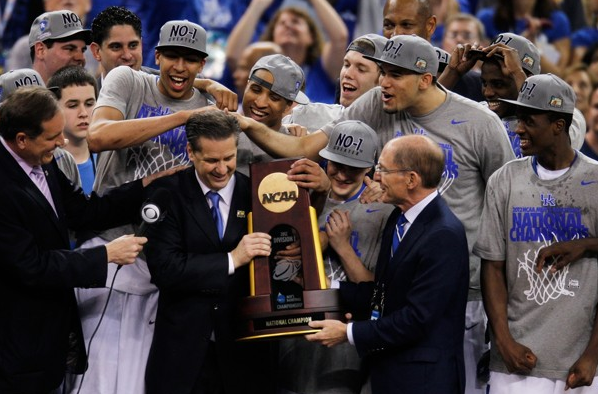