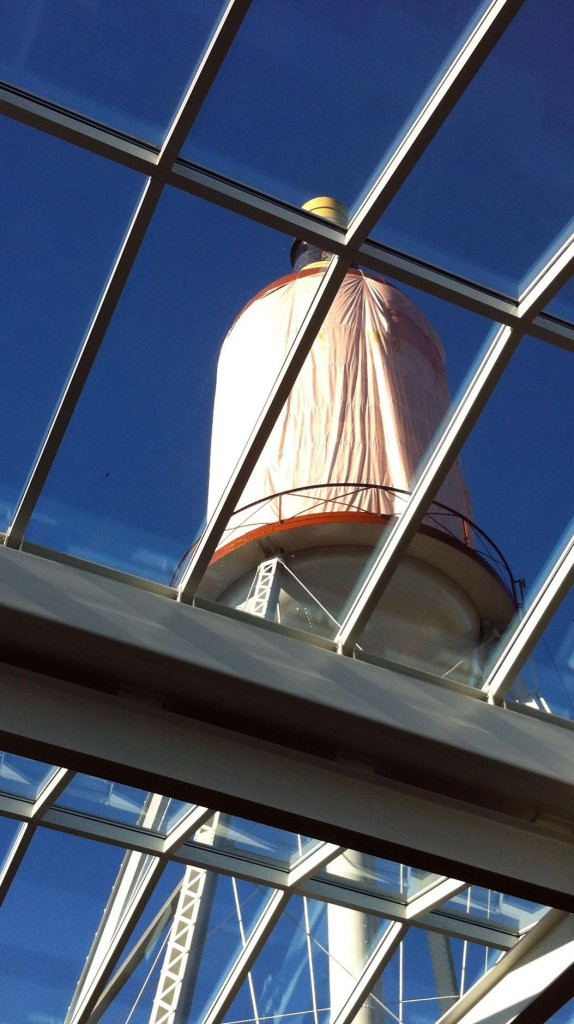 The New Old Foreste Water Tower before it waiting to be unveiled atop Brown-Forman headquarters, Louisville, Kentucky

One of Louisville’s iconic brands, Old Forester, recently received a new look with the new Old Forester bottle designs that BourbonBlog.com brought you a glimpse of first this past spring.

The landmark Old Forester Water Tower bottle that sits on top of one of the buildings at Brown-Forman headquarters in Louisville underwent some work to match the new bottles.

The new tower was unveiled this past week reflecting the new label (see photo at the bottom of this story).

The original label was developed in 1870 by Brown-Forman’s founder, George Garvin Brown. More than 140 years later, Old Forester is the only bourbon brand still in existence to be produced by the same distiller before, during, and after prohibition.

In honor of George Garvin Brown’s birthday (September 2) and his innovating spirit and dedication to community, employees and friends of Brown-Forman celebrated the Founder’s day by gathering to witness the unveiling of the new package on the Old Forester water tower bottle, and toast the company’s founder. 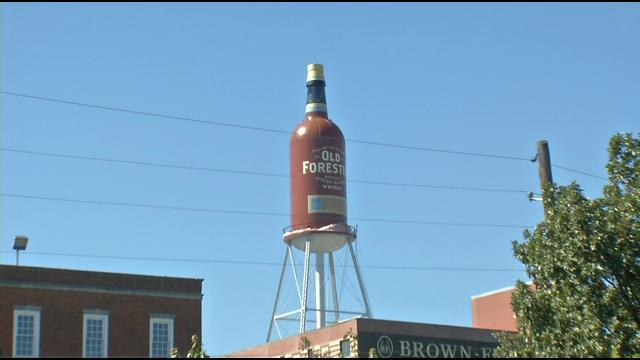 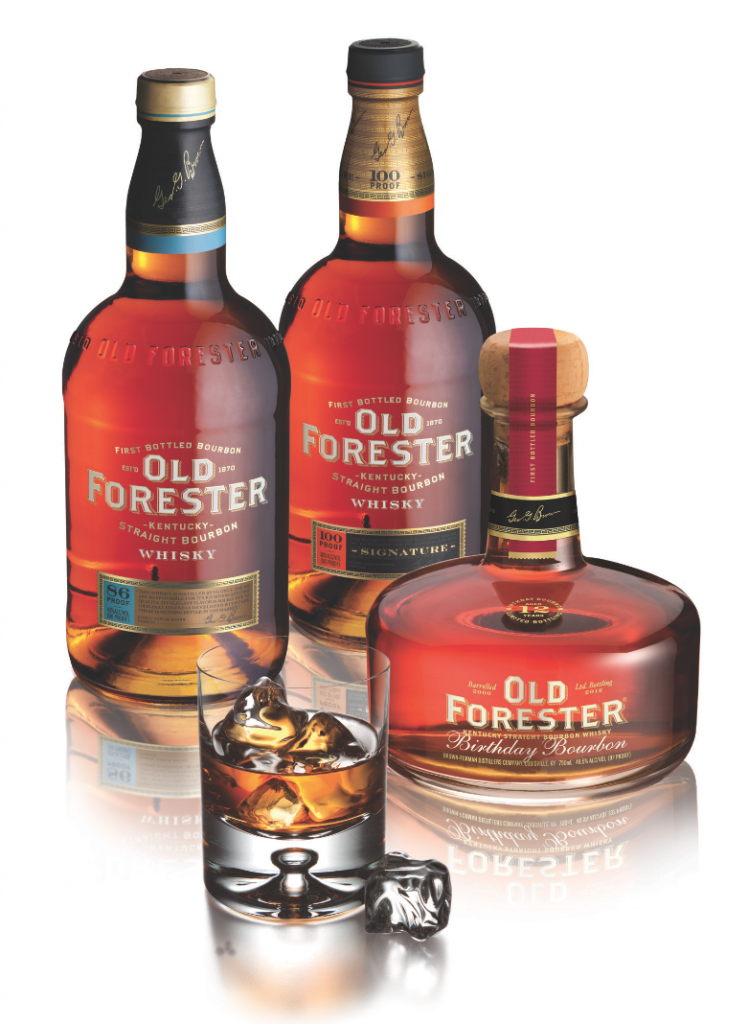