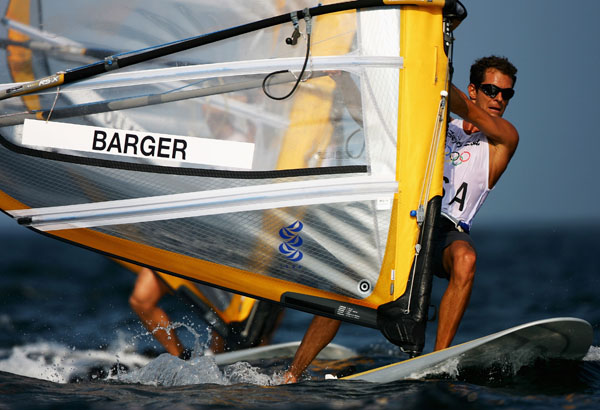 Ben Barger Olympic Sailor and US Olympic Gold Medalist and

You’ve probably seen Ben on TV as he is a professional athlete, 7 time National Champion, winner of 3 World Cup Medals, and  an alternate in the 2012 London Olympics. Now watch Ben Barger interviewed in the video above by BourbonBlog.com‘s Tom Fischer (the “Olympic Bourbon Drinker”).

We had a lot of fun with Ben. He is a genuine, wise and fun guy to have in Bourbon Country and we hope he returns!

Ben is a seven-time national champion in the Olympic windsurfing discipline and placed on the podium at various world cup events.

Ben is now onto his next challenge which will be conquering the world of work. Ben is in Kentucky explore to “A Tempting World” as a program with Adecco’sAthelete Career Program.

As part of Adecco’s partnership with the United States Olympic Committee, the Athlete Career Program provides athletes with career training, job placement assistance and employment opportunities while they pursue their Olympic or Paralympic dreams.

Addeco also helps ease their transition from the field of play to the world of work once their athletic career comes to a close with expert resume development, interview coaching, career seminars, job research and placement.

Since originally partnering with the USOC in 2005, Adecco has served more than 2,000 U.S. Olympic Movement participants including Olympians, Paralympians, coaches and elite athletes. To learn more about the Athlete Career Program, contact

Hosted and produced by Tom Fischer

Filmed and edited by Claire Ramsay