Recently, BourbonBlog.com Chef/Mixologist Stephen Dennison organized and led the The Miracle Feast dinner at Majid’s St. Matthews in Louisville, Kentucky where he serves as

Majid’s hosted The Miracle Feast this past Thursday evening, serving a tasting menu and various cocktails in order to illustrate nature’s power to alter how flavors are received. Four cocktails and nine food tastings… twice. A gastronomical “Groundhog Day.” Except in this case, the second time around, things didn’t taste the same as they did the first. I would have the Miracle Berry Tablet to blame for the transformation. For the uninitiated, the Miracle Berry tablet’s active ingredient is miraculin, a glycoprotein that causes sour foods to be perceived as sweet.

It all started out innocently enough. We began with the Violet Hour and a tasting of The Countess, a special cocktail prepared by our guide for the evening, bartender Stephen Dennison. The Countess, he explained, was a great way to get an aperitif into our bellies in advance of the oncoming barrage of flavors and richness. A divine starter, it was comprised of the ingredients for a Negroni dry shaken with black peppercorns, thereby infusing the drink with essential oils.

Four beverages were in place when we sat down – three artisan cocktails and a glass of pinot grigio. My favorite of the mixed drinks was the Thanks for the Memories, aptly described by Dennison as a cross between a mint julep and a champagne cocktail. Two of my favorite drinks melded into one.

After the first tastings were concluded, we received our assignment: eat the tablet provided and allow it to transform our conceptions of taste. Each of us was given a spoon (all the better to scrape the surface of our tongues, so as to help the miracle tablet work its magic) and one Miracle Berry Tablet. The trick was to make sure it coated the tongue as it dissolved, so as to thoroughly confuse the taste buds.

The test was a lemon wedge; if tasting it felt like you were licking the sugar rim of a lemon drop martini, you were in business. I was off and running. For the remainder of the evening, I continued to use the lemon as a barometer, checking periodically to make sure the miraculin was still working.

Not much of a Pinot Grigio fan in general, I had sipped the wine after first sitting down to get my initial impression: kind of flat and not much to it, said my taste buds. However, post-miracle berry, it assumed the flavor profile of a semi-sweet Riesling.

Some of the food tastings didn’t change on my palate: the kale salpicon was just as creamy and the pork belly just as smoky and delicious as they were the first time around.

Others, however, changed dramatically. The kimchi Brussels sprouts were stripped of all their acidity, leaving only sweet, earthy sprouts behind. The chimichurri on the flank steak paired with the daikon inside the roulade were sugary. Even the fruity-hot chicken wings, with their fresh lime juice coating, gave off waves of extra sweetness. The Kool-Aid explosion came from the likely suspect: the ceviche. The calamari tasted like it had been marinating for days in a Skittles vinaigrette.

The night concluded with Dennison handing everybody one more spoon, this one containing a couple mouthfuls of hibiscus granita – yet another welcome aperitif. I took a final hit of lemon wedge, only to find that the miracle berry’s effect was, by that time, at about 50%. The pinot was starting to taste like pinot again. “Lick a snozzbery; it tastes like a snozzberry,” I thought. The Miracle Berry trip nearing its conclusion, I realized the ride I had just been on wasn’t a dinner at all. It was a mouth-watering science experiment.

For more articles check out That Vampin’ Lady by Antonia Lindauer.

Miracle Berry Tables (pills) await all the guests at Majid’s 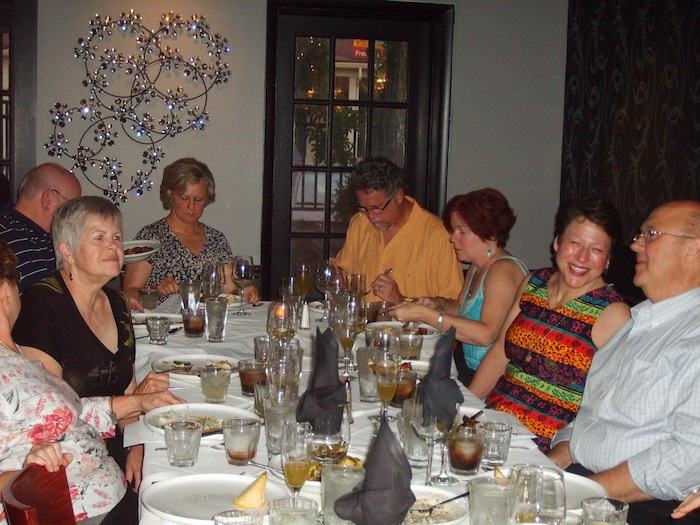 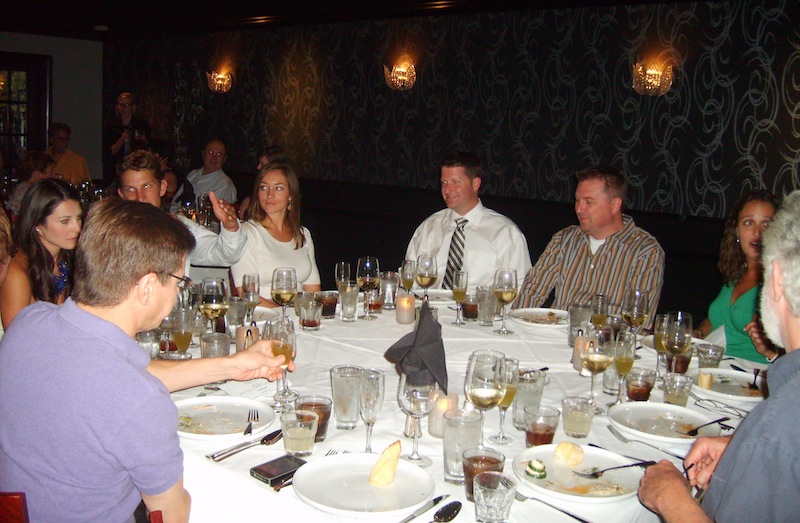