Heaven Hill Distilleries shares one of the first bottles of the limited edition 2012 release of Parker’s Heritage Master Distiller’s Blend of Mashbills with BourbonBlog.com for our review.

There will only be around 7,500 bottles released beginning in September 2012 at around $80 per bottle.

Bottled at cask strength, this bottling, much like the highly acclaimed “Gold Anniverary” bottling of 2009, showcases not  only the individual whiskeys, but also the skill of the Master Distiller in selecting and marrying them together in the right proportions.

The rye-based Bourbon was pulled from the 4th floor of Rickhouse “R” in Bardstown, while the wheated Bourbon aged on the topmost 7th floor of nearby Rickhouse “T”. Like previous Parker’s Heritage Collection releases, the “Master Distiller’s Blend of Mashbills” is  chill-filtered as is the custom for many Bourbon brands, thereby helping to maintain the natural esters and compounds which provide a rich texture and mouthfeel.

The release will comprise of 3 “dumps”, with each having a slightly different barrel proof. The full bottling run will be shipped in the next 4 to 6 months. 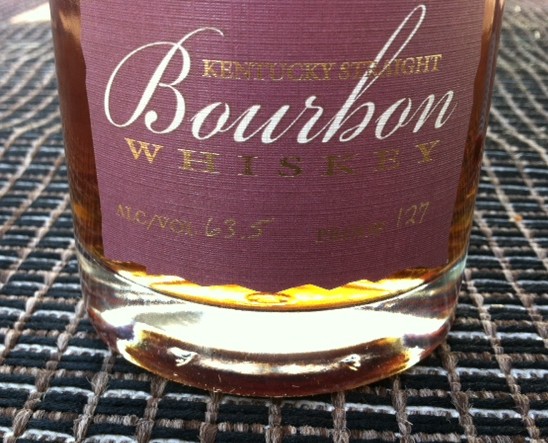 Taste: Velvety mouthfeel and enters sweeter than Parker’s Heritage collection we’ve seen in the past.

It goes into a flavorful diffusion of grains as the unique mashbills shine through.

The rye and wheat playing against each other and fighting for your attention while both settling on your palette in a relaxing, luscious fashion. At 127 proof, it is undoubtedly warm ,but doesn’t go in overly hot.

The barrels used for Old Fitzgerald line are a bit more distinct in this particular bottle once analyzed and contemplated after several glasses.

Overall, we most enjoy the smoothness on this unique release and expressions of spice and sweetness showcased with a higher proof while also  being approachable and manageable to responsibly drink several glasses of 127 proof. 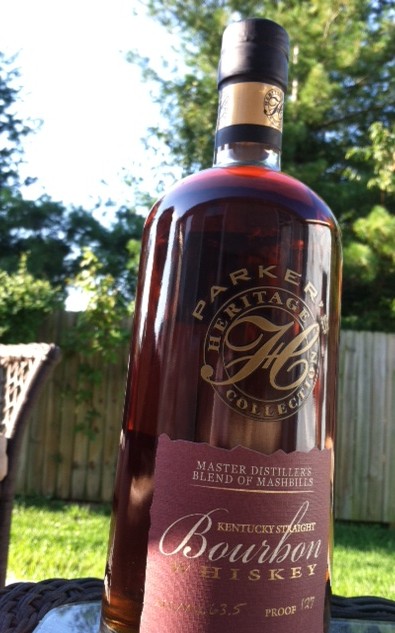