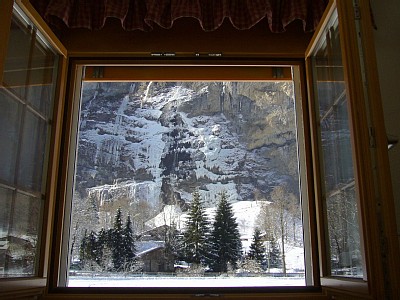 Michter’s Bourbon, Rye, or American Whiskey has relieved some chilled bones here at BourbonBlog.com and a meal prepared with Michter’s may give you some extra warmth and comfort.

US*1 Bourbon balls, glaze a holiday ham with US*1 Rye, or delight hungry souls with a bread pudding spiked with US*1 American Whiskey. Also see the suggested pairings below.

Michter’s tells us they are America’s first whiskey distilling company, dating back to 1753. Every bottle is matured to perfection according to the highest quality standards set by the company’s Master Distiller, Willie Pratt, who we interviewed in this video segment. 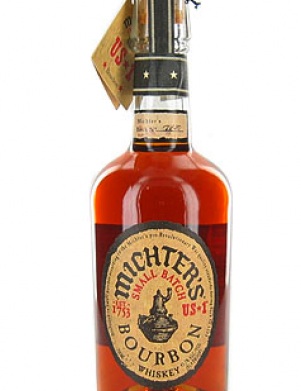 Soak pecans in Michter’s US*1 Bourbon in an airtight container for four days. Flip after the first two days to fully coat the pecans. The pecans should absorb all of the Michter’s US*1 Bourbon. Mix butter, sugar, and pecans. Roll into 1-inch balls and refrigerate overnight. Pour dark chocolate chips into microwave-safe bowl and microwave for about 2½ minutes. Remove chocolate every minute and stir. Dip refrigerated balls into the melted dark chocolate. Place the chocolate-covered bourbon balls in an airtight container and place in freezer until set (just a few minutes). Store in a cool place. 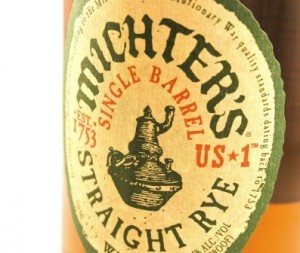 Combine the honey and molasses and heat them in a bowl in the microwave, or in a saucepan on the stovetop. Stir in Michter’s US*1 Rye, orange juice, and mustard. Remove all but about ¼ inch of fat from the ham and place in a roasting pan. Bake the ham at 325°F for about 1½ hours, or until a meat thermometer reaches 140°F (about 10 minutes per pound). Baste the ham occasionally with the honey-rye mixture. Transfer drippings to a saucepan and add remaining honey-rye mixture; bring to a boil. Slice ham and serve with the glaze. 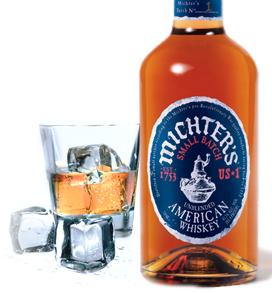 Place the bread into a large mixing bowl and pour the milk over the bread. Press bread with hands until well mixed and all the milk is absorbed. In a separate bowl, beat the eggs, sugar, vanilla, and spices together. Gently stir into the bread mixture. Fold the raisins into the mixture. Pour the butter into the bottom of a 9”x13” baking pan and coat the bottom and the sides of the pan well with the butter. Pour the bread mix into the baking pan and bake at 350°F for 35–45 minutes, until set. The pudding is done when the edges start getting a bit brown and pull away from the edge of the pan. The pudding can also be cooked in individual ramekins. Serve with Michter’s US*1 American Whiskey sauce (recipe below) on the side; pour on to taste.

In a saucepan, melt the butter over low heat. Whisk in the sugar and egg. Cook over low heat, stirring constantly, until mixture thickens. (Do not allow to simmer, or it may curdle.) Whisk in Michter’s US*1 American Whiskey to taste. Remove from heat. Whisk before serving. The sauce should be soft, creamy, and smooth.