BourbonBlog.com caught up with The Balvenie during the 2011 Balvenie Roadshow as it came to a close in NYC.

This was an epic cross-country journey through 20 states and 30 cities, which sought out the best artisans the country has to offer. The Balvenie Ambassadors Andrew Weir and Nicholas Pollacchi traveled in a hand-made Morgan car (pictured and in video below) finding blacksmiths, chocolatiers, and even people making cowboy boots and hats.

At the New York presentation,they highlighted the good, the bad, and the quirky finds from their journey – showcasing these artisans with an enthusiasm for things made with skill and passion.

One of the main themes of the presentation is that we learned that The Balvenie is a company that cares about people. They have a family-like staffand aim to make the best whiskies possible.

Andrew and Nicholas gave a presentation and told us about The Balvenie Tun 1401 Batch 3, the new rare expression. We sampled it and all agreed that it shows great complexity and an amazing flavor.

Limited amounts of Tun 1401 are available now. This whisky was previously only available at The Balvenie Distillery in Speyside, Scotland, and it includes rare and precious liquid from a number of casks specially selected by the industry’s longest-serving Malt Master, David Stewart. 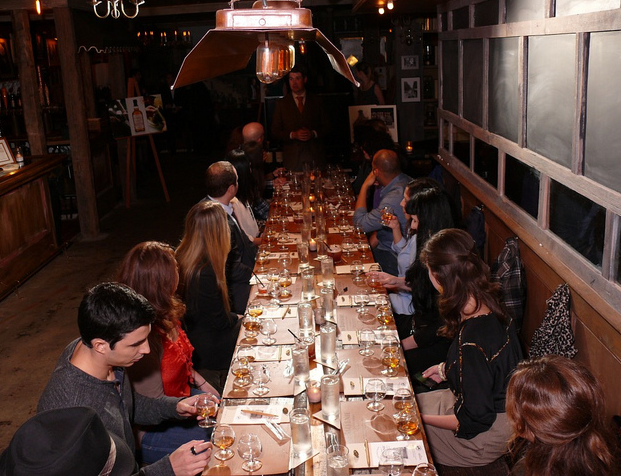 The final stop along the The Balvenie Roadshow Tour at t Sons of Essex on Manhattan's Lower East Side as BourbonBlog.com joins in for a tasting with Andrew Weir and Nicholas Pollacchi

The Balvenie Tun 1401 features liquid taken from a range of Hogsheads, Sherry butts and American oak barrels that date across the ages in the care of a skilled team of coopers.

The carefully selected contents of these casks are then placed in the famous Tun 1401 – a large marrying vessel at the Balvenie distillery, which allows the precious liquids to settle for a while together before being bottled.

Legendary Balvenie Malt Master David Stewart has carefully tended to the contents of the marrying cask since early July, and the end result is a complex and completely unique marriage characterized by dried fruits and beeswax on the nose. Its richness and smoothness is underpinned with vanilla sweetness, delicate floral notes and a distinctly long, oaky finish.

“We’re fortunate to have some very old and very rare whisky maturing at The Balvenie Distillery.” Stewart tells BourbonBlog.com. “We’ve identified what we believe to be a fantastic range of liquids that will complement one another completely. The result is a marriage where the whole is greater than the sum of its parts. The tun is hand-filled and it takes some doing. The tun has a capacity of two thousand litres so filling it is pretty thirsty work I assure you, but a fantastic and rewarding process none the less. As with everything we do at the distillery, it’s very hands-on but it makes the end result all the more worthwhile.” 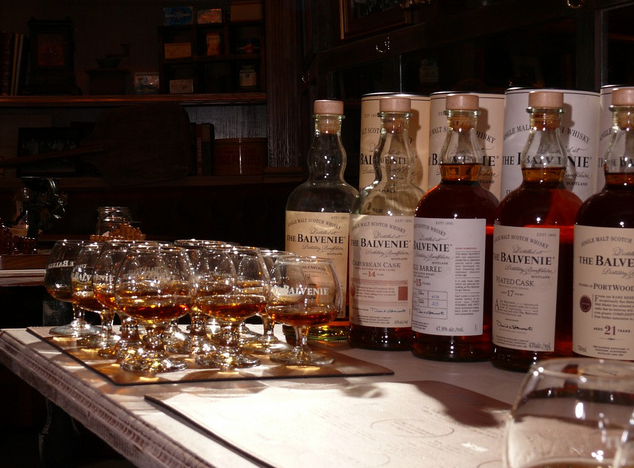 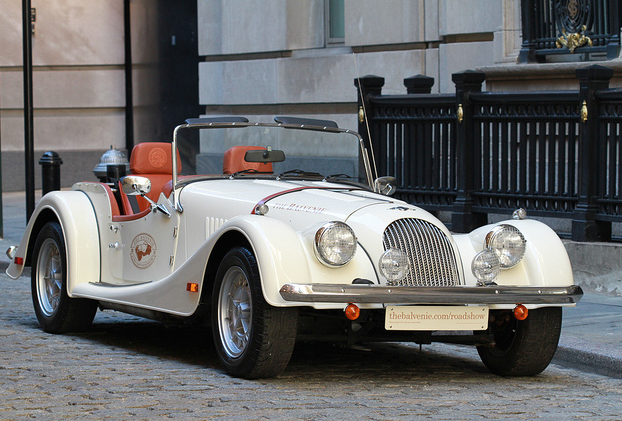