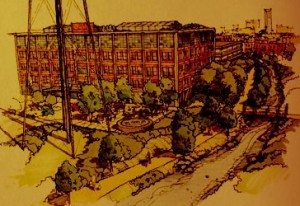 Barrel House Distilling Co., an innovative leader in Kentucky’s growing craft distillery industry, has joined the Kentucky Distillers’ Association (KDA). Barrel House operates our of the historic Distillery District in downtown Lexington, Kentucky where they are now producing a Pure Blue Vodka, Devil John Moonshine and their Rum and Whiskey will be released in the near future.

Barrel House becomes the second craft distillery to join the KDA. Earlier this year expanded its membership rolls to invite craft distilleries as Lexington-based Alltech being the first to join.

“We’re proud to welcome Barrel House to KDA, and we look forward to working with them to promote and protect our signature industry. Bourbon is surging worldwide in popularity, and our craft partners are an integral part of our future,” KDA Board Chairman John Rhea, the Chief Operating Officer at Four Roses Distillery tells BourbonBlog.com. 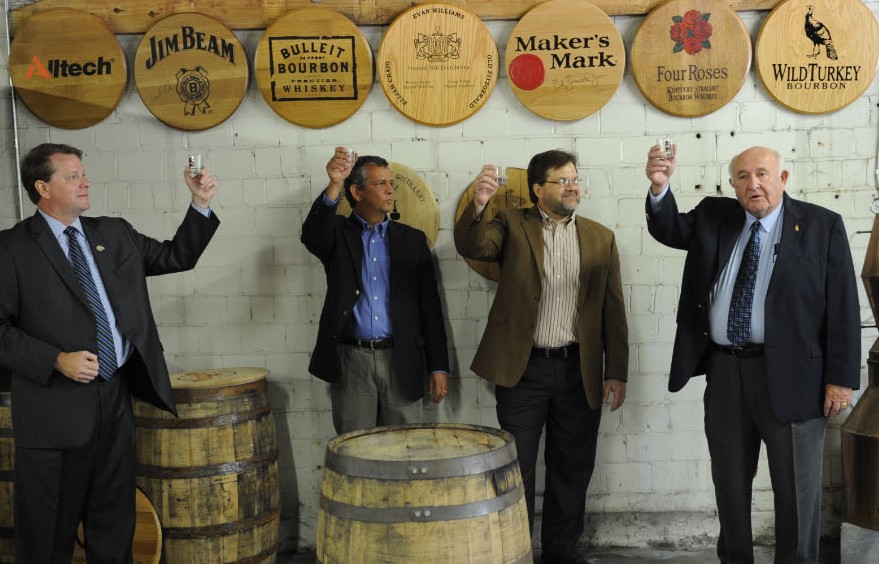 The announcement was made at the Lexington distillery which opened in 2010. Rhea and executives from KDA’s member distilleries presented Barrel House founders Jeff Wiseman and Peter Wright with a commemorative barrel head to celebrate their company’s induction.

“Barrel House Distillery was founded to bring back the tradition of distilling to Lexington and to distill hand-crafted spirits, including Bourbon,” Wiseman tells BourbonBlog.com. “Our inclusion in the KDA is major milestone for our company.”

Peter Wright said, “We are truly honored to join the ranks next to such esteemed members of the Bourbon industry. We greatly appreciate the opportunity, and hope – quite simply – to measure up.”

The KDA, a non-profit group founded in 1880, is Kentucky’s voice on spirits issues, from taxes to tourism, technical matters and more. Members include Beam Global Spirits & Wine (Jim Beam and Maker’s Mark), Brown-Forman Corp., Diageo North America, Four Roses, Heaven Hill and Wild Turkey. Craft membership in the KDA has been made available to licensed Kentucky distillers that maintain an inventory of less than 25,000 barrels of distilled beverage spirits.

“Our craft members bring a unique perspective on issues that affect our industry,” KDA President Eric Gregory says. “We look forward to working with Barrel House to promote our proud heritage, to advocate fair treatment of our industry and to continue our commitment to responsible drinking.” 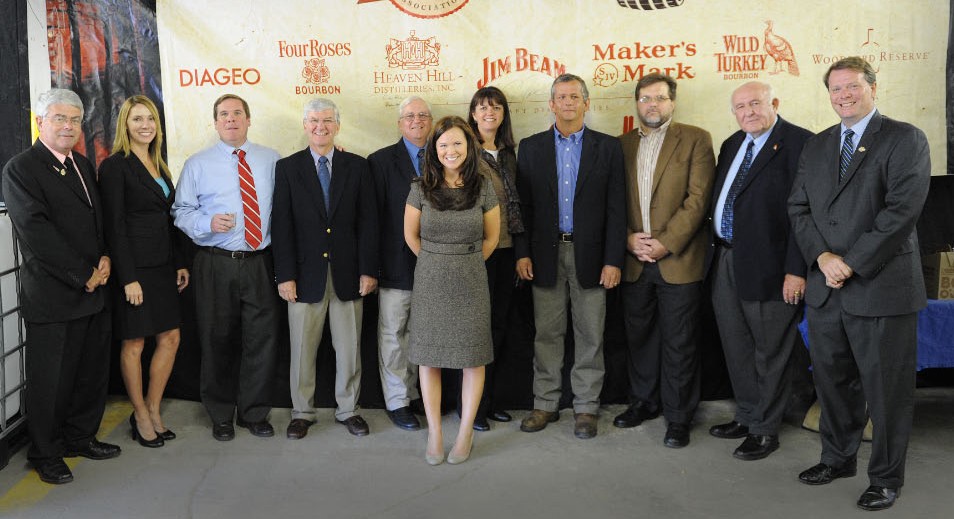