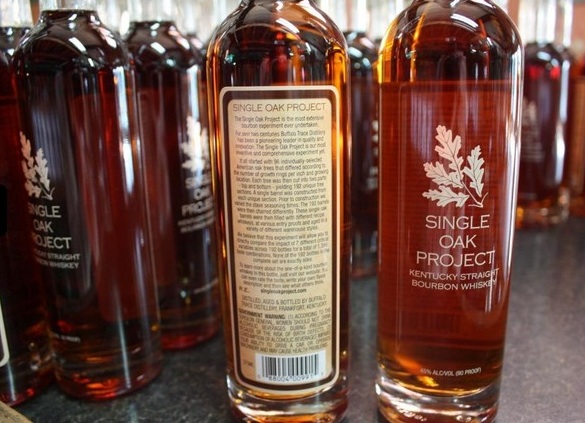 Buffalo Trace Distillery tells BourbonBlog.com that round two of the critically acclaimed Single Oak Project is being released from as part of what is being called the Distillery’s “Holy Grail” project.

Have you tasted a Single Oak Project Bourbon from either release? We’d like to hear your reviews and thoughts so please leave them under “comments” at the bottom of this story.

This second Buffalo Trace Bourbon release in the project explores three important variables that affect the taste of bourbon, recipe, grain size, and char level. Some of the bottles contain bourbon made with rye and others with wheat. The barrels themselves were made from different trees, each with varying degrees of thickness to their wood grain, from fine to very coarse.

These barrels were charred at either a number three or number four char level to determine how the burn will alter the taste. All other variables in the experimental project, such as the entry proof, stave seasoning, tree cut, and warehouse location remain constant.

As with the first release, Buffalo Trace hopes consumers can rate each whiskey they taste online at www.singleoakproject.com. This feedback will help determine which type of bourbon connoisseurs prefer most. After reviewing a bottle online, consumers will be availed of all the aging details and provenance of the barrel. They can interact with others who’ve also reviewed the barrel, compare their reviews, and even learn for themselves which characteristics they enjoy most, in order to help them select future favorites. Participants online will earn points after each review while helping Buffalo Trace Distillery create the perfect bourbon. 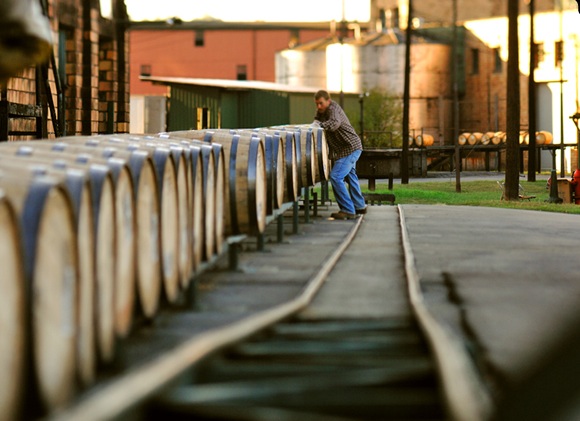 The Single Oak Project is part of an intensive research project Buffalo Trace Distillery started conducting in 1999 by hand picking 96 trees with different wood grains and then dividing them into a top and bottom piece, yielding 192 unique sections.

From there, staves were created from each section and were air dried for either 6 months or 12 months. After all the staves were air dried, a single barrel was created from each tree section, resulting in 192 total barrels. These barrels were given either a number three or a number four char and then filled with either wheat or rye recipe bourbon.

To further the variety of experiments, the barrels were filled at two different proofs, 105 and 125 proof. Additionally, two completely different warehouses were used, one with wooden ricks and one with concrete floors. In total, seven different variables were employed in Buffalo Trace’s ultimate experiment.

For eight years the Distillery continued with its tracking process, creating intricate databases and coming up with a potential of 1,396 tasting combinations from these 192 barrels.

The Single Oak Project Bourbon will continue to be released in a series every three months over the next four years until all of the 192 barrels have been released. The first release hit select stores at the end of May 2011. This second release should show up in stores towards the end of August. Like the first release, the quantity is very limited. Every case will contain 12 bottles, each from a different barrel. The second release is made up of barrel numbers 29, 31, 61, 63, 93, 95, 125, 127, 157, 159, 189, 191. All releases will be packaged in a 375ml bottle. Suggested retail pricing per bottle is $46.35.