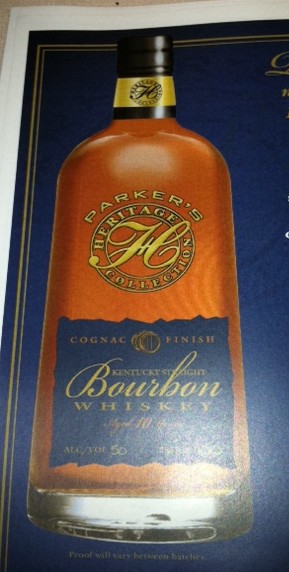 As BourbonBlog.com recently told you, Tom Fischer was among the first to sample the forthcoming the new Parker’s Heritage Cognac Finished Bourbon. Watch the new video interview with Heaven Hill Master Distiller Parker Beam  and Alain Royer, Master Blender of Cognac from France at the Tales of the Cocktail 2011 grand unveiling.

This special tasting was so rare and early that there was only this picture bottle present at the Tasting Room.

Parker Beam tells us this is a 10 year old Bourbon with the same Evan Williams Single Barrel recipe which has been aged for six months in 2 to three year-old Limousin oak casks from France, in which Grande Champagne Cognac has been aged.

The herbal quality along with the oak and sweet Cognac flavors are sure to make this another Parker’s Heritage Collection that you won’t want to miss. However, we may take another opportunity to review this Bourbon once it is released and we aren’t on the run at Tales of the cocktail.

This is bottled without chill filtering, proof will be approximately 100. Parker says it will be around $85 a bottle and out in October 2011. 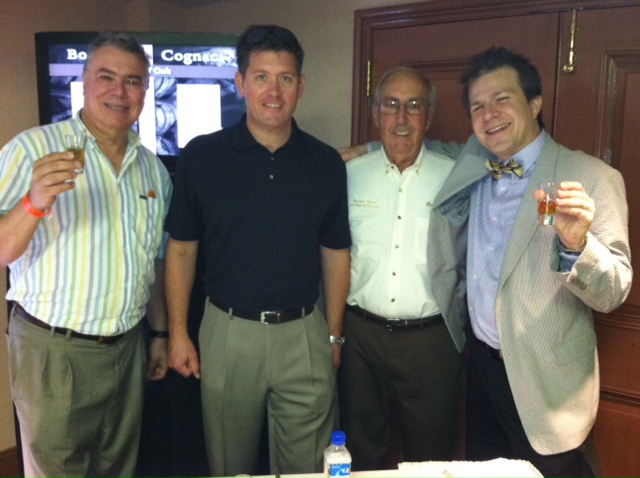 Filmed and edited by Avi Glick. Photos by David Watson