<
Two first ever’s from Four Roses Bourbon at their Tasting Room at Tales of the Cocktail 2011. The first is the chance to sample all ten of the Four Roses unique recipes at barrel proof. The only other time this opportunity is presented is during the Four Roses Private Barrel Selections.

The second first ever is the chance to taste these same recipes right off the still in their “white dog,” un-aged, clear whiskey form.

This Four Roses Tasting Room became one of the most popular and packed Tasting Rooms we’ve ever seen at Tales of the Cocktail 2011.

In this video, BourbonBlog.comtakes you inside these tastings with Master Distiller Jim Rutledge, Brand Ambassador Al Young while we also have a drink with and interview Hideki Horiguchi President/CEO of Four Roses. 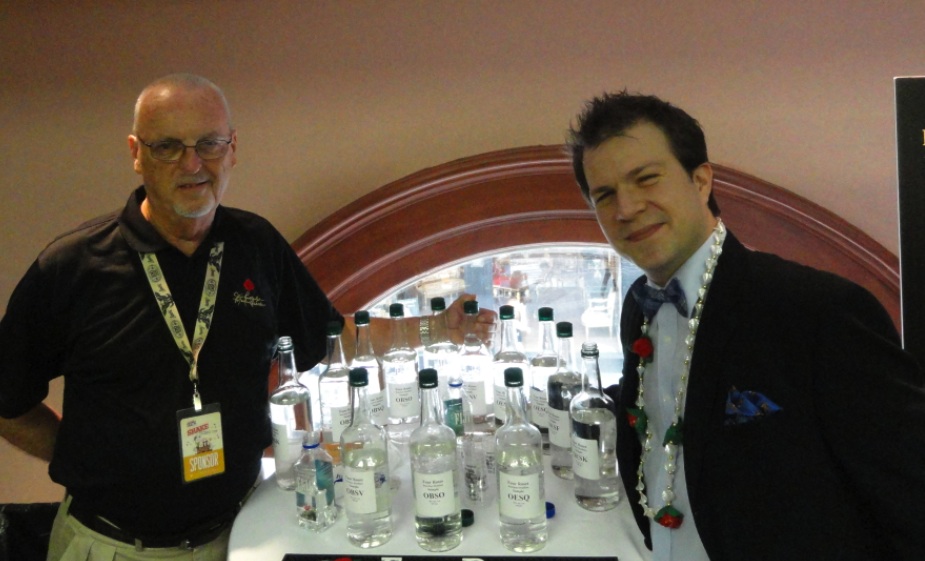 Four Roses Master Distiller Jim Rutledge and BourbonBlog.com's Tom Fischer next to the 10 Unique Recipes of Four Roses in their "White Dog" un-aged form to sample 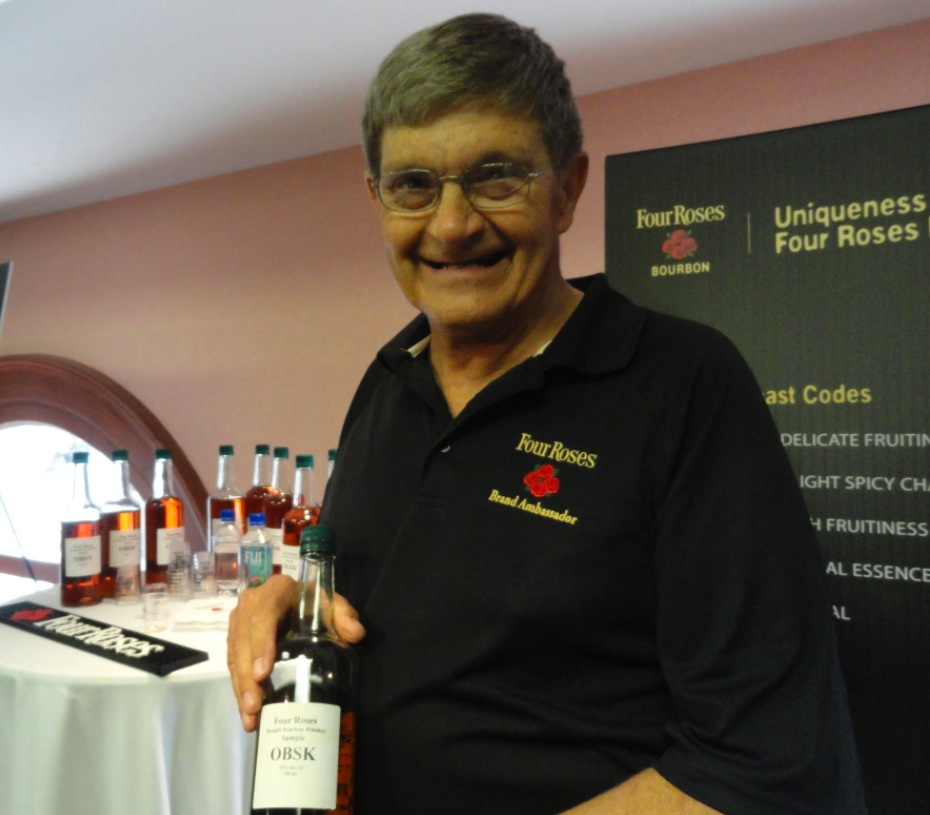 Four Roses_Brand Ambassador Al Young holds a bottle OBSK, one of the Ten Unique Recipes of Four Roses Bourbon, all ten were sampled for the first time ever at Tales of the Cocktail 2011