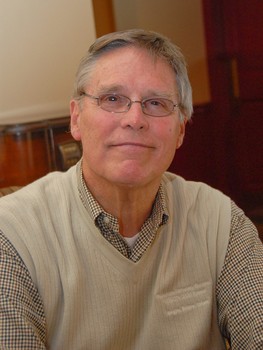 BourbonBlog.com records a historic presentation by Bill Samuels, Jr. at a special dinner at Maker’s Mark Bourbon House & Lounge in Louisville and we’re sharing it with you in this unforgettable podcast..
CLICK BELOW TO PLAY IT

From Bill’s telling of the humorous story of  his first drink of Bourbon at age 11 given to him Pappy Van Winkle all the way to how he didn’t want “He didn’t Fuck it Up” to be the legacy on his gravestone, Bill shares how he wanted to leave his “Mark” at Maker’s Mark. And he has done it!

The story of the creation of Maker’s 46 with former Master Distiller Kevin Smith and Brad Boswell of Independent Stave is featured in this podcast.

While Bill recently retired as the President of Maker’s Mark after 35 years of running the business, he tells BourbonBlog.com that his son Rob Samuels COO of Maker’s Mark has created a new position to keep him around. Enjoy the photos of Bill Samuels, Jr. below …

Visit Maker’s Mark Bourbon House & Lounge to for experiences like this one and to tell your own story over a glass of Maker’s Mark and many other fine Bourbons! 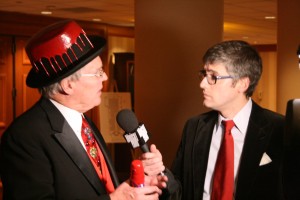 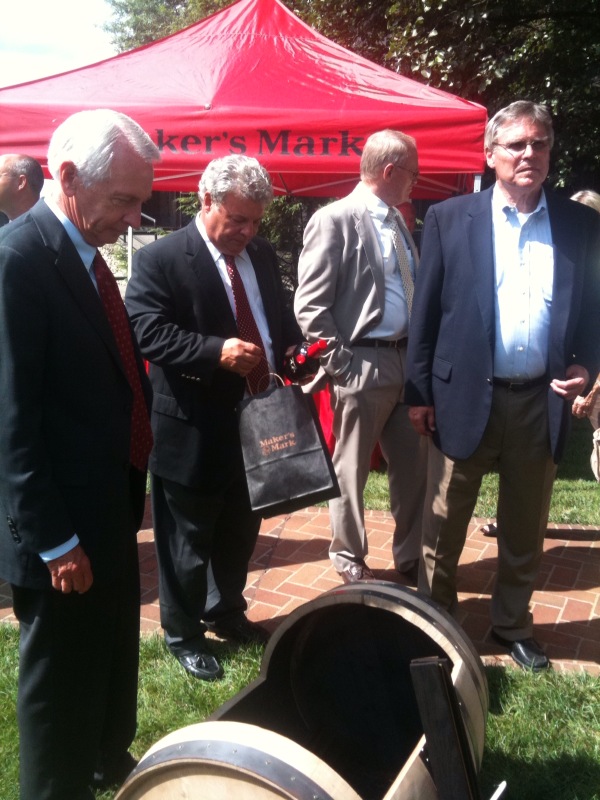 Bill Samuels Jr. with Kentucky Governor Steve Beshear on a tour at Maker’s Mark Distillery in Loretto, KY as Maker’s 46 is released 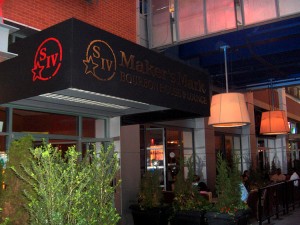