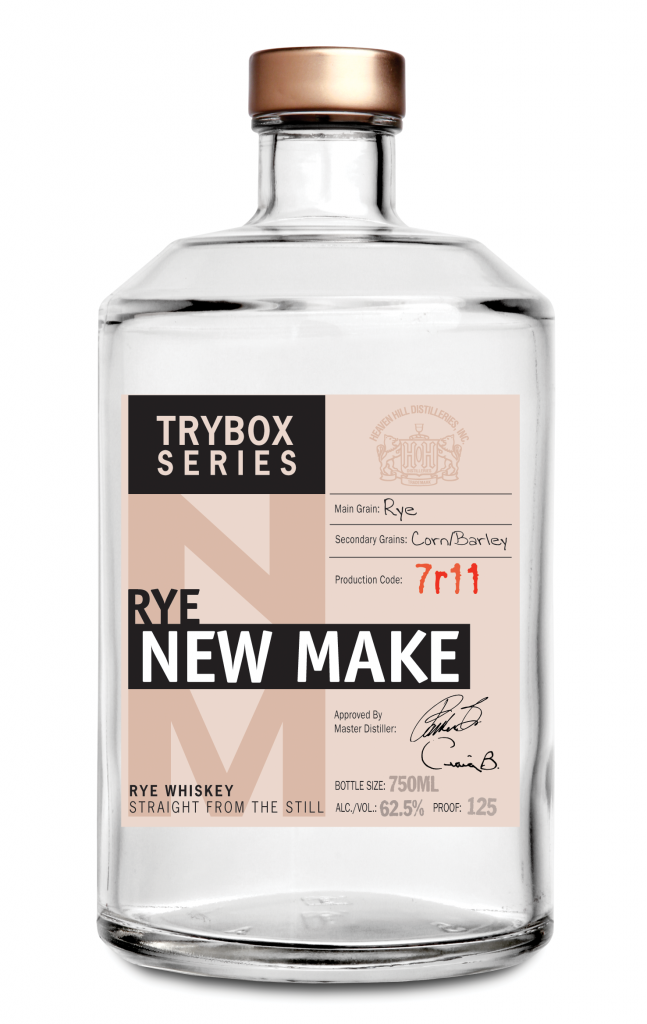 Heaven Hill Distilleries, Inc. tells BourbonBlog.com that will release two new make whiskeys in the first of a series called “Trybox” in May 2011. These “New Make Whiskeys,” traditionally referred to by distillers as “White Dog” or “White Lighting” are American whiskeys in its most raw and elemental form before aging.  We’ve continued to see an increase of these types of spirits being released by whiskey distilleries the past few years and we expect the Heaven Hill New Make to offer up delicious aromas and flavor notes in this new release. Cutting edge mixologists today are discovering new uses for new make whiskey as a unique and appealing cocktail base.

The name for the new Trybox Series comes from the copper and glass “tasting station” at Heaven Hill where new make whiskey flows off the still, offers up several styles of their world famous American Whiskeys. Each is taken straight off the still, before aging in a charred oak barrel—the same way legendary father and son Master Distillers Parker and Craig Beam taste-test them.

The first two releases in the series will be New Make, which if barrel aged would become a Straight Bourbon such as Evan Williams Single Barrel Vintage; and Rye New Make, which if aged would become Rittenhouse Straight Rye. Future plans call for the release of other varieties of American Straight Whiskey as new make, as Heaven Hill Distilleries is the only American Whiskey producer that distills Bourbon, Rye, Corn and Wheat Whiskeys. BourbonBlog.com will bring you a review of both New Makes very soon.

The Trybox Series is available in a 750ml bottle size, packaged three to a case, and is bottled at the full traditional barrel entry proof of 125, or 62.5% alcohol/volume. The suggested national average retail price will be $24.99, and it will launch in most markets across the country. The Trybox Series is offered in an upscale package, contemporary yet with elements that are based on traditional distillery sample bottles. The labels detail the “Main” and “Secondary” grains used in that particular whiskey, and subtle color changes differentiate each whiskey style. All the bottlings will utilize a rich, metallic copper cap, hearkening back to the copper stills so important for American Whiskey distillation. 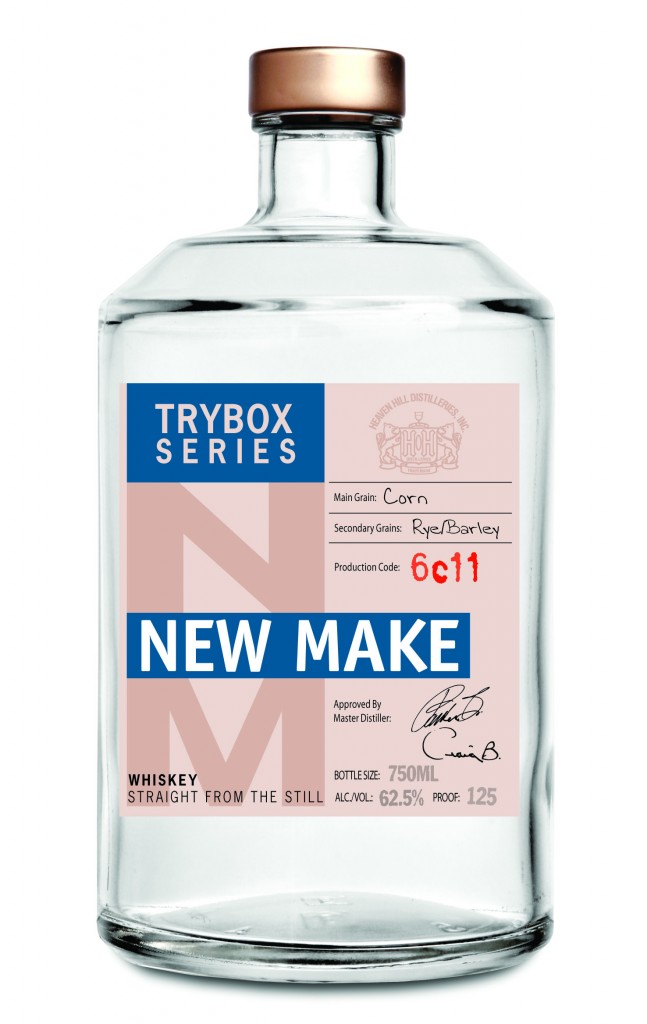 The New Make uses the same grain recipe, or mashbill, as nearly all of Heaven Hill’s award winning Bourbons, including Evan Williams and Elijah Craig. By law, Bourbon must contain a minimum of 51% corn in the mashbill, traditionally combined with malted barley and either rye or wheat. Heaven Hill’s Bourbon formula, however, and most of the other larger distilleries, has always contained a much higher percentage of corn than the legal minimum. Heaven Hill also uses one of the highest percentages of malted barley in the industry, despite the fact that it is the costliest grain in the process, because it not only aids in fermentation conversion but it also adds a distinctive earthy sweetness to the distillate. The Rye New Make utilizes the traditional Heaven Hill rye mashbill , the same that is used to produce world-renowned Rittenhouse Rye. The Rye New Make adds an element of spicy, sharp fruitiness to the taste.

“We believe our reputation and the breadth of our American Whiskey offerings will make the Trybox Series an important addition to the national whiskey scene,” Susan Wahl, Brand Manager tells BourbonBlog.com for the whiskey portfolio at Heaven Hill. “The ability to offer not only a classic new make Bourbon formula, but also a Rye, Wheat and Corn Whiskey new make will make this a significant extension of the current available whiskey offerings, and highly desirable to enterprising mixologists and whiskey connoisseurs.”