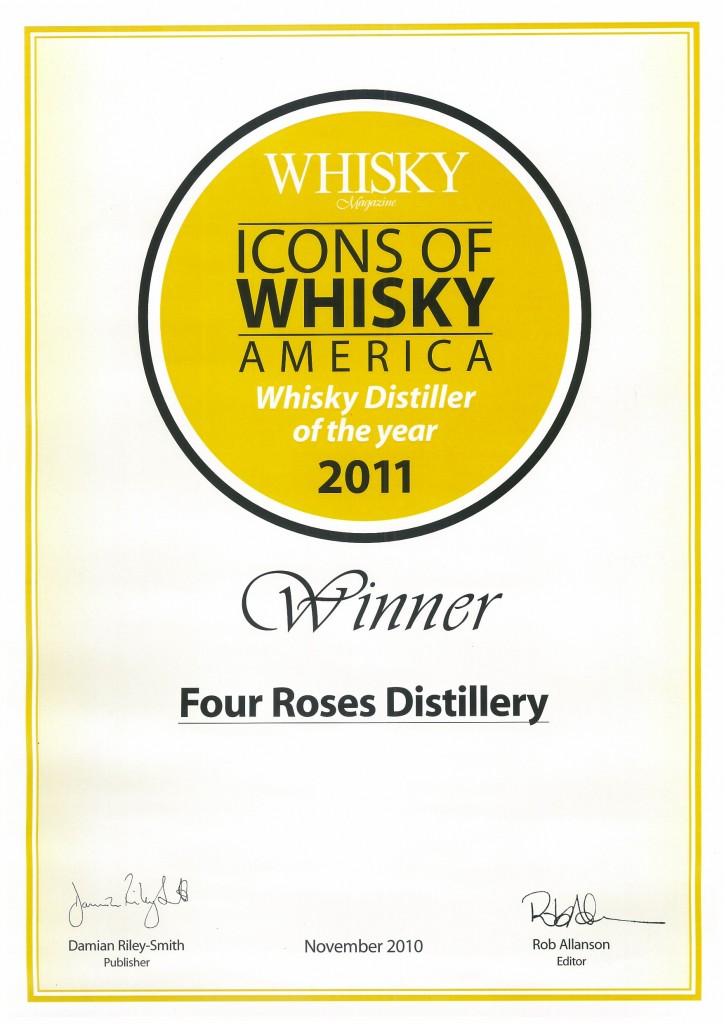 Four Roses Distillery of Lawrenceburg, Kentucky tells BourbonBlog.com that Whisky Magazine has named them Whisky Distiller of the Year last week as part of the annual “Icons of Whisky – America” Awards “designed to celebrate the people and places behind the greatest whiskies in the world.”

“This is an overwhelming honor that caps off the year-long celebration of our distillery building’s 100th anniversary,” Jim Rutledge, Four Roses Master Distiller tells BourbonBlog.com. “We’ve worked hard to bring Four Roses premium Kentucky Bourbon back to the states.”

Once the nation’s leading Bourbon in the 1930s, 40s and 50s, Four Roses was pulled from U.S. distribution by then owner Seagram to market the brand solely overseas. Eight years ago, with distribution limited to Kentucky, Four Roses returned to the domestic market after four decades of absence.

Also gaining popularity is the private barrel selection program the distillery conducts for retailers or groups interested in purchasing a barrel, complete with a private tasting and customized bottling as shown in the BourbonBlog.com video below.

“This honor from Whisky Magazine puts everything into perspective,” added Rutledge. “We’re very appreciative and excited about the future of Four Roses.”