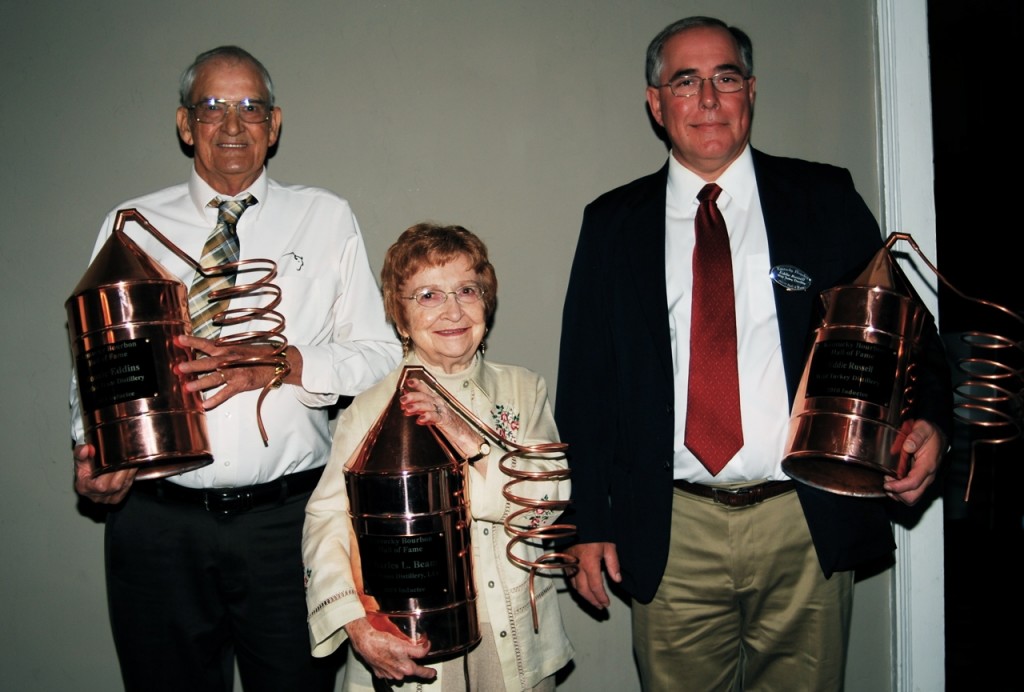 Charles L. Beam (1922 to 2007) worked at several distilleries and was widely known as a “Master” of distillers before the title Master Distiller was widely used. He retired from the Four Roses Distillery in 1984 after 22 years as distiller, and during this tenure, he was responsible for several Bourbon brands and created the Eagle Rare brand. His widow, Mary Lee Beam, proudly accepted the award.

Ronnie Eddins began his career in the Bourbon business with Buffalo Trace Distillery in 1962. Ronnie manages greater than 300,000 barrels of aging inventory and under his tutorship hundreds of awards have been bestowed upon Buffalo Trace Bourbon brands.

Eddie Russell is the fourth generation of the famed Russell family to work at the Wild Turkey Distillery. He overseas Warehouse Operations, works hand-in-hand with his father Jimmy as an Associate Distiller, and travels extensively throughout North America as an ambassador of Wild Turkey Bourbon and the Kentucky Bourbon industry.

The seventy members of the Kentucky Bourbon Hall of Fame have their names permanently etched on a still that resides in the Oscar Getz Whiskey Museum in Bardstown, and all have made significant contributions to the awareness of Bourbon as
a major whiskey, growth of Bourbon sales, and elevated the stature of Bourbon Whiskey on a global basis.

BourbonBlog.com congratulates Charlie, Ronnie and Eddie – the newest inductees to this elite group of Bourbon distillers and ambassadors!