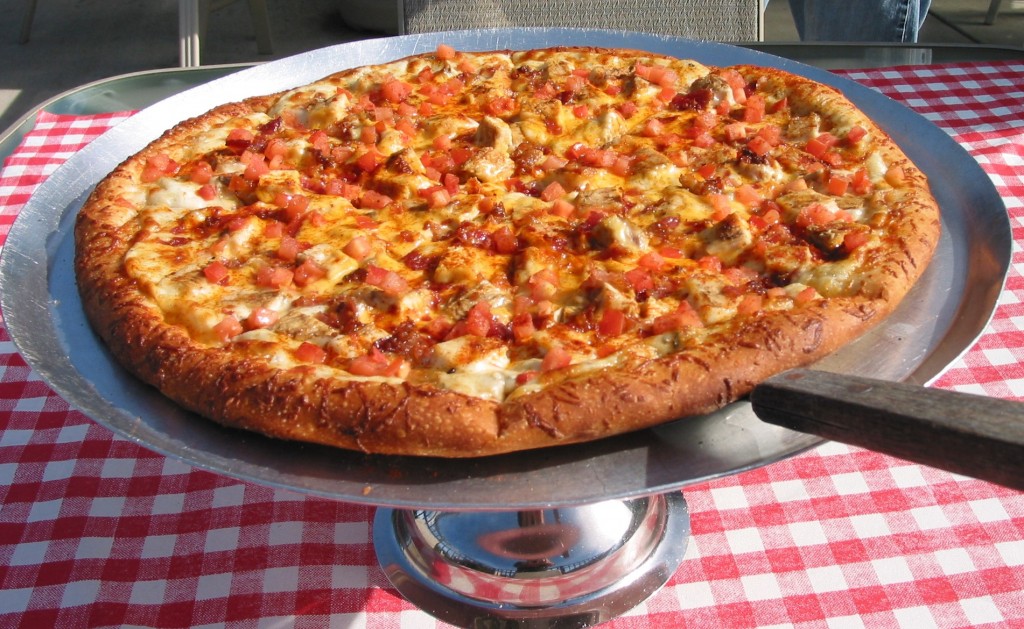 A Kentucky Hot Brown, pizza and a shot of Bourbon all in one! Four Roses Bourbon tells BourbonBlog.com that they have teamed up with Impellizzeri’s Pizza of Louisville, Kentucky in celebration of National Bourbon Heritage Month to create a unique pizza recipe combining two of Kentucky’s finest offerings – Bourbon and the classic Louisville dish, the Hot Brown.

“This pizza pairs two Kentucky classics, with the Hot Brown originating in Kentucky and 95 percent of the world’s bourbon being made in Kentucky as well,” Four Roses Master Distiller Jim Rutledge tells BourbonBlog.com. “This is one of the more creative uses of bourbon in cooking that I’ve come across and one I’d recommend Louisvillians try at least once while it’s available.”

Four Roses Yellow Bourbon is used in this recipe for the Kentucky Bourbon Hot Brown Pizza. It calls for tweaking a house-made alfredo sauce with dry herbs, spices and cheese to emulate the traditional Mornay sauce used in a Hot Brown, yet giving it an Italian twist. Fresh-diced chicken in a Four Roses Dijon Marinade, bacon soaked in Four Roses, and shredded fresh mozzarella and cheddar cheese with a sprinkle of paprika and diced tomatoes round out the special fall offering. 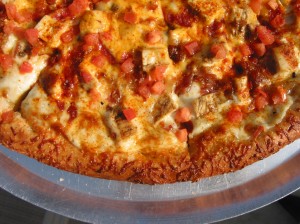 “I’ve been in the restaurant business for 15 years and the two of us were crestfallen when we discovered after at least half a dozen tries that we could not come up with the right taste,” said McNamara.

The final recipe was born of a newfound obsession with bourbon. Through experimentation, McNamara and Lewis thought a pizza based on the Hot Brown and spiced up with a splash of bourbon would be well received, and a very appropriate mix on two beloved Kentucky traditions. Appropriately, the final product would be released in September during Bourbon Heritage Month.

The Four Roses Kentucky Bourbon Hot Brown Pizza will be served throughout September and October at each Impellizzeri’s location – Bardstown Road, Old Brownsboro Road at Holiday Manor as well as the upcoming downtown Main Street location across from the KFC Yum Arena.