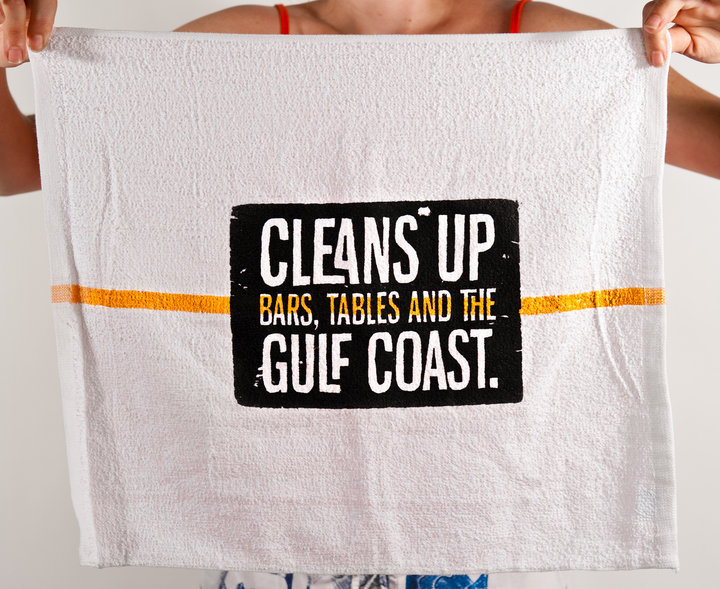 In an effort to support a seafood industry that plays such a large role in the culinary traditions of New Orleans, The New Orleans Culinary and Cultural Preservation Society (NOCCPS) sold a limited edition bar towel during Tales of the Cocktail. During the festival and in the weeks following, towel sales have raised $7,500 for oyster shuckers from P&J Osyters who have recently been laid off due to the oil spill in the Gulf of Mexico. Ann Tuennerman, Executive Director of the NOCCPS, will present fifteen out-of-work oyster shuckers with $500.00 checks at a ceremony on Wednesday August 25 at 10:30 am at the P&J Oyster Company.

“We at P&J Oyster Company are truly blessed to have friends like Ann and the crew at Tales of the Cocktail. This fundraiser just gives you an idea about how much people really appreciate our food culture, history and the celebration of the finest seafood there is,”  Sal Sunseri of the P&J Oyster Company tells BourbonBlog.com.

TLC linen services donated the towels and the NOCCPS developed a design proclaiming that the towel “Cleans up bars, tables and the Gulf Coast.” A minimum $5 donation was requested the towel but most donated above that level, with one individual, Tari Hohn, donating $1,500. Hohn will join Ann Tuennerman in presenting the checks at the ceremony at P&J Oysters.

“I am in constant awe of the generosity of the cocktail industry,” Ann Tuennerman tells BourbonBlog.com. “Their contributions exceeded my expectations and will go such a long way in helping those affected by the tragedy in the Gulf.”

Those who did not attend Tales of the Cocktail can still contribute to the effort by purchasing a towel online at TalesoftheCocktail.com.

About Tales of the Cocktail
Tales of the Cocktail is an internationally acclaimed festival of cocktails, cuisine and culture held annually in New Orleans, Louisiana. The event brings together the best and brightest of the cocktail community—award-winning mixologists, authors, bartenders, chefs and designers—for a five-day celebration of the history and artistry of making drinks. Each year offers a spirited series of dinners, demos, tastings, competitions, seminars, book signings, tours and parties all perfectly paired with some of the best cocktails ever made.

About the New Orleans Culinary and Cultural Preservation Society
The New Orleans Culinary and Cultural Preservation Society is a non-profit organization committed to preserving the unique culture of dining and drinking in New Orleans and the storied bars and restaurants that have contributed to the city’s world-wide culinary acclaim. This organization supports members of the hospitality industry through education and the production of events like Tales of the Cocktail, and most recently, Trails of the Cocktail, a scholarship program for emerging talent in the cocktail industry.