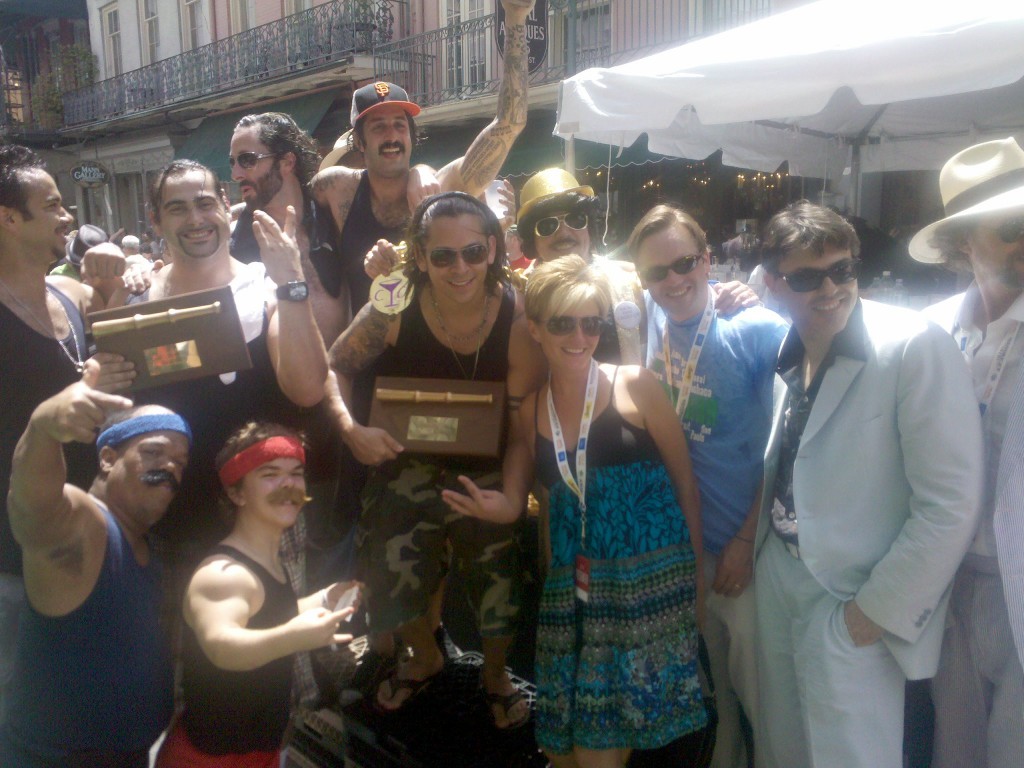 From cool and calm to hot and excited we then went. The BourbonBlog.com team joined a raucous crowd in the streets of the French Quarter to cheer on the contestants at Cabana Cachaça’s ‘Bartender Olympic Games.’ Five teams of bartenders representing various American regions competed in a variety of contests and kept very close until the final, deciding round- an Iron Bartender creative drink contest with one mystery ingredient: Abita Amber Beer. Tough selection, “chairman” Matti Anttila. The final, victorious team ‘represented’ the West Coast and received the coveted Golden Muddler Trophy and Facebook bragging rights.

See you back here next year to defend your title. Be watching BourbonBlog.com for video of the competition.

A quick stop to taste Absolut’s newest ‘city infusion,’ Brooklyn was a pleasant surprise. We found the vodka to be quite the tasty spirit with red apple and ginger. This is a collaboration with Spike Lee with and Absolut is donating $50,000 of the profits from the sale of Absolut Brooklyn to Habitat for Humanity in New York City. An excellent spirit on the palate and in the heart! The tasting featured a DJ mixing up some New York themed hip-hop and a certain member of the BourbonBlog.com team could keep himself from throwing down a little B-Dancing to celebrate.

It was bound to happen sooner or later. 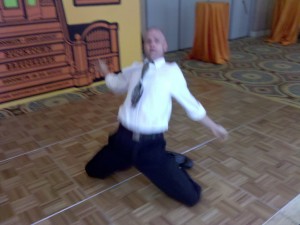 Breakdancing at the Absolut Brooklyn Vodka Tasting Room, Tales of the Cocktail

The last event of the day was the largest- Diageo’s ‘Cocktail Hour.’ The theme this year was ‘100 Years of the Cocktail’ with two cocktails featured for each decade. The historic Cabildo, part colonial church and museum hosted the event and my what an event it was. Many exceptional cocktail minds were in attendance, as were writers and spirit producers. Bourbonblog.com had a wonderful interview with the father and daughter bourbon team of Tom and Hollis Bulleit of Bulleit Bourbon.

We couldn’t have dreamed up a more appropriate end to such an eventful day. 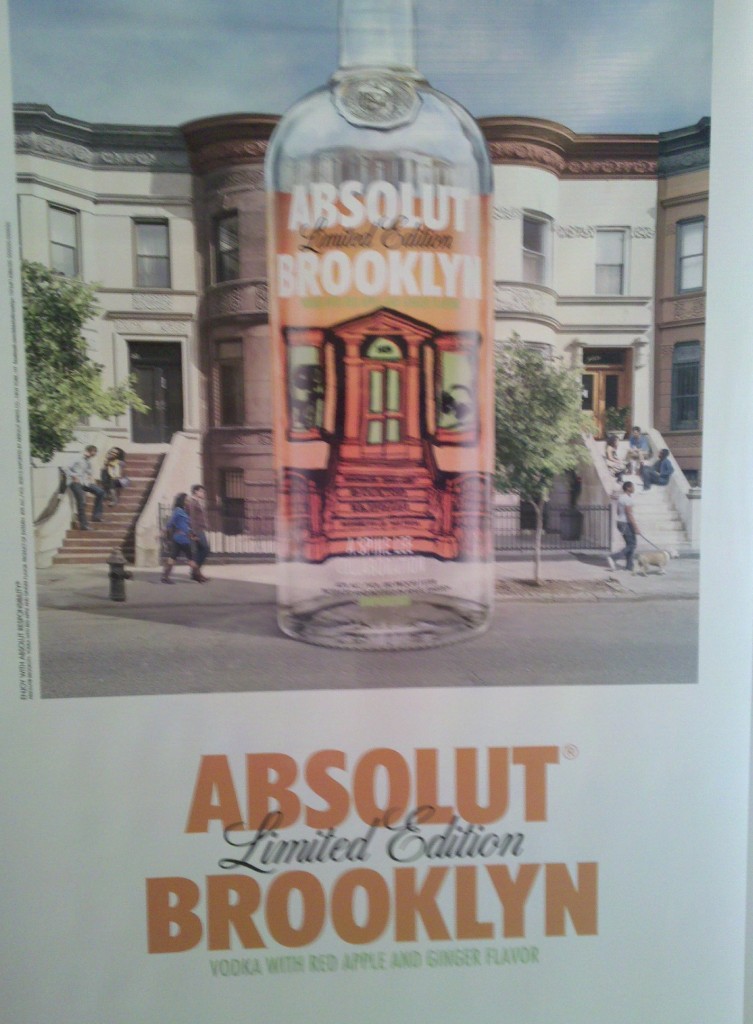