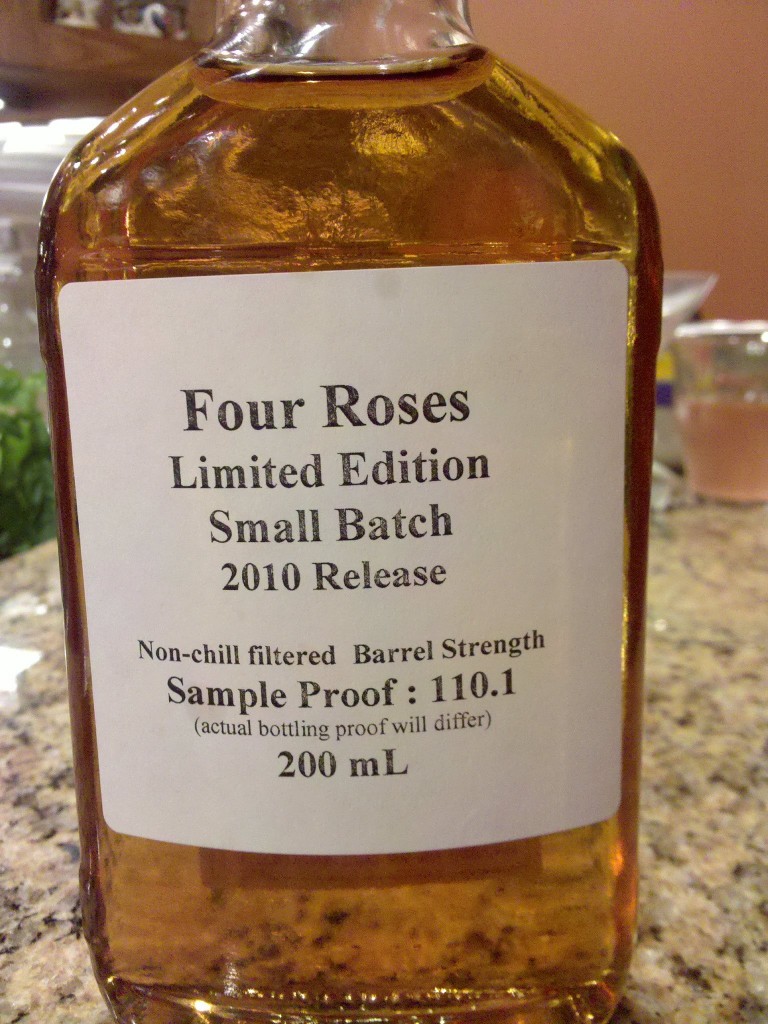 Nose: Vanilla and vibrant caramel with hint of citrus.

Taste: Bright and lively almond. Essence of marzipan, with a touch of cinammon and dusting of cocoa and nutmeg. Spicey and creamy. Like most all Four Roses Bourbons, this has a smooth, delicate mouthfeel and mellow character. However, the Four Roses Limited Edition Small Batch may be one of the most “mellow” Four Roses Bourbons we have ever reviewed given the proof. In fact, the first time I met Four Roses Master Distiller Jim Rutledge, he asked me to guess the proof of several of the Bourbons he was sampling me on. He explained that Four Roses Bourbons often taste to be a lower proof that what they are.

Bourbon review by Tom Fischer  and Stephen Dennisnon of BourbonBlog.com