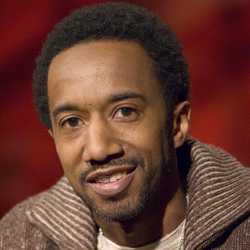 BourbonBlog.com congratulates Jim Beam Bourbon and ESPN as they launch a new web series called The Next Round – Served Up By Jim Beam, to be hosted by ESPN personality and award-winning journalist Scoop Jackson. The series will feature famous guests discussing the news with a focus on sports and pop culture. BourbonBlog.com is happy to have Beam joining the web series ranks as we’ve had our online web series, TV show, and content site centered around Bourbons and covering brands like Jim Beam for close to three years. For our extensive coverage of Jim Beam Brands, visit this link.

The Next Round, which launches Saturday, April 3, during the first commercial break of the 11 p.m. ET SportsCenter as well as on ESPN.com, will provide sports fans with a seat at the most exciting table in town. Each episode will feature Jackson and a range of guests – actors, athletes, media personalities and comedians – discussing the relevant topics of the moment. Known for his strong opinions and edgy perspective, Jackson has covered sports and culture for more than 15 years.

“This far-reaching media integration is a first of its kind for Jim Beam,”  Kelly Doss, senior director Bourbons, Beam Global Spirits & Wine, Inc tells BourbonBlog.com. “We like to create legendary experiences for guys, and we know that they bond over Jim Beam cocktails and sports – a perfect combination.”

New content will air every two weeks on ESPN.com, and portions of the show will air during the 11 p.m. SportsCenter on ESPN. Segments will be recorded in Los Angeles at a custom-built ESPN/Jim Beam studio and at six remote locations that will include cities hosting major sporting events throughout the year. The Web series premiere will be shot at a bar in Boston to coincide with baseball’s opening day. Additional shoot locations will be announced at a later date.

“We think The Next Round will resonate with our audience and create the kind of social currency that will elevate Jim Beam’s brand in the minds of their target consumers, while providing valuable content to our fans,”  Ed Erhardt, President, ESPN Customer Marketing and Sales tells BourbonBlog.com.

To drive viewership of the Web series, Jim Beam and ESPN are implementing a robust retail program with co-branded point-of-sale materials.

One Response to “Jim Beam, ESPN and Scoop Jackson with “The Next Round” new web show on ESPN.com”