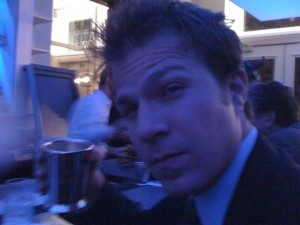 Z’s Fusion and Baxter Station join seven other bars and restaurants that feature at least 50 bourbons and are committed to the culture of bourbon: The Bar at BLU in the Louisville Marriott Downtown, Bourbons Bistro, The Brown Hotel Bar, Jockey Silks Bourbon Bar in the Galt House, Maker’s Mark Bourbon House & Lounge, The Old Seelbach Bar and Proof on Main.

Baxter Station Bar & Grill is located near Distillery Commons, an historic site where bourbon distilleries existed both before and after prohibition. More than 50 bourbons adorn the bar in the 117-year-old neighborhood tavern, which features classic American fare and is located at 1201 Payne Street.

Open to all residents and visitors age 21 and older, the Urban Bourbon Trail Passport program allows individuals to collect unique stamps from each of the nine participating stops and be rewarded with a special gift. New with this passport printing is a tiered prize system. Participants are encouraged to take their time enjoying Bourbon responsibly. The pace is entirely up to the participant as there is no time frame for completing the Passport. Those who visit all nine locations receive a t-shirt and a premium prize making them a “Trail Master,” while anyone who visits at least four locations will receive the t-shirt and be deemed a “Trail Blazer.” 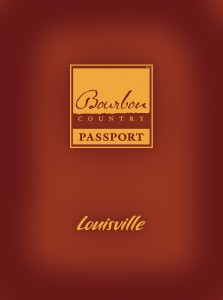 Within the 60-page Passport, each location is identified on a map with its address and a short description, along with space for notes and the stamp. The booklet also includes instructions on how to use the Passport, and pointers on how to taste bourbon like an expert. The “Just a Step off the Trail” section describes additional attractions, stores and restaurants where bourbon culture is celebrated. There is also a map and guide to the Kentucky Bourbon Trail distilleries.

Passports can be picked up at any of the stops on the Urban Bourbon Trail or at the Louisville Visitors Center, located at 301 S. Fourth Street. Visitors at the Center can explore an introductory exhibit of the Kentucky Bourbon Trail and purchase Bourbon Country merchandise, including the popular “Just Add Bourbon” line. For more information about planning a vacation to Louisville…The Gateway to Bourbon Country and the Urban Bourbon Trail visit www.JustAddBourbon.com.