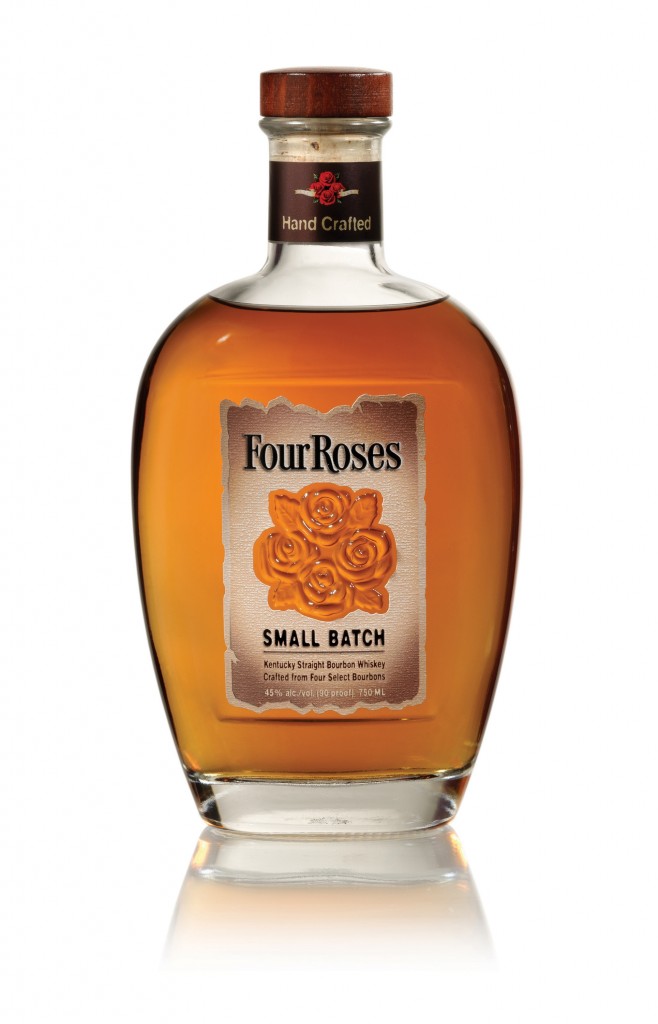 During the winter ice storm, February 2009, the BourbonBlog.com team was without power in our headquarters in Louisville. But we had a bottle of this, on the rocks, literally as in we could see our breath…
Bourbon: Four Roses Small Batch
Distillery: Four Roses, Lawrenceburg, Kentucky
Age: “The target age for our Small Batch is 6 1/2 years, but we don’t want to ever be in a position that we must wait on birthdays of barrels so the actual age is always over 7 years” – Master Distiller Jim Rutledge tells BourbonBlog.com
Proof: 45% ABV;  90 proof
Notes: The Small Batch is a blend of 4 Bourbon as Four Roses is the only bourbon distillery that produce 10 distinct bourbon recipes. Recipes included in the Small Batch are OBSK, OBSO, OESK, and OESO.
Color: Medium Amber
Nose: Crisp sugar and citrus, vanilla.
Taste: Somewhat dessert-like in nature. Think of buttery vanilla cake meets luscious, refined whiskey. Incredibly approachable. Rye is well-balanced with creamy flavors of sweet oak and caramel. Like many Four Roses Bourbons, it deliciously drinks as though you are having a much lower proof than 90. Quite versatile in flavor, mixes well in cocktails according to Jim Rutledge in the video episode below.
Finish: Delicate and light with soft and smooth touch. Pleasantly long.