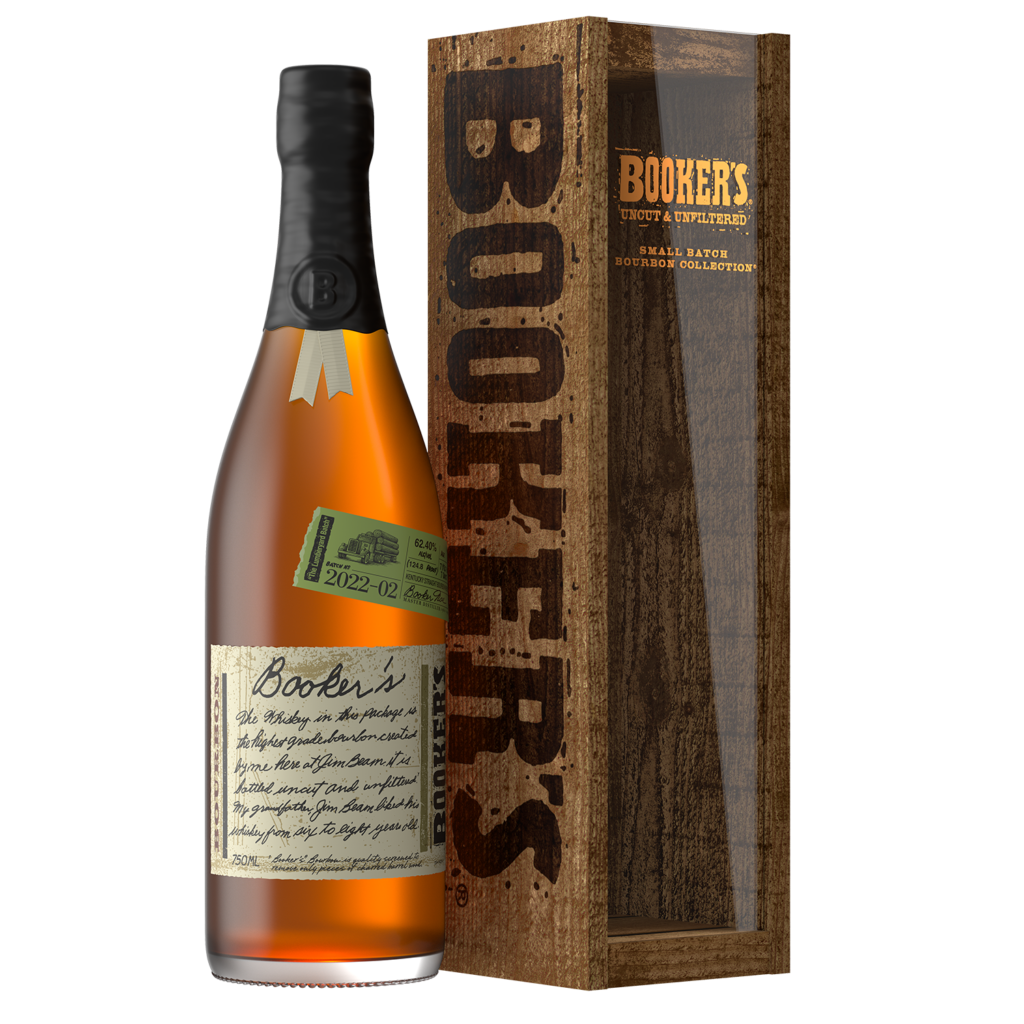 Jim Beam tells BourbonBlog.com that Booker’s Bourbon batch of its 2022 collection is being released now The new Booker’s Bourbon 2022-02 batch is known as “The Lumberyard Batch.” The release is available nationwide at cask strength in limited quantities with a Suggested Retail Price of $89.99 for a 750 mL bottle.

Watch the archived video at the bottom of this story of how the true barrel-proof Booker’s Bourbon was invented.  Interviews with the late Booker Noe himself included with Fred Noe, and subscribe to our YouTube.com/BourbonBlog for more Bourbon videos.

The Story of Booker’s Bourbon: The Lumberyard Batch

This batch is named in honor of the lumberyard that Booker Noe worked at during his pre-distillery years. While his journey to becoming a distiller wasn’t exactly a straight path, it led him to his true passion.
After a short stint at the University of Kentucky, Booker hitch-hiked across America in hopes of joining the Air Force.

After being accepted, the local police called his mom to verify his information. When Booker’s mom found out where he was, she convinced him to come home and work at the local lumberyard with Jeremiah
Beam, also known as Uncle Jere. Booker was strong, over 6 feet tall, and never backed away from physical labor of any kind, so he was a natural for the job.

Booker gave 110 percent during his time at the lumberyard, which eventually landed him his first role working at the distillery. From then on, the rest was history.

Since that first day, Booker held just about every job at the distillery and worked his way up to Master Distiller. Booker’s esteemed distilling career wasn’t given to him, he earned it. His experience at the lumberyard
shaped the solid work ethic and curiosity he is known for.