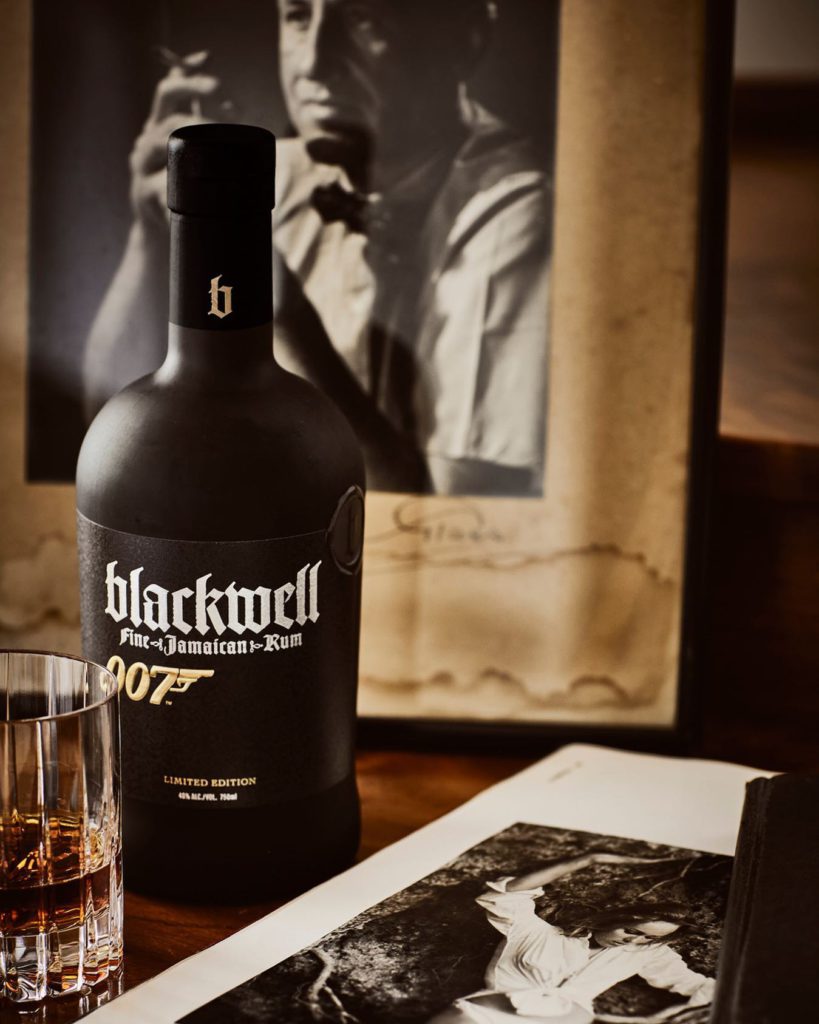 As No Time To Die is released and the movie is said to feature Blackwell Rum, Bourbon expert Tom Fischer interviews Blackwell Fine Jamaican Rum’s Geoff Curley in the video below and on this link.

Curley tells the story of Jamaican native and rum founder Chris Blackwell, who as a young man, worked as a production assistant on Dr. No in 1962, later purchased Ian Fleming’s Goldeneye estate, which became Goldeneye Luxury Resort  in Oracabessa, Jamaica In fact, some of the scenes in No Time to Die showing Bond living in his home in Jamaica were actually filmed at this very resort in Jamaica.

The entire story all came full circle as Blackwell Run was featured in the new “Bond 25” movie along with a partnership of a limited edition Blackwell Rum 007 bottle and expression available for sale at select retailers and on their website for $39.99 on BlackwellRum.com/shop.

(Photo Below: Chris Blackwell with Sean Connery Sand Ursula Andress on the set of Dr, No in 1962)

WATCH OUR VIDEO INTERVIEW AND REVIEW BELOW

It all came full circle as Blackwell Run was featured in the new “Bond 25” movie along with a partnership of a limited edition Blackwell Rum 007 bottle and expression available for sale at select retailers and on their website.

With regard to which scene to look for the Rum, JamesBondLifestyle.com seems to indicate in the image below as Daniel Craig reaching for his gun, In No Time To Die, he has been living at his house in Oracabessa, Jamaica..

Bond’s peace is short-lived when his old friend Felix Leiter from the CIA turns up asking for help. The mission to rescue a kidnapped scientist turns out to be far more treacherous than expected, leading Bond onto the trail of a mysterious villain armed with dangerous new technology.

The limited-edition Rum features an augmented reality experience available via a QR code on the bottle, where Blackwell, who is best known for discovering Bob Marley, comes to life to share life stories, music selections, cocktail recipes, and more. 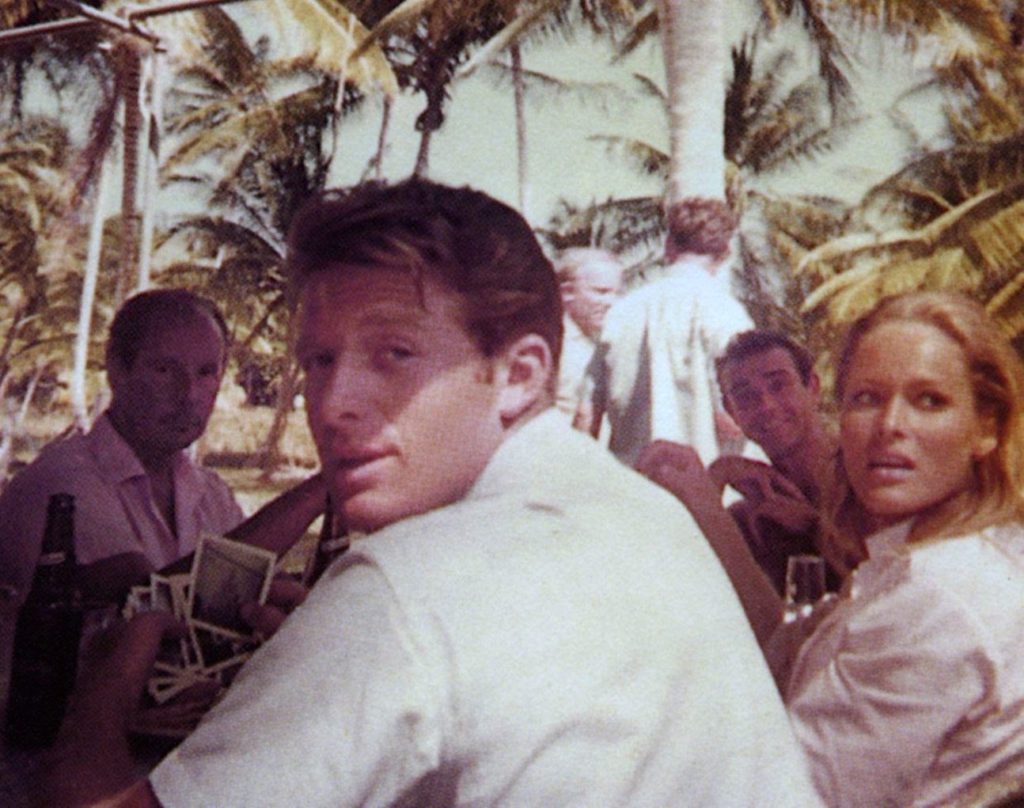 Listen to Our Bond Podcast Below

The Fine Jamaican Rum is inspired by his family’s time-honored recipe. This aged, rich, and fragrant dark gold rum is filled with the warmth and sensuality of Jamaica. “This is a rum that celebrates Jamaica, my friendships, and also my family legacy,” Chris Blackwell tells us. 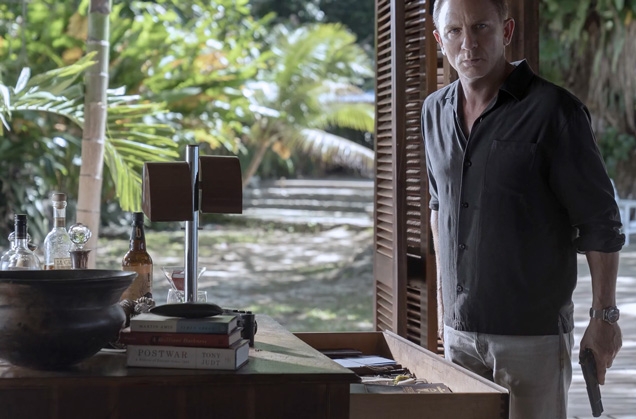 Once the Jamaica home of renowned author Ian Fleming, GoldenEye was developed by Island Records founder, Chris Blackwell, and opened as a resort in 2011. GoldenEye is home to private beaches, secret coves, a seawater lagoon and The Fleming Villa (where all 14 James Bond books were written). There are four dining options (The Gazebo, Bizot Bar, Shabeen and the Bamboo Bar), a newly expanded FieldSpa and accommodations that include Beach and Lagoon Villas, Lagoon Cottages, Beach Huts and an ocean front villa. GoldenEye is located 20 minutes east of Ocho Rios. It’s 90-minutes by car from Montego Bay Airport and a five-minute drive from Ian Fleming International (private aviation only). 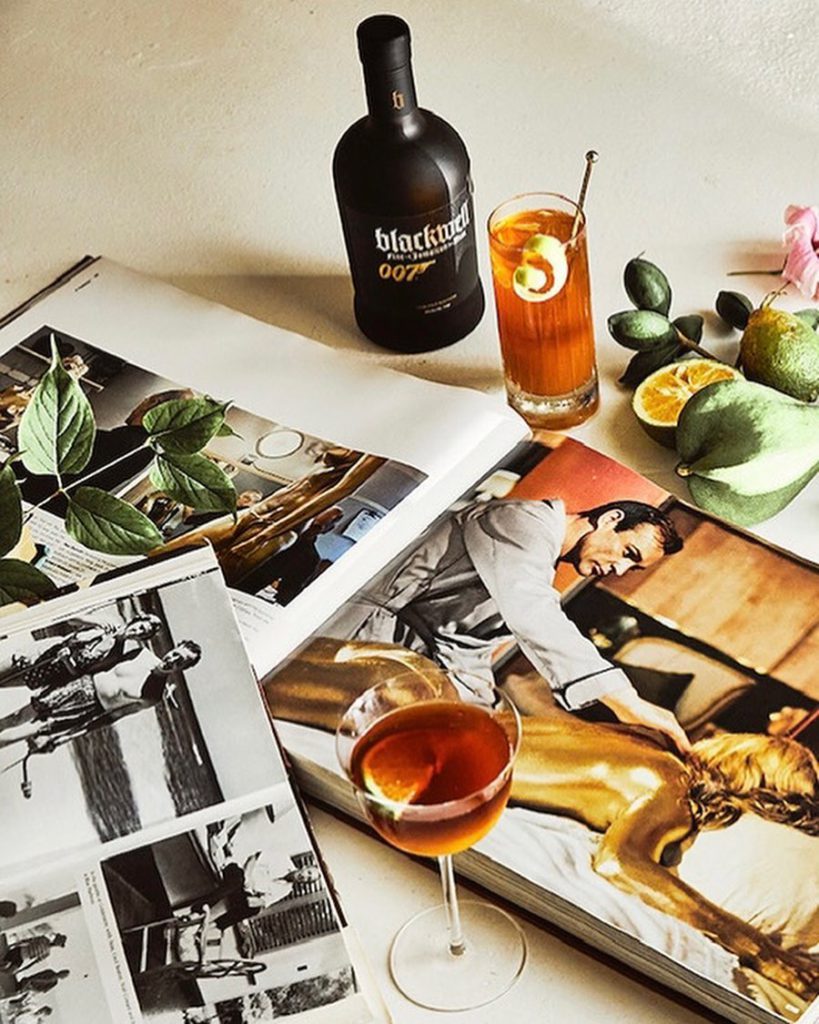