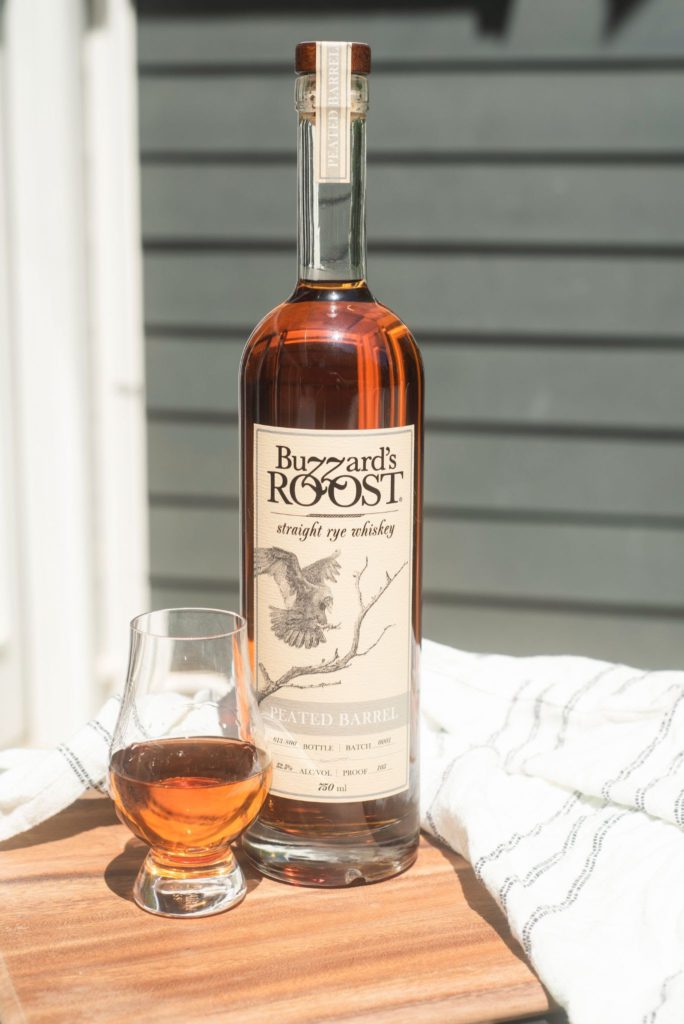 As enthusiasts continue to enter the category and become more adventurous, distillers are pushing the boundaries in American whiskey, one trend is the use of peat to give an American whiskey scotch appeal.

Some distillers, like State 38 out of Golden, Colorado, are achieving this effect by using Scottish peat smoke malted barley in the production process, while others like Buzzard’s Roost Sippin’ Rye Whiskeys are getting a peat-smoked flavor from their proprietary secondary barrel.

In scotch, the peaty flavor actually comes from the malting process when the dried barley absorbs smoke from burning peat. Some say peat may have been used in Scotland because there were few alternate sources of fuel. Whatever the origins, it is a distinct flavor associated with scotch.

Brauner has said that he’s created a bourbon lover’s rye but this is the first time he has created a rye  whiskey that appeals to scotch lovers. The nose on this Peated Barrel release is full of vanilla and caramel sweetness with underlying notes of rye and spice, and the palate has a sweetness that fades to subtle hints of fire-roasted peat. The finish has subtle hints of fire-roasted peat that is very reminiscent of a scotch-like finish.

I’ll soon be interviewing Jason Brauner, Master Blender of Buzzard’s Roost again and tasting this Peated whiskey with him. Check out my recent interview with him in the YouTube video link below.