Phillips was recently named Assistant Distiller, making her the first woman to serve in that official capacity for the iconic Tennessee Whiskey brand. Phillips will serve as a collaborator with Jack Daniel’s Master Distiller Chris Fletcher.

Phillips, who has worked in Lynchburg for more than seven years, previously was instrumental in Jack Daniel’s quality control and distillery operations, most recently serving as distillery lead operator. In her new role, she will support the overall quality and innovation of Jack Daniel’s from “grain to glass” and serve as a brand ambassador. 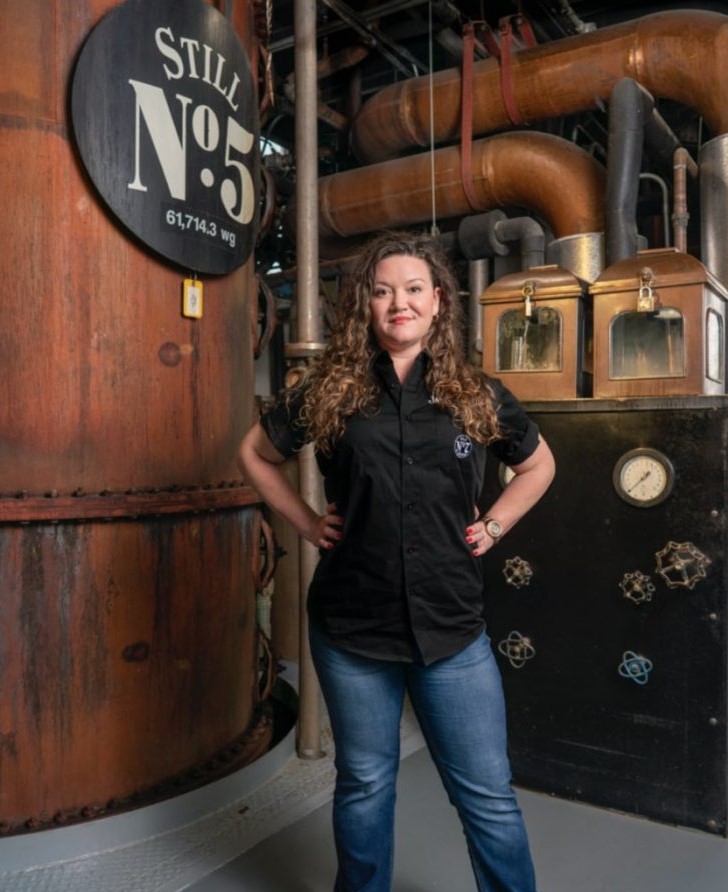 Born and raised just outside of Lynchburg, TN, Phillips is one of dozens of family members who have worked or currently work at the Jack Daniel Distillery. She played a pivotal role in the distillation and launch of the recently released Jack Daniel’s Tennessee Rye.

Phillips earned her degree in agricultural science from Middle Tennessee State University. Lexie and her husband Josh, who also works at the distillery as a processor, live in Estill Springs, TN