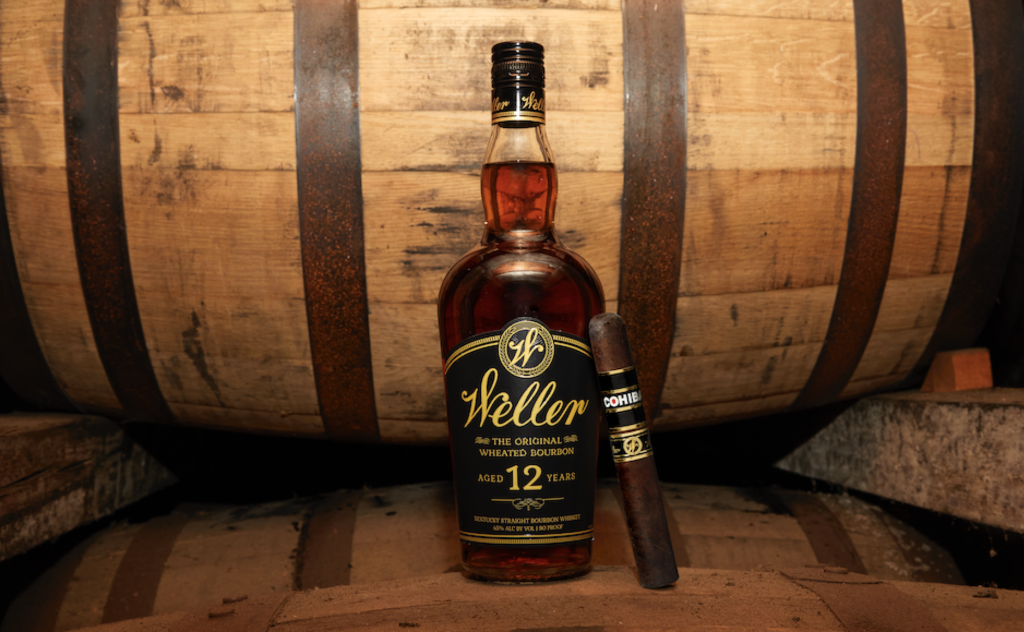 Cohiba tells BourbonBlog.com that they will launch Weller by Cohiba, the first Cohiba cigar to be created expressly for pairing with afine spirit.

BourbonBlog.com had already received a bit of a teaser on this product – though not the full details – as Sean Williams described he had been working on a project at Buffalo Trace in our video interview with him below as Sean and Bourbon expert Tom Fischer reviewed the Serie M Cigar.

Developed in partnership with Weller Bourbon, the limited edition Cohiba cigar was blended to complement Weller Bourbon, a rare and highly-coveted wheated bourbon prized by connoisseurs for its sophisticated, moderately sweet taste and intensely smooth finish.

The blend will be launched in one size, a 5.5” x 50 Robusto featuring Cohiba and Weller Bourbon branding elements, and presented in an elegant glass tube.

Weller by Cohiba will sell for a suggested retail price of $19.99 per cigar or $199.90 for a box containing ten cigars. The exquisite release will be available through fine cigar shops across the U.S. and begins shipping to select retailers today, on July 1.

Weller by Cohiba is a limited edition release. Cohiba will not disclose the number of cigars being produced by the artisans at General Cigar Dominicana in Santiago, DR. 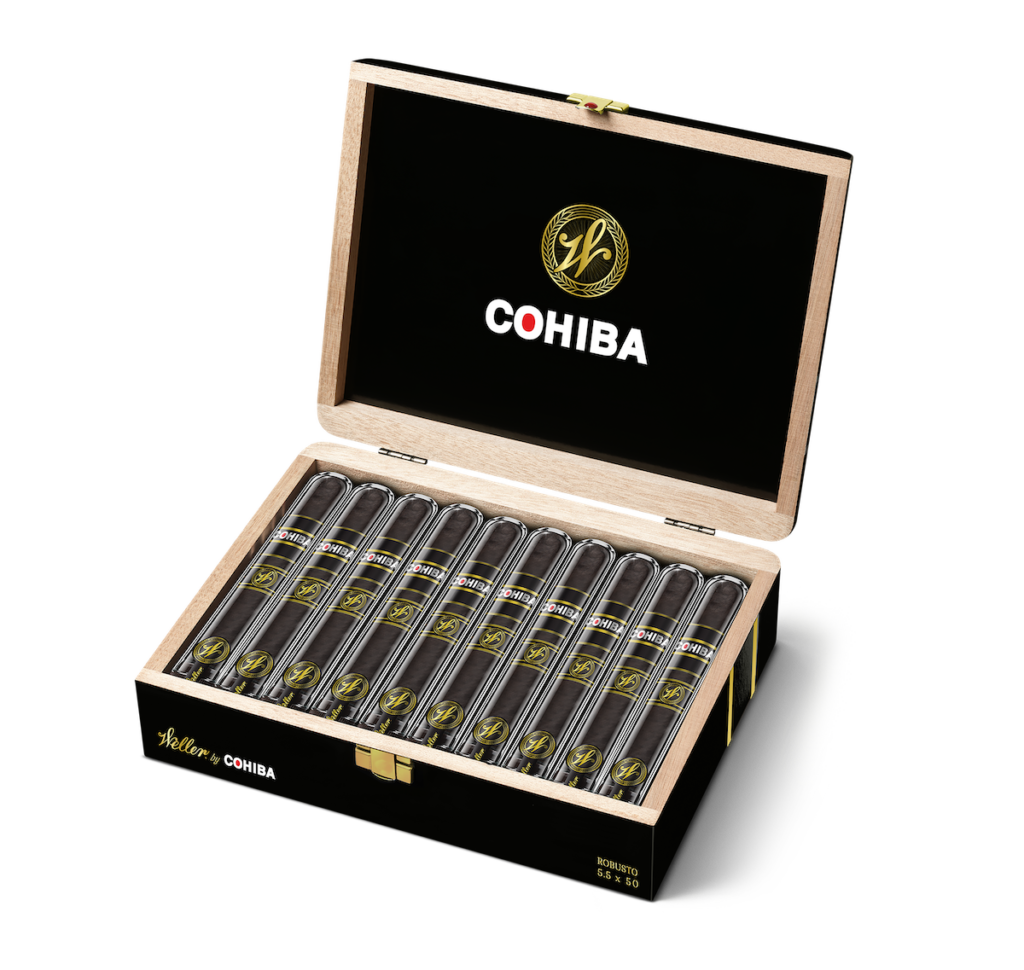 Future collaborations between Cohiba and Weller Bourbon are currently being explored.

Weller by Cohiba is being released on the heels of Cohiba Serie M, a blend that debuted to rave reviews in April. The result of a collaboration between Cohiba and the family-owned El Titán de Bronze Cigar Factory, Cohiba Serie M is handcrafted in Miami’s Little Havana district.

Cohiba Brand Ambassador Sean Williams tells BourbonBlog.com, “We blended Weller by Cohiba to be the ultimate cigar for spirits connoisseurs. The experience is rich and layered, imparting notes of cocoa, espresso and leather on the palate before cascading to a luxurious finish. While the depth and complexity of this cigar make it the ideal choice for pairing with your
favorite spirit, Weller by Cohiba is equally as extraordinary when savored on its own.”

Dressed in a hearty, full-bodied Honduran San Agustin Ligero wrapper and bound with Connecticut Havano Medio Tiempo, the blend is made with hand-selected tobaccos from Esteli and the remote volcanic island of Ometepe in Nicaragua. 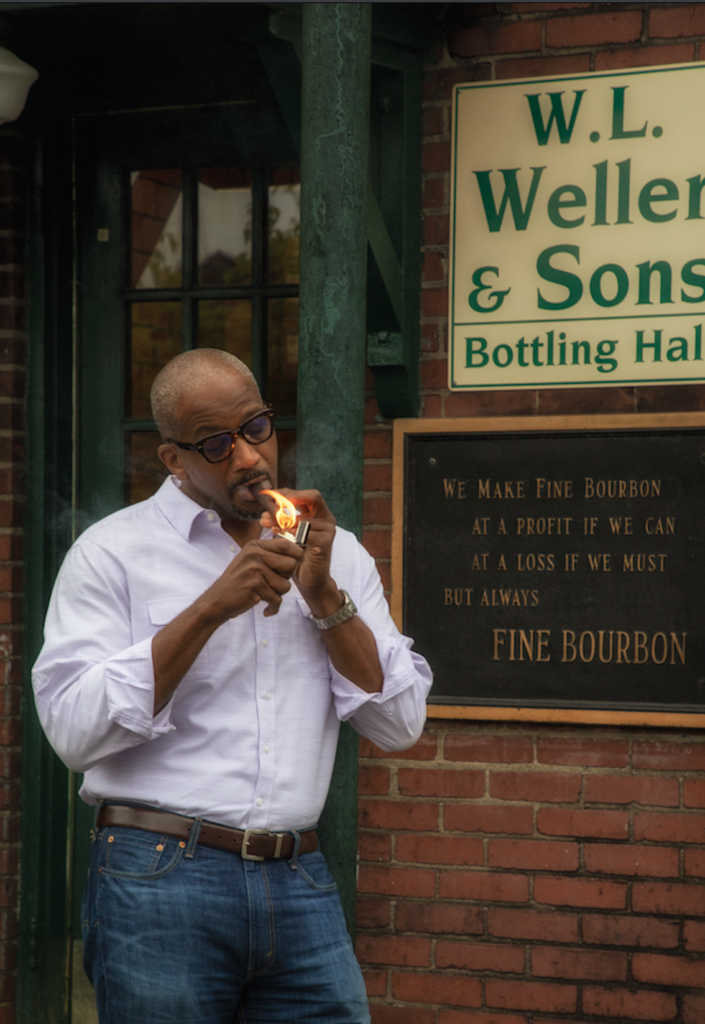 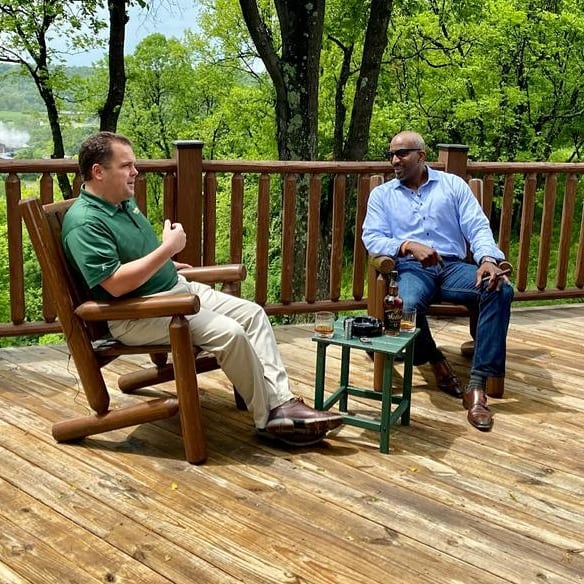