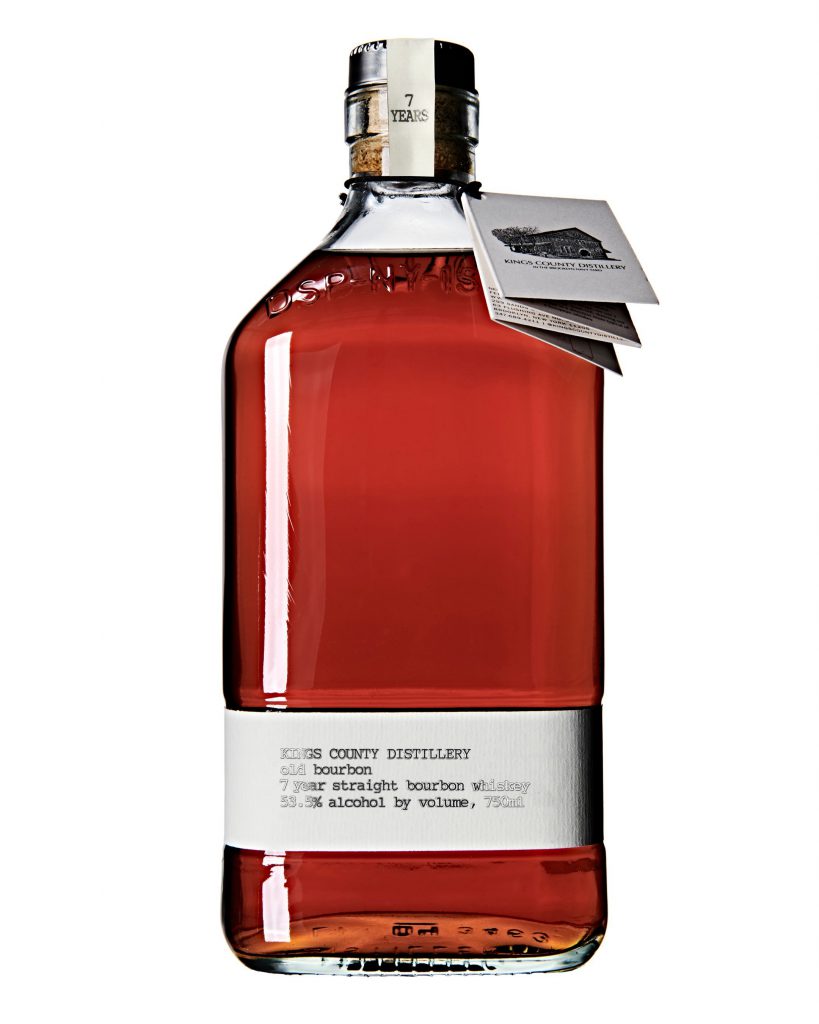 Kings County Distillery tells BourbonBlog.com the first in a series of rare and superlative single barrel whiskeys, to coincide with its 10th-year birthday celebrations.

Distilled in July 2013 and bottled at 107 proof, this barrel saw 34% angel’s share and spent its career in the greenhouse-like upstairs aging room in the Navy Yard distillery. Barrel forward and full of dry spice, this is the most traditional-flavored bourbon from Kings County. With silver foil on the label and a handsome wooden box (made in Brooklyn!), this is truly a celebratory whiskey.

We recently interviewed distiller and co-founder Colin Spoelman on our BourbonBlog.com/live series and we’re including that interview in the video below and on this link.

“Less than a handful of legitimate distillers outside of Kentucky have released an age stated whiskey of 7+ years,” distiller and co-founder Colin Spoelman tells BourbonBlog.com. “This coincides with a watershed moment for craft distillers. We’ve always known our whiskey compared well to whiskey in its peer age group, but we never had whiskey aged comparably to some of the best American whiskey until now. While we are still holding barrels for even longer aged whiskeys, we feel these older barrels mark another stage of maturity in our evolution as one of the most determined, creative, and uncompromising distillers in the country.”

The distillery also offers its whiskeys for sale to roughly 40 states online and through distributors in 22 states and 7 countries. It has reopened its tasting room, the Gatehouses, for outdoor consumption and tasting, and in place of tours is organizing live, distanced education events. T

he factory pivoted to hand sanitizer production from March to June, making it available online as a pay-what-you-can basis, as well as donating to front-line workers.