Watch the full Ellis Park Derby Race in this video link or above and check out other Kentucky Derby, horse racing, and Bourbon videos on YouTube.com/BourbonBlog.

Ellis Park Racing tells BourbonBlog.com that on Saturday evening, following a devastating performance at one of racing’s most historic tracks, the consensus within the Thoroughbred racing community was that the question of which horse would bear the burden of favoritism in the pandemic-delayed Kentucky Derby had been answered.

Barely 24 hours after Tiz the Law threw down the gauntlet with his sublime victory in the Grade 1 Travers Stakes at Saratoga Race Course, however, one of Kentucky’s native sons served up a reminder that he plans on being a hostile host to even the most intimidating of challengers heading to the Bluegrass September 5.

Sunday’s $200,000 RUNHAPPY Ellis Park Derby wasn’t the endgame for Bruce Lunsford’s homebred Art Collector, but the son of Bernardini looked every bit cranked for what lies ahead at Churchill Downs next month when he drew off to a 3 ¼-length triumph in the 1 1/8-miles race that headlined the biggest day in history at the track known as the Pea Patch.

With the coronavirus pandemic forcing this year’s Kentucky Derby to be delayed, Ellis Park was able to host its first-ever prep for the 10-furlong classic. 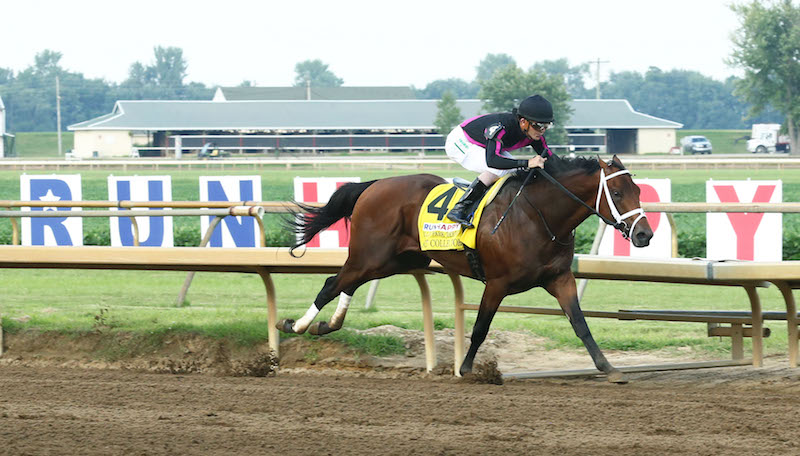 Its signature race offered 50 qualifying points to the winner toward the “Run for the Roses” and while Art Collector had basically locked up his place in the Kentucky Derby starting gate courtesy of win in the Grade 2 Toyota Blue Grass Stakes at Keeneland on July 11, the bay colt made sure to showcase how much upside is still within him.

His 2-5 status on the odds board told of the expectations he carried in his ninth career start and, as has been the case in each outing since joining trainer Tommy Drury’s barn earlier this year, Art Collector didn’t disappoint in the least in leading virtually every step en route to his fourth consecutive victory.

“I’m surprised that my legs are still holding up underneath me,” Drury said.

“It’s a big day for us. We got what we were looking for. We wanted to get enough out of this without overdoing it. (Jockey) Brian (Hernandez) even mentioned coming to the eighth pole that he was going a little too easy, so he let the reins out a notch just to let him finish on up. He was going away from the end of it and that’s kind of been him every race this year. That’s all you can ask of one. Every time we throw something at him, he answers the question and handles it with flying colors.”

Art Collector has proven during his recent streak he can win with virtually any kind of setup, having come from off the pace during his victory at Churchill Downs on May 17 and sitting a stalking trip in his Blue Grass Stakes triumph. When he got away without issue out of post 4 in the Ellis Park Derby, he used it as the latest opportunity to flaunt his frontrunning ability.

After clicking off the opening fractions of :23.33 and :46.74 with 165-1 longshot Truculent sitting just off him in second, Art Collector faced a brief threat when Dean Martini loomed up approaching the far turn and Attachment Rate followed suit in the three-wide path.

“Our horse broke sharp and I put him in the race,” winning jockey Brian Hernandez Jr. said. “He was going quick enough but at some point, I knew I’d be able to give him a breather. He was able to take a breather going into the second turn. And once he did that, I was pretty confident in him.

“This is huge. We’re going into the Derby now with a legitimate horse. Like we said after the Blue Grass, he’s proven he’s getting better and better with each race. He showed it again today. He put everyone away. He did it all on his own and ran away from there.”

Attachment Rate was 5 ¼ lengths clear of Necker Island in third with Rowdy Yates and Shared Sense completing the top five.

“How do you knock a horse like that? He’s pretty versatile,” Joe Talamo, jockey for Attachment Rate, said of Art Collector. “He’s won in front, come from behind. He’s a really good horse, for sure.”

Bred in Kentucky by Lunsford out of the Distorted Humor mare Distorted Legacy, Art Collector began his career with trainer Joe Sharp before being transferred to Drury prior to his first start this season. And where Tiz the Law has suffered his only career loss at Churchill Downs – running third over a sloppy track in the Grade 2 Kentucky Jockey Club Stakes last November – Art Collector owns two wins beneath this Twin Spires this season and crossed the wire first there in a race over a sloppy track November 30 before being disqualified when he was tested positive for levamisole, a deworming agent.

“Tiz the Law will be the favorite. But everybody who’s going to be there in the Kentucky Derby, they’ve earned their chance,” Hernandez said. “You have to go in there with an open mind and just read your race. The biggest thing we’ve done through this whole journey is we just have to trust our horse. Let him take us there, and that’s what he’s doing.”

Art Collector now has 150 qualifying points toward the Kentucky Derby and improves his overall record to five wins from nine starts with $664,380 in earnings.

Art Collector started his career last year on grass, where he won a maiden race at Kentucky Downs in his second start. 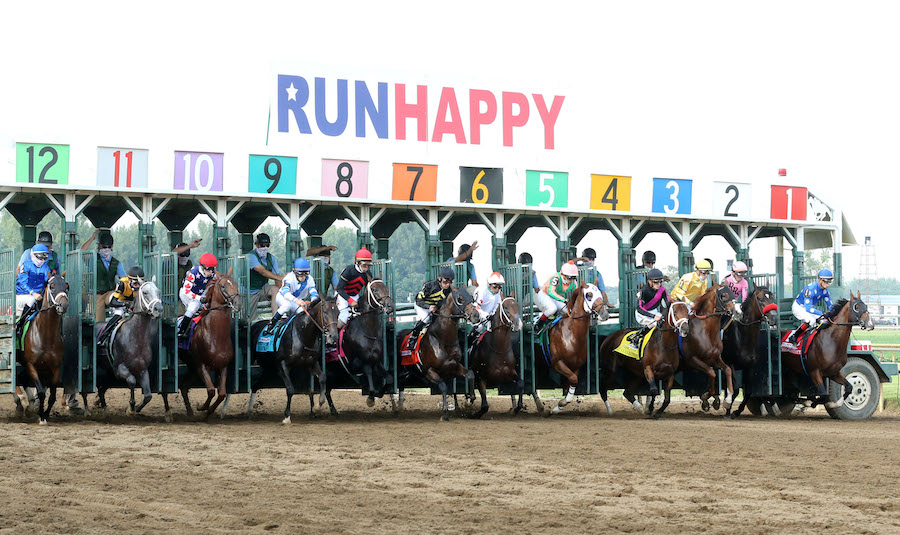