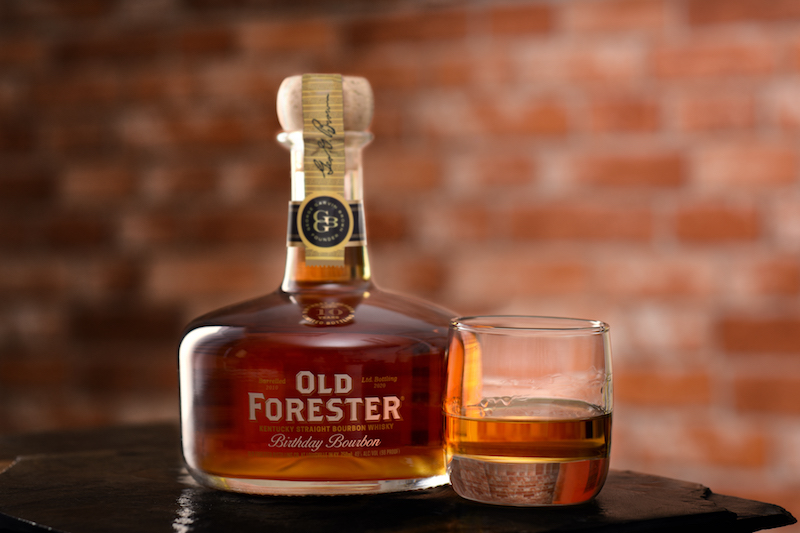 This year marks the 150th year of the company he began in 1870. The 2020 Old Forester Birthday Bourbon is offered at a suggested retail price of $129.99. Birthday Bourbon will be available for purchase nationwide on an extremely limited basis.

The full allotment of the product represents one day’s production of Old Forester.

This is the third Birthday Bourbon to be bottled at the Old Forester Distilling Co. on Louisville’s Historic Whiskey Row. Hand-selected by Master Distiller Chris Morris and Master Taster Jackie Zykan, this small batch bourbon offers a unique character and flavor profile that will never be replicated.

For a taste of last year’s release, watch our interview with Jackie Zykan below.

The History of Birthday Bourbon and George Garvin Brown:

George Garvin Brown was a pharmaceutical salesman and became the first to seal his whiskey, Old Forester, in a glass bottle – an innovation the spirit industry still uses today. As the brand behind the First Bottled Bourbon, Old Forester has had its share of historical milestones its 150-year history, with quality and consistency remaining at the forefront.

“Being part of the Birthday Bourbon selection process is one of my favorite parts of my job because of the legacy and tradition this expression represents,” said Jackie Zykan, Old Forester Master Taster. “We’re really proud of what we’ve produced this year and think it’s a great way to celebrate George’s birthday and Old Forester’s historic anniversary.”

“Founded by my great-great grandfather, Old Forester the only bourbon brand with an uninterrupted ­150-year history, sold by the same family company before, during and after Prohibition,” Campbell Brown, Old Forester President tell  BourbonBlog.com.

“Birthday Bourbon is the perfect way to celebrate his birthday and this milestone year makes it even more special. Its annual release has become something that bourbon lovers anticipate, and we really believe that the 2020 version is one of our best yet.”

For more updates on, subscribe to our newsletter on this link.