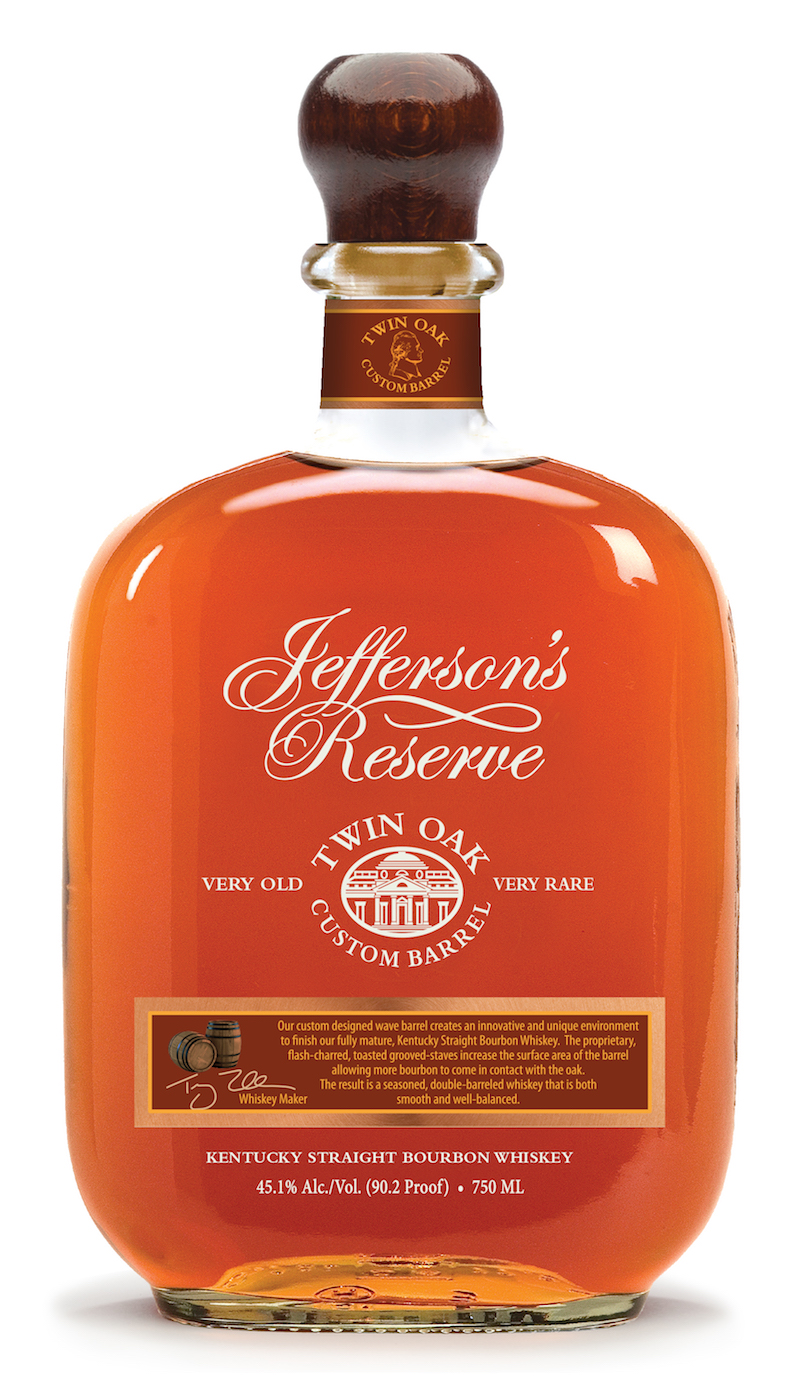 Jefferson’s Bourbon tells BourbonBlog.com they have taken maturation technology to the next level with their latest release of Jefferson’s Twin Oak Custom Barrel. For this 10-year-old Jefferson’s Bourbon, the whiskey is finished in a custom barrel for 4 months.

Jefferson’s has partnered with Independent Stave Company (ISC) to develop a this new custom barrel design for Jefferson’s. Jefferson’s Twin Oak Custom Barrel is available for $79.99 at select retailers.  For now, this release is a limited run. The brand indicates that depending up on the success of it, there could be more releases of it

As a result of a six-year experiment, the new “Zoeller Jefferson’s” barrel creates an innovative and unique environment to finish the fully mature Kentucky Whiskey.  The Jefferson’s barrel is made from grooved staves increasing the surface area of the barrel allowing more bourbon to come in contact with the oak at the peak of flavor.

The barrel is toasted to a specific time and temperature recipe and then flash charred. The result is a tremendously full flavored, complex, balanced bourbon from a seasoned, double-barreled whiskey. 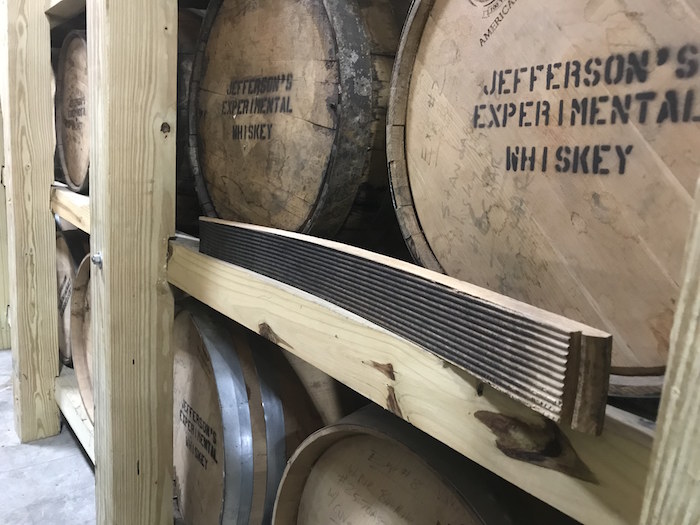 Trey Zoeller, CEO and founder of Jefferson’s Bourbon, worked closely with the ISC’s cooperage in Lebanon, MO by becoming a barrel chef for a day. After dozens of experiments, Zoeller was able to learn more about how barrels were prepared for wine and spirits. ISC and Zoeller played with a combination of seasoning, charring, toasting and finally landed on incorporating a grooved stave barrel, giving the bourbon a mocha flavor, resulting in the development of a custom barrel. 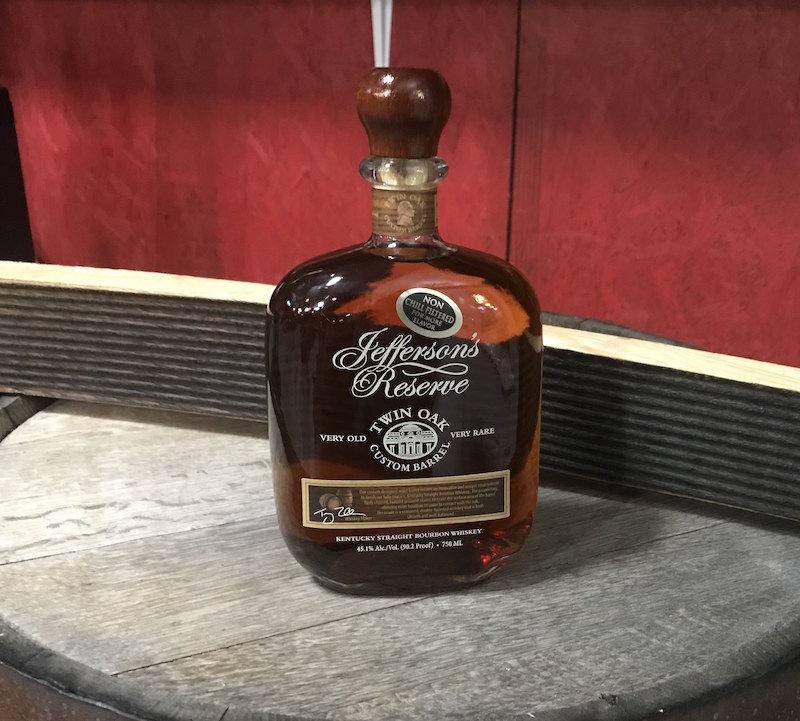 “We are really excited to collaborate with Independent Stave Company for this innovative new bourbon,” Trey Zoeller tells us.

By increasing the surface area of the barrel, we’ve been able to impart so much more of the barrel’s flavor into our whisky, creating a unique taste unlike many of our previous Jefferson’s products.”

This is a limited run release. Depending on the success of the product, there may be more releases of Twin Oak.

Stay tuned to BourbonBlog.com for the review and for more Bourbon updates, subscribe to our newsletter on this link.