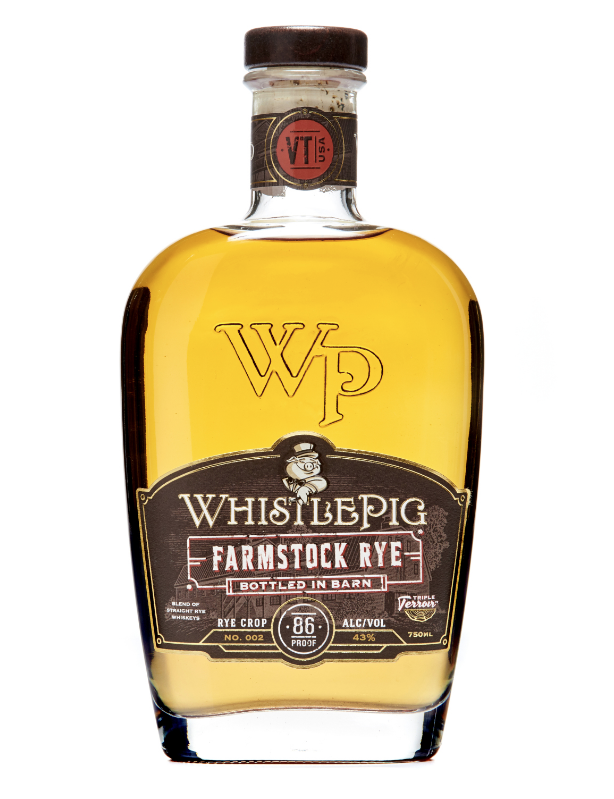 As BourbonBlog.com was first to break the story on WhistlePig’s FarmStock series last year, WhistlePig Rye Whiskey tells us the release of the 2018 FarmStock Rye Crop
No. 002 is happening now. The limited release is hand bottled at 86 proof, and the suggested retail price of $72.99. 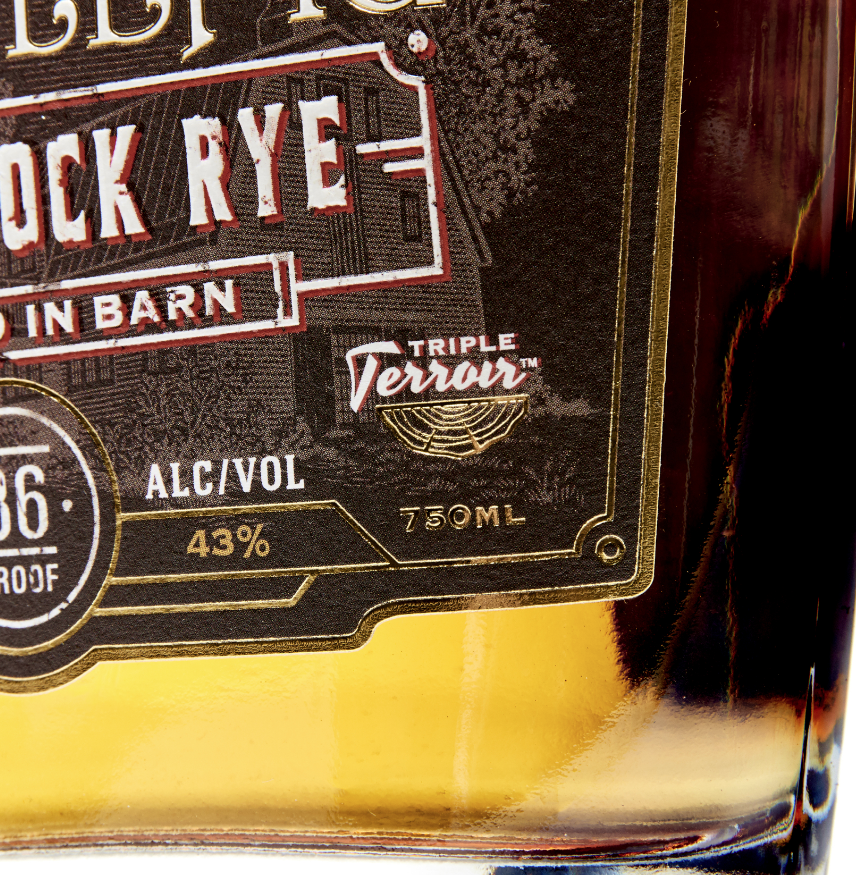 The back label as shown below clearly outlines the three whiskey’s involved in the blend. In fact, this is label features the “Triple Terroir” trademarked logo and name.

Raj Bhakta has told BourbonBlog.com in previous interviews this event could be 8 to 10 years from now. Thus, this gives WhistlePig fans and whiskey enthusiasts to follow the steps of flavor and progress of the distillery along the way.

Rye Crop 002 begins with WhistlePig’s two-year aged whiskey, made from rye grown on the farm. The whiskey is aged in Vermont oak barrels made from locally harvested trees that feature a truly unique char and toast designed by Master Distiller Dave Pickerell.

The estate whiskey is then balanced with 6 and 10-year old Ryes from their special reserves to marry the wildness of youth with the richness of age. The final
No. 002 blend increases FarmStock’s Triple Terroir expression by 12%, bringing it to 32% in total.

Promoting Inclusion and transparency in the North American whiskey category, the FarmStock Rye Crop 002 blend was crowdsourced from over 500 bartenders, influencers and consumers at blending events taking place at the WhistlePig farm and across the United States over the last 6 months.

“By boosting the percentage of WhistlePig two-year-old distillate from 20% to 32%, as well as changing up the other component whiskeys in the blend, we’re looking at a whiskey that drinks even easier than
001 did. 002 takes well to ice and cocktails, and hits you with a big burst of vanilla, citrus, and rye spice.”

“We also get a beautiful balance with some of the fruitier and more oak-like flavors from the more mature component whiskeys.” 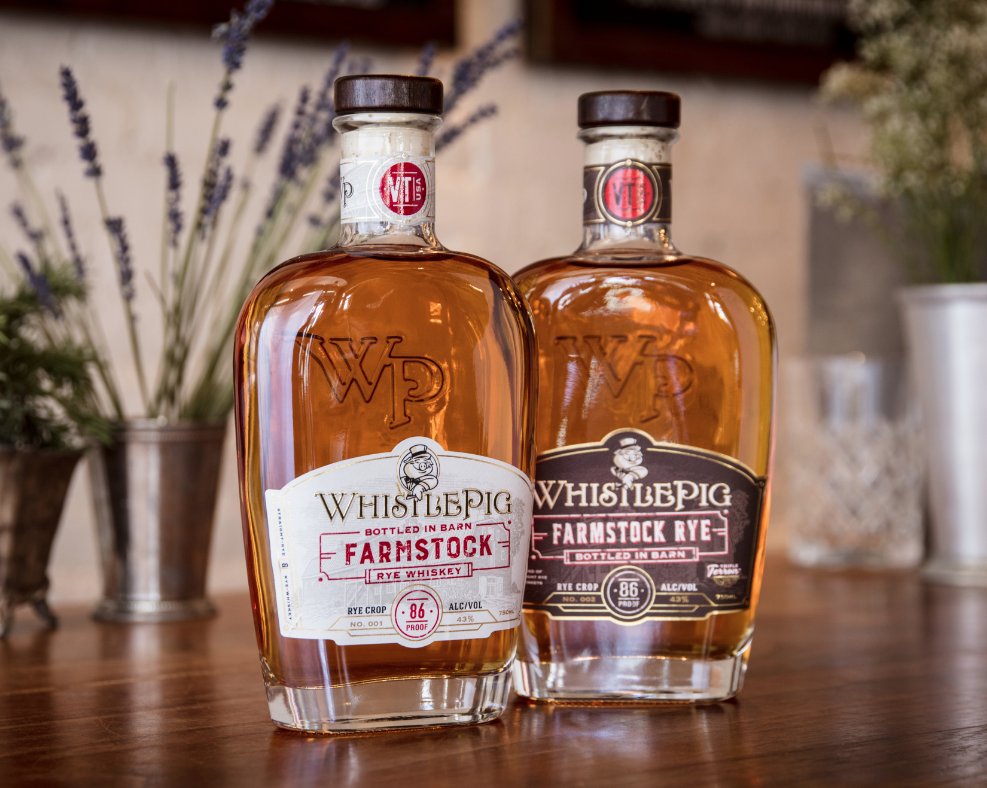