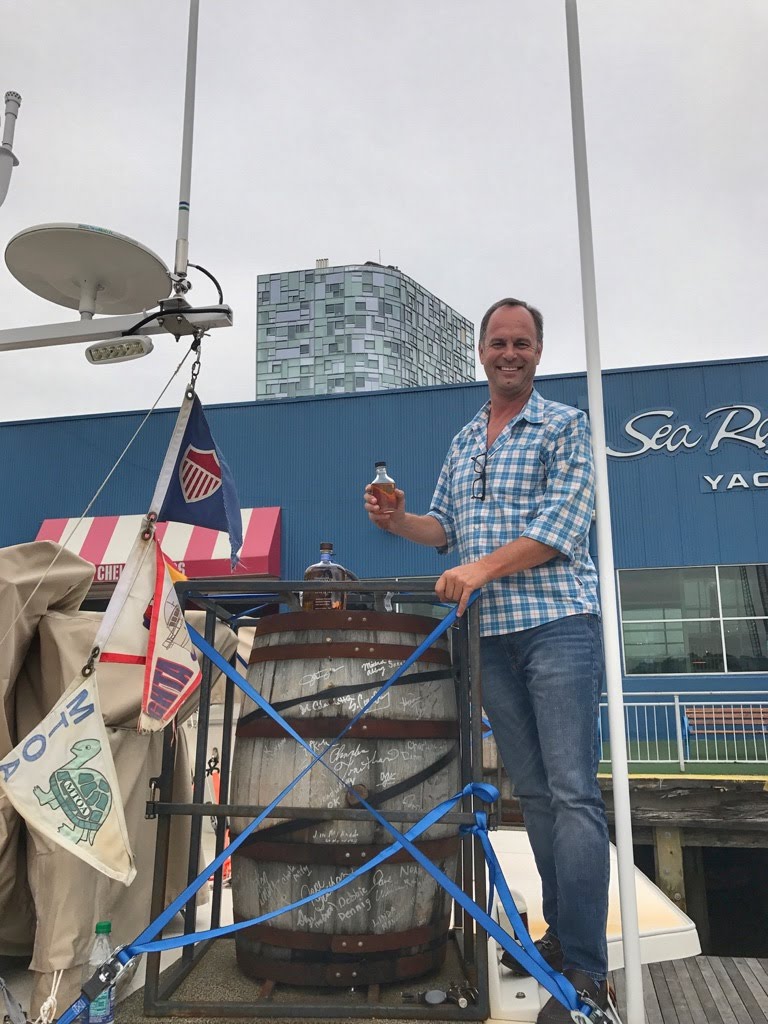 A year to the date, the Jeffersons’ Journey project lands in New York carrying two barrels of Bourbon that experienced a tropical storm, two hurricanes, while each barrel being transferred into a new barrel due to damages.

Listen to my podcast interview above (or on this link) as Trey Zoeller, Founder, and Owner of Jefferson’s Bourbon tells BourbonBlog.com the story that has yet to be reported on any other media outlet in this detail.

Jefferson’s hoped the journey would give them an October 2016 landing.The journey was from Kentucky to Louisiana, then onto New York by way of Florida.

The journey took the barrels initially from Kentucky to Louisiana, then to Florida before finally arriving in New York. The two barrels are  named “I’m on a Boat” and “Fantastic Voyage.” 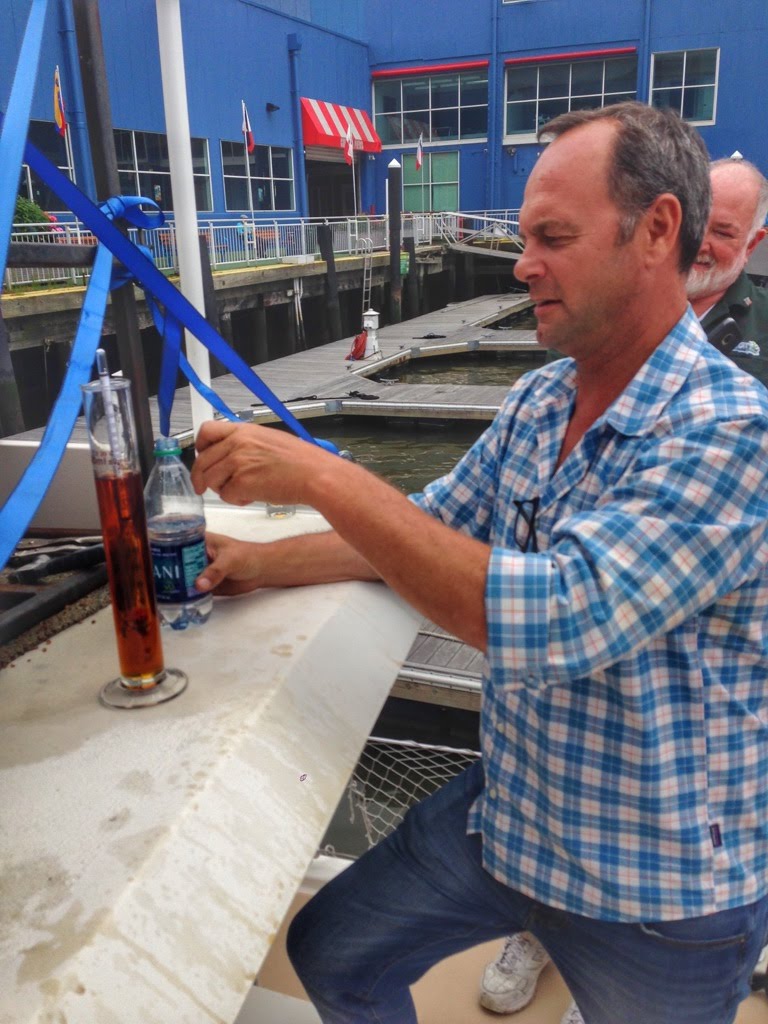 Almost a year ago, I interviewed Trey Zoeller in this interview when as the barrels were loaded on in Kentucky. The project was originally called “Jefferson’s Reserve Float Trip.”

As I interview him today on this podcast, Zoeller says after tasting from the barrel, he thinks this is the smoothest whiskey he has ever drunk with notes that he’s never experienced on a Bourbon. According to Zoeller, one of the notes that was strongest and most surprising was a honey note.

Because of the long journey and investment, Zoeller says he thinks this will be the most expensive Bourbon that will be put in a bottle.

Jefferson’s Journey Package Will Be Released By Fall 2017

On or before the fall of 2017, two 200 ml bottles will be released in a “Jefferson’s Journey Package” for retail giving consumers the chance to taste the final product and also a “control bottle.” The control bottle will be from a barrel aged and distilled on the same day for 18 months aged in Jefferson’s Crestwood, Kentucky warehouse on land.

While the price of the package hasn’t been determined, a number of packages will also be donated to raise funds for non-profits like John Besh’s Foundation and  Ocearch.org.

Zoeller estimates that the two barrels will yield less than 1,000 of the Jefferson’s Journey Packages. 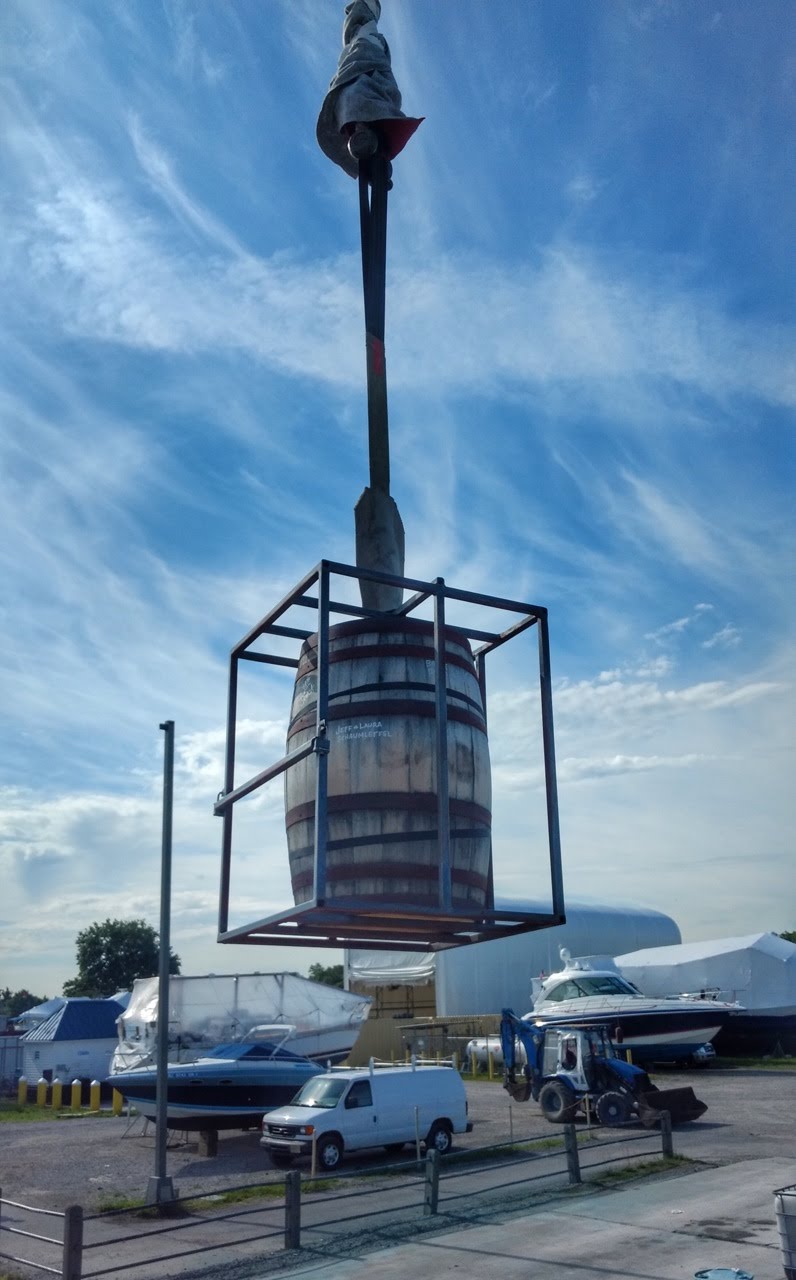 Zoeller says he had wanted to make this year journey for a number of years to research his hypothesis on why Bourbon proliferated in Kentucky.

Historically waterways gave Kentucky access to New Orleans and other ports. Additionally, Zoeller believed that the rocking and agitating of the whiskey traveling down the river gave Kentucky Bourbon it’s historic flavor more similar to Jefferson’s Ocean, Aged at Sea, Bourbon than what we know today on traditional Bourbons.

While Limestone water and fluctuating temperatures play a role, Zoeller thinks that this Jefferson’s Journey research helps support his hypothesis.

At some point, Zoeller says he wants to commercialize the product to make it available on a larger scale like Jefferson’s Ocean. He plans to have scientists reverse engineer and study molecular components of the Jefferson’s Journey Bourbon to look for ways to make it easier to replicate this process on a larger and more cost-effective scale.

For more Bourbon updates and news, subscribe to our newsletter on this link. 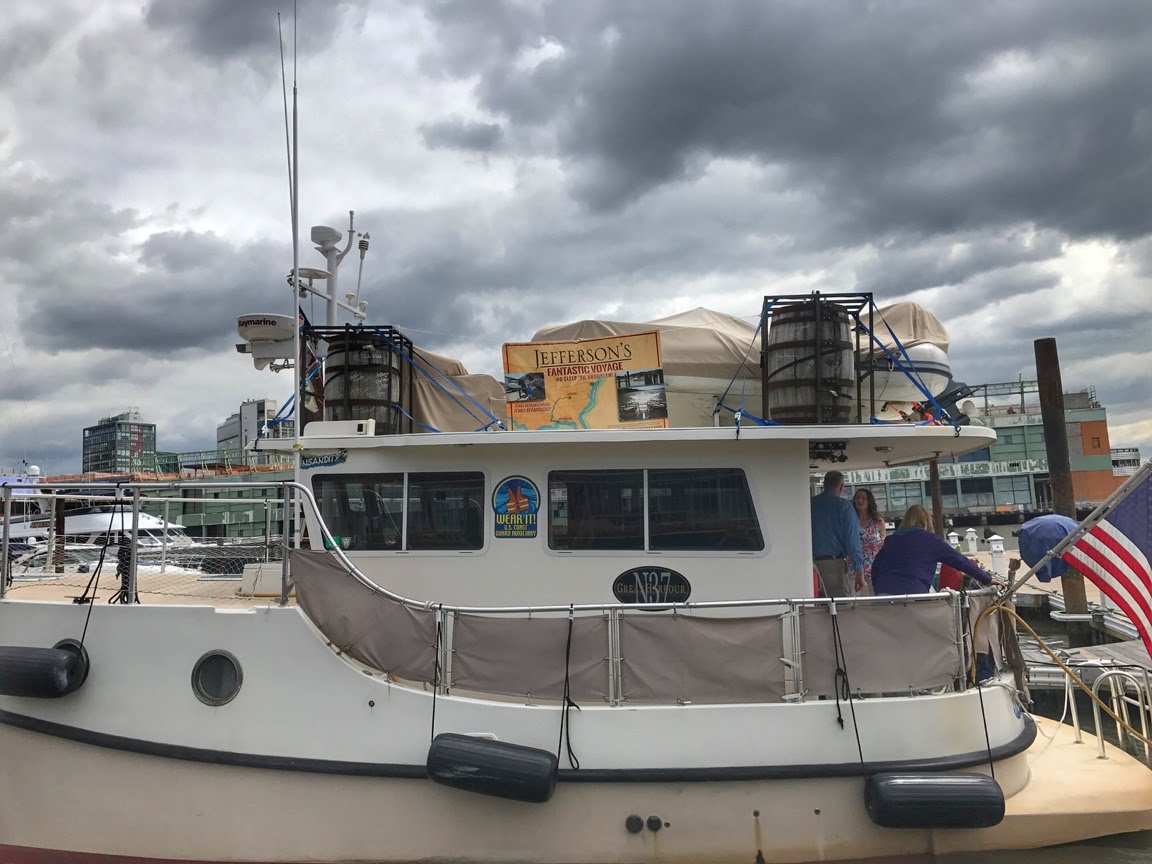