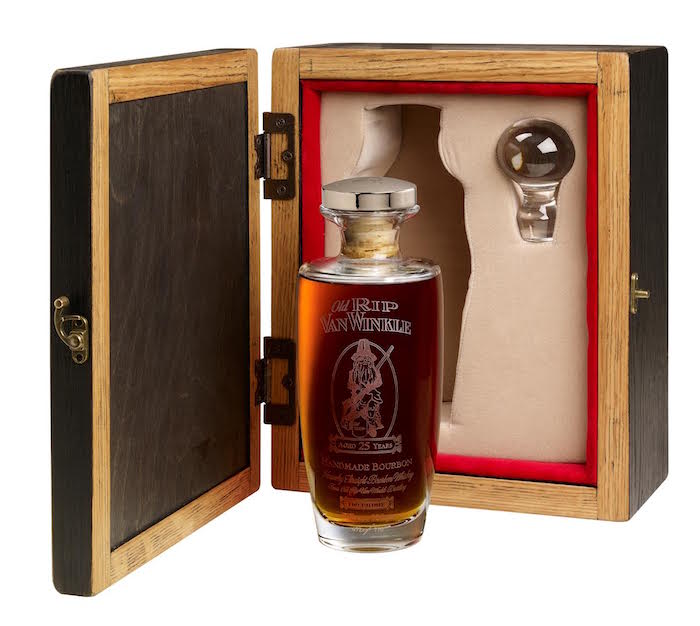 Old Rip Van Winkle Distillery tells BourbonBlog.com they will release a one-time bottling of Van Winkle bourbon at 25 years old in April 2017 for $1,800 for a 750 ml bottle.

Only 11 barrels comprise this very small batch bourbon, making the 710 bottles especially rare. Obviously, this will be much harder to find than the usual Van Winkle whiskeys with a predicted large asking price on the secondary market.

The barrels were distilled in the spring and fall of 1989 and stored on the lower levels of a metal clad warehouse built in 1935 at the Van Winkle family distillery in Shively, Kentucky.

In 2002 the barrels were moved to Buffalo Trace Distillery, where they continued to age for another 12 years on the lower floors in Buffalo Trace’s brick warehouses. The lower
floor placement helped preserve the sweet, mellow notes of the world-famous wheated bourbon recipe.

In 2014 the Buffalo Trace team moved the barrels into stainless steel tanks to halt the aging process and preserve the rich flavor profile that the distillery says fans have come to expect from the Van Winkle line. 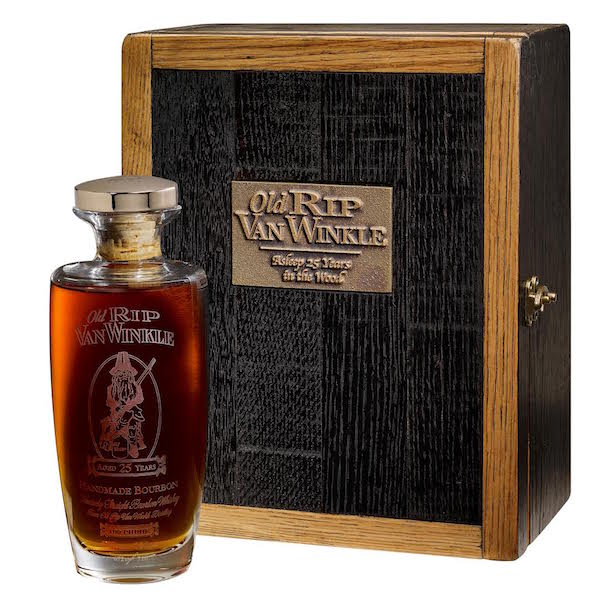 Each bottle is a handmade glass decanter from Glencairn Crystal Studio. The bottle information is engraved on each decanter, individually numbered, and hand finished with a silver stopper. A glass top for the decanter is also included.

Each decanter is packaged in a handmade wooden box crafted in North Carolina by James Broyhill II of Heritage Handcrafted. The lid is constructed using the oak staves from the 11 barrels that held this bourbon. The outside of the box bears a metal plaque with the Old Rip Van Winkle logo and states “asleep 25 years in the wood.”

Inside each box, along with the decanter and glass top, is a bourbon certificate of authenticity, numbered and signed by Julian Van Winkle, grandson of original founder Julian P. “Pappy” Van Winkle, Sr.

“We are excited to be able to offer something so unique and rare for our most devoted fans,” Julian Van Winkle, president, Old Rip Van Winkle Distillery tells BourbonBlog.com.

“This is a once in a lifetime offering and the beautiful decanter and wooden box just take it to the next level and make it something in which I’m very proud to be associated.”