Woodford Reserve tells BourbonBlog.com their 2016 Master’s Collection will be a Brandy Cask Finished Bourbon, bottled at 90.4 proof and available in November at $99.99 suggested retail. As this is the first whiskey to be finished in used Korbel Brandy casks, Woodford says their new expression is another product showcasing their continued appreciation and commitment to innovation and craftsmanship.

Upon completion of the maturation period, the finished casks were batched together to create this one-of-a-kind whiskey with crisp caramel and dried fruit notes. Finishing fully mature Woodford Reserve in these brandy casks accentuated Woodford Reserve’s rich dried fruit and nut characteristics developed from the grain recipe and fermentation process. 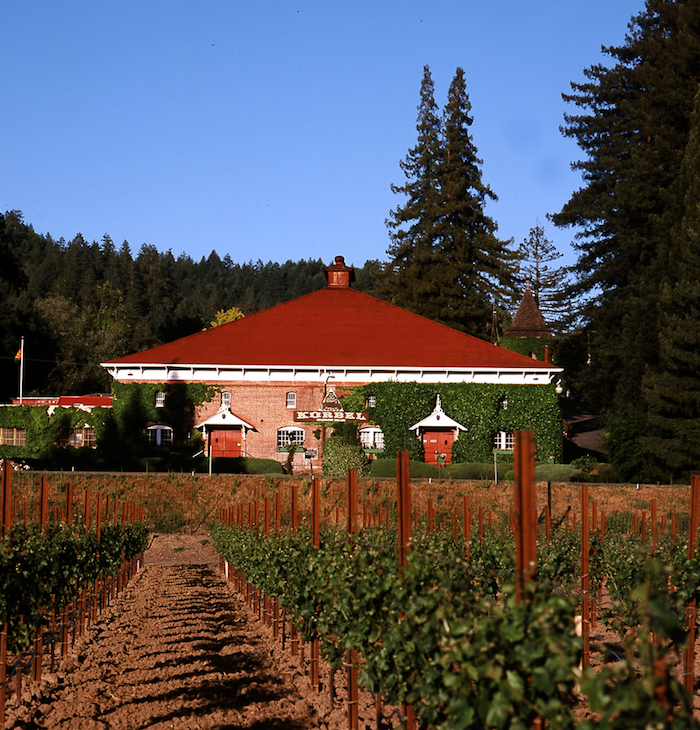 “Among Woodford Reserve’s many flavors include fruit and spice notes which the brandy casks emphasize. Both products showcase rich, intense vanilla notes from their barrel maturation making the combination of the two a true success.”

(The Korbel Winery in  Guerneville, California shown above)